The needed resources to implement "Cures" legislation makes it critical that user fee programs for drugs are reauthorized well before they expire on Sept. 30.

The new law shores up FDA operations and funds biomedical research at the National Institutes of Health (NIH), including the Obama administration’s Cancer

Now FDA faces the daunting task of preparing the many new guidances and establishing new procedures within the tight timeframes specified in the legislation. One complication is that the additional $4.8 billion provided over 10 years for NIH and $500 million for FDA is authorized by Congress, but not appropriated, opening the door to future cuts in promised resources for FDA to carry out these many requirements.

FDA’s need for additional resources to implement “Cures” and to efficiently evaluate new medicines makes it doubly important for Congress to reauthorize user fee programs for drugs (PDUFA), biosimilars (BsUFA) and generic drugs (GDUFA) well before they expire  on Sept. 30.  Normally, enacting legislation as extensive as Cures would make the process easier, as the new law already tackles some controversial issues, such as greater reliance on real-world evidence in regulatory decision-making, expansion of priority review voucher programs to incentivize drug development, and increased flexibility for pharma companies to present information on unapproved drug uses to knowledgeable payers and formulary committees.

But the user fee bills need to be moving forward by summer for FDA to avoid issuing pink slips to staffers supported by fee revenues. Legislators on both sides of the aisle are looking to add on provisions to curb high prices on new and old drugs, and new Trump administration officials in HHS and FDA may want to revise the fee packages-something that FDA and industry representatives adamantly oppose after spending the last two years negotiating the new fee program agreements.

Timely renewal of user fees is important for maintaining an efficient system for evaluating and approving clinical development protocols and market applications, which suffered a decline last year. The Center for Drug Evaluation and Research (CDER) approved only 22 novel medicines in 2016, a significant drop from the near-record 45 new drugs in 2015, reported John Jenkins, long-time director of CDER’s Office of New Drugs (OND) before his retirement last month. This may be a temporary blip in the process, as Jenkins noted that CDER continues to approve most new drugs in the first review cycle and provides expedited action on innovative drugs and breakthrough therapies.

A key factor in the decline, however, was a drop in new applications filed by sponsors in the first place. And more of those were incomplete or inadequate, as seen a sharp rise in Complete Response letters (CRs)-14 in 2016 compared to just a few in most years. Most CRs reflected inadequate safety and efficacy data, but manufacturing problems halted action on a notable number of new  drugs.

CDER Director Janet Woodcock hopes to address some of the review and approval issues by implementing a pharmaceutical platform for new drugs, along with clear data standards for drug submissions and effective IT policies, to better manage the review process. 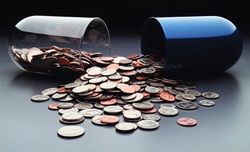 FDA Grapples with Promise and Perils of Gene Therapy