It’s an old chestnut: does a cozy, cash-based arrangement between the investigator and the drug’s manufacturer produce positive clinical trial results? “Yes” is the clear answer, according to a new study by researchers at University of California San Francisco (UCSF).

Financial links between researchers and companies that make the drugs they are studying are independently associated with positive trial results, suggesting bias in the evidence base, concludes the study, published online by The BMJ in January.

Salomeh Keyhani, MD, associate professor of general internal medicine at UCSF, and her colleagues evaluated the association between financial ties of principal investigators (PIs) and study outcomes in a random sample of 195 drug trials published in 2013. They focused on trials that examined the effectiveness of drugs.

Trials authored by PIs with financial ties to drug manufacturers were more likely than other trials to report favorable results, even after control for confounders such as funding source and sample size (odds ratio 3.37, 95% confidence interval 1.43 to 7.9). Ahn and Keyhani point to possible mechanisms linking industry funding, financial ties, and trial results such as bias by selective outcome reporting, lack of publication, and inappropriate analyses.

An unexpected finding was the lack of association between industry funding and favorable trial results in multivariate analysis, noted Andreas Lundh, PhD, a post-doc researcher at the Center for Evidence-based Medicine, Odense University Hospital and University of Southern Denmark, in a BMJ linked editorial. Interpretation of this finding is complicated, however, because Ahn’s study used a definition of industry funding that grouped company-run trials with independent academic studies that also received industry funding, he pointed out.

Also, financial ties are often unreported, and although Ahn and colleagues did make efforts to identify undisclosed financial ties, the databases available for such purposes are still limited, Lundh wrote.

Ahn, Keyhani, and colleagues stress that their analysis is observational and cannot be used to draw conclusions about causation, but given the importance of industry and academic collaboration in advancing the development of new treatments, they think “more thought needs to be given to the roles that investigators, policymakers, and journal editors can play in ensuring the credibility of the evidence base.”

Lundh and co-author Prof. Lisa Bero, from the Charles Perkins Centre and Faculty of Pharmacy, University of Sydney, Australia, agrees more research is needed to identify how industry funding and financial ties could influence trial results. They urge trial authors to share their data and participate in industry-funded studies only if data are made publicly available, and they suggest journals could help by rejecting research by authors who are unwilling to share their data and by penalizing authors who fail to disclose financial ties. The role of sponsors, or companies with which authors have ties, in the research must also be transparent, they stated.

“Trials with industry funding or authors with financial ties should be interpreted with caution until all relevant information is fully disclosed and easily accessible,” they concluded.

Times Changing for Ethics Guidelines, too 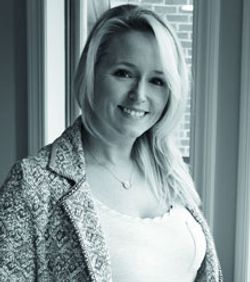