Over the past year many data managers have expressed concern about their ongoing roles and livelihoods with the increasing adoption of EDC/eClinical. Add to this concern the following statement: "A wired planet will destroy the need for data management on a project-by-project basis. [EDC] will obviate the need for data management,"1 which was made by a workshop leader at the 2006 Annual DIA meeting. The workshop leader also suggested that massive data manager overstaffing exists at various pharmaceutical companies, and added that radical reform is warranted.

Certainly statements such as these do little to allay the concerns of data managers, and may be based on the false assumption that technology eliminates jobs; often, in fact, technology merely changes the nature of work, largely in an emancipatory fashion. Data managers can and should play a pivotal role in continuing to add value to their companies by helping them transition to the "Brave New World" of EDC/eClinical and realize the promise of these new technologies in overall cost reduction.

Data management (DM) has been defined at a high level as encompassing all the disciplines related to managing data as a valuable resource, including acquisitions, database administration, storage, backup, security, and quality assurance. Significantly more complex definitions exist and encompass elements such as reporting and even analysis. What is common is that DM as a discipline may be said to have data quality assurance as its primary function.

Within any given organization, these activities may be performed by a dedicated group or by various individuals within distributed, disparate groups—usually as a secondary function. It is important to note that DM activities are generally performed across all quality research projects, even if the role or department of "data management" does not formally exist. Thus, two frames of reference exist with respect to DM: dedicated and distributed—which will have important ramifications for successful EDC/eClinical implementation.

Irrespective of the frame of reference and subsequent view of DM (whether as a dedicated or distributed function), the set of objectives sought can be operationally defined in research as those activities that ensure the data and its database(s) are:

If the above prime objectives are met, then data quality will be assured, and thus the data will have been well managed.

Adoption of EDC/eClinical technology has the potential to impact DM work performed during a research initiative, such as work related to process and workflow changes as well as the essential nature of the work itself—with the former in respect to when, and the latter in respect to what.

Adoption of EDC/eClinical technologies affords companies the opportunity to engage in process re-engineering for maximum effectiveness and return on investment. Simply put, these technologies change the timing and flow of work. A simplified representation may be seen in Figure 1.

Shifts in when the pattern of work burden is required are derived from technology's impact on the amount of work needed at any given point in the process. For example, in a traditional paper-based methodology, the process of data collection through to "clean" data availability in the database may be expressed as in Figure 2. This is essentially an adynamic methodology at point of collection, with a reactive process requiring significant human intervention postreceipt, and involving potentially lengthy delays as data correction forms are generated, logged, sent, received, actioned, and new data is entered—whereupon the process begins anew. Additionally, it must be performed for each case report form received. Expressing the same workflow in the EDC/eClinical environment yields the type of dynamic feedback described in Figure 3.

The EDC/eClinical approach is proactive in that DM personnel, bearing in mind their prime objectives, create an environment where high data quality may be assured before the collection of any information. This is accomplished through specification prior to data collection, validation, and edit checks (via the data dictionary), whereby personnel collecting data can be given dynamic feedback as to its acceptability (within range, date, type, etc.) at the point of entry, which lends itself to a management by exception approach. Thus the burden of work shifts from a reactive per-instance back-end process to a proactive per-project front-end process.

The changed nature of work

Changes in the pattern of work provide indicators of potential changes in the nature of work. Given that the example in Figure 2 indicates that the traditional methodology is essentially reactive and conducted on a per-instance basis, it can be expected that such an approach results in a high burden of tactical work over a prolonged period of time (as seen in Figure 1), where the greater majority of the work is performed after study deployment. Conversely, the eClinical work burden is shifted, and the shift gives rise to a change in nature.

Figure 3. In an EDC/eClinical-based data collection environment, the focus shifts from a reactive, per-instance process to a proactive, per-project one.

The EDC/eClinical approach shifts the burden of work to predeployment, and from reactive per instance to proactive per project. In so doing, the work is not merely shifted in terms of time/conduct, but also in its very nature: from tactical-emergent based (i.e., designed to deal with day-to-day issues as they arise, such as the receipt of error laden CRFs) to strategic-objective based (i.e., a highly refined predeployment plan designed to attain specific goals over an extended period—for example, the development of a comprehensive data dictionary with sophisticated validation/edit checks).

Thus, EDC/eClinical can and does change rather than remove the role of the Data Manager—indeed, in a very positive fashion in some cases. As Zielinski2 put it, writing in late 2005: "An intelligent outcome of EDC's ability [is] to minimize the mindless work that results from using paper CRFs. [Data managers] in these roles focus on issues that require thought and expertise, rather than spending time doing largely clerical data clean-up." Thus emancipated from the mundane, data managers faced with EDC/eClinical adoption need to understand that their role will become strategic-objective oriented. New skills may be required, but not necessarily new people. Significant cost efficiencies can only be obtained with process changes that account for the changing nature of work.

Some contend that "EDC is not a data management position. It is mainstream and it is enterprise wide."3 And indeed they have a very good point. In order to be truly successful, EDC/eClinical adoption must be visibly and publicly supported by senior management. But even recognizing this fundamental truth, data managers can still add significant value, and with the dedicated DM model, be in the best position to do so.

Two primary opportunities emerge for the thoughtful data manager: their own definition of their role and EDC/eClinical system selection advice.

It is a maxim of business that if you do not define your role, someone else will for you. With the skills and expertise of many data managers, a proactive stance is required in order to avoid the imposed definition of "R.I.P." Where DM exists as a dedicated function, data managers have enormous value and can continue to contribute. Strategic-objective orientation lends itself poorly to the distributed DM model. By its very nature, the distributed functional model means that the individuals have other primary tactical roles, and thus are not well positioned to take on a broader outlook on the project or the enterprise as a whole.

Data managers that exist as a dedicated primary function, however, are ideally positioned to reinvent their role to the mutual benefit of both themselves and the organization—the nature of their work will change, but their essential goals of accurate, precise, timely, and accessible quality data will not.

Companies utilizing the distributed DM functional model may actually find some difficulty in adopting EDC/eClinical—after all, it is one thing for senior management to mandate a methodological change and quite another to actually make it happen. Who is cognizant at a detailed level of all aspects of the clinical initiative's strategic goals, objectives, and tactical challenges at all phases and the process changes that need to be broadly implemented if not the data manager?

Given their cognizance of data quality objectives, data managers are well positioned to assess and advise on EDC/eClinical system selection. The baseline characteristics of the system's collection instrument will ideally permit and accommodate the following:

End user accessibility: a distributed technology not dependent on specific hardware or software considerations: a zero/ultra-thin-client system. This is an important fundamental element, as it will decrease costs and management burden significantly and concomitantly improve data accuracy/quality, timeliness, and representativeness.

Sponsor/CRO data accessibility/timeliness: a system not exclusively dependent on a batch processing validation/edit check methodology whereby entered data is inherently "old" (i.e., not current since last processing run). Data should be processed and made available within the system for review and feedback in the shortest feasible time, which is usually measured in milliseconds, versus the days or weeks it takes with batch processing.

Flexible directed workflow: an instrument whose underlying system is capable of directing the data collection of the clinician at the site level rather than acting as a largely passive recipient of data with a reliance on human agency to remain cognizant of subsequent required work/procedures, yet is flexible enough to accommodate an individual company's workflow as it changes over time. This will assist in accuracy, precision, and timeliness of data collection.

EDC/eClinical technologies have promised much by way of cost savings. Some have chosen to interpret those savings as being derived from wholesale reductions in staffing levels, including data managers. Companies that are fortunate enough to find themselves with dedicated data managers, however, may be at a distinct advantage in selecting and designing appropriate and efficient EDC/eClinical systems and in facilitating process change cost efficiencies.

It is incumbent upon data managers, however, to proactively acknowledge the changing nature of their work, define their own roles, and continue to add value through strategic thought and expertise to their organizations—in short, to embrace, pursue, and be a vital part of the EDC/eClinical Brave New World: "O brave new world / That has such people in't!" (The Tempest, Act V, Sc. I). 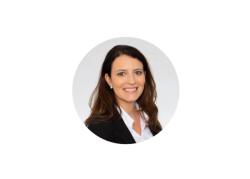