Analysis of hematology and blood chemistry's AEs in sponsor's databases.

Compliance with Good Clinical Practice (GCP) on safety data is important for the knowledge of the toxicity profile of a product. All adverse events (AEs) including abnormal laboratory findings should be documented, sorted, and analyzed to ensure the protection of patients. The main objective of this work was to identify and classify the hematological and blood chemistry data not documented as AEs in sponsor's adverse event and clinical laboratory databases of five clinical trials.

From 458 screened laboratory parameters, 450 were unidentified as AEs and eight of them were documented as AEs in the adverse event database. The abnormal clinical laboratory parameters found in these databases were identified and classified as AEs, using the table of toxicity indicated in each protocol. Most of the events were found mild and moderate; while only three of them were life threatening. The most frequent AEs were anemia and increased levels of alkaline phosphatase. These results show that there are deficiencies in the recognition and classification of data as AEs by clinical investigators, causing underreporting in safety data.

GCP is an international standard of ethical and scientific requirements for designing, conducting, recording, and reporting of clinical studies. It ensures compliance in human protection, safety, and well-being as well as credibility and reliability in documentation.1 Adverse events are some of the most important data generated in clinical trials for the protection of patients; safety assessment of a product is maintained after the sanitary registration. If exposure to the product has more risks than benefits, it should not be registered or it should be withdrawn from the market if it was already commercialized.3 Although the regulations stipulate that AEs must be documented, in several occasions due to the dynamics of work, there is not an adequate traceability of all safety data. It is necessary to conduct the monitoring and tracking; the data is documented in the medical record until the final report. Traceability is the ability to verify the history, location, or application of an item by means of documented recorded identification (traceability of adverse events, shown in figure 1).

Figure 1. Every detected AE must be processed according to the proper protocol.

Abnormal findings of the clinical laboratory are AEs as described by the International Conference on Harmonization (ICH), and can be temporarily associated with the use of a drug therapy or procedure without taking into account the relationship with the administered treatment.1 These laboratory values are less identified and documented as AEs. The purpose of this study is to determine the hematology and blood chemistry data that was not documented as AEs in databases.

Trial design. This was a retrospective study of five clinical trials already finished (same sponsor). The investigational product of trials had the same active ingredient, but the formulations and treatment schemes were different. The data was formed by 141 patients (12 of clinical trials 1, 34 of clinical trial 2, 25 of clinical trial 3, 42 of clinical trial 4, and 28 of clinical trial 5); 95% was diagnosed as non-small cell lung cancer, in advanced stages of their illness (stage III and IV). The implementation of these clinical trials was approved and supervised by the Ethics Review Committee of the hospitals involved and by the Regulatory Agency. Patients signed the informed consent before inclusion, giving effect to all the fundamental ethical principles of the Declaration of Helsinki.

One of the most important objectives to be measured in the different studies was toxicity, as part of the evaluation; all evidence of AEs should be collected to comply with GCP.

Hematological and blood chemistry toxicity was measured through clinical laboratory exams ordered to subjects as indicated in each protocol (table 1). In this study the values of the first six months of treatment were taken. Different laboratory indicators were evaluated, the parameters that were the most common in all five clinical trials were selected and analyzed, such as hemoglobin, leukocyte, platelets, alanine aminotranferease (ALAT) and aspartate aminotransferase (ASAT), creatinine, and alkaline phosphatase.

Identification and classification of AE. The selection of AEs per patient took into account the baseline values. Only those identified as AEs, abnormal clinical laboratory findings that increased their value respect to baseline, were recorded.

The table of toxicity from the Common Toxicity Criteria v2 established in the protocol of each clinical trial was taken as criteria to identify and classify the AE. The variables hematology and blood chemistry selected for the analysis were reviewed, and values out of range of reference were identified and classified as mild/grade 1, moderate/grade 2, severe/grade 3, and life-threatening/grade 4.

The events were grouped according to these tables without taking into account the clinical trials. Charts were prepared to show the events and their relative frequency as well as the intensity of the events.

Collection of underreporting. The hematology and blood chemistry AEs that were documented in the adverse event database were compared with those found in the clinical laboratory's database for obtaining underreporting.

Figure 2. The distribution for hematology and blood chemistry’s indicators of adverse events detected in the database.

Classification of AE. Taking into account the toxicity tables, AEs were classified according to their intensity (figure 2). Anemia and high values of alkaline phosphatase were the most frequent events occurring in patients, most of them classified as mild and moderate; severe and life-threatening events were also found, but in a lower frequency. All episodes of leukopenia, the increase of platelets count, increased values of AST and creatinine were mild and moderate. Only two AEs related to ALAT values were classified as severe.

Figure 3. Hematological and blood chemistry AE’s classified according to the grade of event intensity.

Comparison between the documented events in the AE database and AEs in the database. In table 2 it is noted that the investigators had documented only six anemia episodes, corresponding to 3.6% of the 167 that occurred. They documented that increased values of the ALAT accounted for 2.1% of 48 events and increased creatinine values represented 2.3% of the 44 events. For the rest of the events any percentage was documented. These results showed the existence of an underreporting of 98.25% of AE data, researchers identified and documented only 1.75% of existing ones.

Table 2. Difference between CL’s data documented as AE in AE’s DB and those found in the CL’s DB

AEs are as old as the first remedies used in treating diseases. Its detection in any stages of clinical research is very important for the protection of humans. This investigation analyzed the database of five clinical trials and discrepancies in the documentation process of hematology and blood chemistry where AE were found. Three hypotheses have been assumed as responsible for this problem: clinicians do not identify the abnormal findings of clinical laboratories as AEs; little integration between the laboratory participant and the clinical staff in the clinical trials; and there is not a safety monitor to check the traceability of data of AEs. These situations could lead to underreporting of hematological disorders and blood chemistry AEs.

The clinical investigator tends to document the results of clinical laboratories in the medial record of a patient and files the result issued by the laboratory. Neverthelesss, he/she doesn't identify nor classify the event as AE and thus he/she does not transcribe the information in the AE forms. Therefore, the data is not documented in the database as an AE. This leads to an underreporting of AEs in final reports.4

Patients included in analyzed clinical trials had cancer in advanced stages; it is usual for the oncologist that assists these kind of patients to find altered hematological5, 6 and blood chemistry parameters, in addition to the treatment that they receive. This means, that clinicians often fail to identify the AE that may arise and take it as an event related to the disease and not related to the treatment. They do not realize that any event that happens to the patient during an investigation is an adverse event. This can be a warning of future adverse reactions when the product is in pharmacovigilance stage.

The identified underreporting in hematology and blood chemistry data shows an insufficient working relationship between the clinical investigator and the clinical laboratory researcher. A qualified personnel that is trained to be an essential part of the scientific research team for the evaluation of new drugs is needed at each site. They must ensure not only an adequate handling of laboratory samples and the logistics related to this process within the hospital, but must go further and help to confirm or reject a diagnosis to establish a prognosis and monitor disease progression and treatment outcomes of patients.7 The investigator in the lab plays an important role within the scientific team, helping the clinical investigator to identify altered outcomes of laboratory parameters as AEs or to simply guide or alert the principal investigator about the possibility of an AE.

Monitoring also plays an important role in the quality of the documentation of safety data of a product because it constitutes an external control to verify the traceability of data and the compliance with GCP. Often monitors have a high number of clinical trials to check. Most of them are multicenters, which goes against the quality of this activity, and sometimes important data is not monitored as planned.

It is necessary to establish the figure of a safety monitor, whose profile should be directed to perform quality checks of all data. Since the AEs are detected, their traceability must be monitored as shown in figure 1, as well as the identification of them where it has not been already done. The monitor should let the clinician be aware of this situation. This monitoring should be conducted in each patient as it is indicated in the protocol. 8, 9, 10, 11

The abnormal findings of hematology and blood chemistry parameters are not documented as AEs in the analyzed database resulting in an underreporting in the safety data of the product under study. 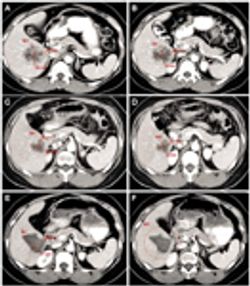 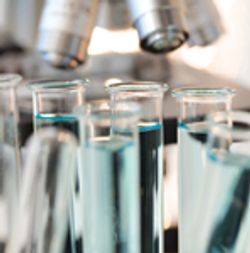