EDC: Caught in a Trap

Some starry-eyed vendors can't turn their back on older technology because they're too attached.

In 1969 Elvis Presley released the single "Suspicious Minds." It opened with the stanza: "We're caught in a trap...I can't walk out...because I love you too much baby." You may well be suspicious as to how on earth this relates to EDC or pretty much anything else pertaining to clinical trials. Stay with me, because it is very relevant to technology, and probably the technology you use to get your job done.

It's all about technology vectors. First movers in any technology tend to get caught in a trap—the insidious position of heavy investment in a technology to the point where they love it so much they just can't walk out.

Thomas Levitt, in his classic marketing piece published in 1960, "Marketing Myopia," identified the problem of companies that come to dominate an industry through being first movers on a technology becoming so vested in that technology that they're incapable of change.1 This is partially because they're stuck on a technology vector that just won't accommodate it, and partially because they lose focus on the need they set out to meet and focus on their product instead.

The consumer of first-mover technologies is often stuck with outmoded, obsolescent technology because the companies cannot offer anything else. Examples surround you every day—the U.S. railway system, the NTSC television standard, analogue cell phones, and perhaps the EDC system you're using. And, displacing newer technologies like the highway system, HD TV, digital cell, and VOIP technologies are now being rapidly adopted. But what about EDC?

A little history to understand the present: After early attempts involving Remote Data Entry, EDC really started being heavily promoted seven to 10 years or so ago when some of the biggest technology vendor companies were founded.2,3 They had great solutions for the time, and while many smaller concerns have come and gone, some of the first movers remain with us to this day—but they're caught in a technology trap at least 10 years old.

Ten years is a multigenerational lifetime in computer technology development. Ten years ago cell phone IM (instant messaging) didn't exist, and a lot of people were using 486 computers and thought they were pretty good. Even the Internet, at least as it relates to widespread adoption, was in its infancy, and most software depended on a single operating system environment and local installation to run.

Early movers in EDC technology simply took existing software designed to be run solely on a desktop PC and "webified" them. This brought with it the attendant baggage of needing some degree of local software installation ("fat-client"), specific operating systems (usually Windows—too bad if you use a Mac or Linux), and specific Internet browsers (that your IT department may not allow, usually because of major security flaws)—all of which run the risk of making life hard for sites and sponsors alike.

What an older technology vector means in practice to the clinical research professional is profound in the actual conduct of day-to-day work, as well as future scalability and flexibility. Some maintain that advanced technology cannot perform say, honoraria/reimbursement or CDMS functions as well as EDC.4,5 Is it true? Yes—at least for the technology in which they have vested heavily.

Still, others attempt to integrate disparate systems that were designed as standalone applications and never intended to talk to one another. This often occurs when the company acquires another with some piece of software they want without the R&D burden of having to develop it themselves. Unfortunately, the different pieces of software result in a series of Islands of Automation integrated by bridges (interfaces) that periodically get jammed up with traffic or fall down.6 As some authors maintain, "interfacing islands of automation which have been designed in isolation will always be problematic."7

Making sense of it all

So, what does an integrated system mean to you, the clinical professional? Probably a lot of bridge maintenance work and frustration with inflexible technology that simply won't do what you need. Heaven help you if an integrated component fails like the randomization system—yes that has happened, and yes it did cause the trial to fail, and yes the pharmaceutical company involved did have to redo the trial at great expense.8

Is this limitation true of all EDC/e-clinical products? No. Some companies are on a completely different technology vector and thus are able to provide much more than simple EDC within the one robust offering.9 Imagine everything in one system and entirely homogenous in nature: visit scheduling, recruiting, phone logs, honoraria, clinical inventory, monitoring, interactive flexible workflow, documents tracking, IRB/EC approval/renewal tracking, auditing, conditional branching, PRO, IVRS, and much more (oh yes, and EDC too) that can accommodate multiple trials, facilitate CTMS functions, allow customization if needed, and never have to rely on unstable interfaces or batch processing. The efficiency gains in time saved and intellectual emancipation through reduction of attention to the mundane are enormous.10,11

Technology vectors are influenced by many different variables—culture, investment, external pressures, even geography,12,13 all of which in turn influence behavioral economics. For you, the clinical research professional, careful attention should be paid to the technology vector of any vendor you consider—lest you in turn fall victim to the loss aversion dilemma in a few years and find yourself "caught in a trap."

Timothy Pratt, PhD, is chief marketing officer and principal scientific advisor with MedNet Solutions, Inc., and a member of ACT's Editorial Advisory Board. 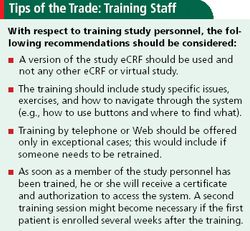 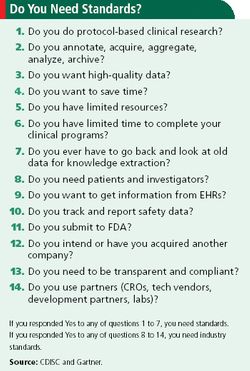