Biobank research has a valuable role to play in R&D, but handling the consent process is rarely straightforward.

The ethical aspects of biobank research have become a source of intense discussion after Swedish authors claimed that having to obtain informed consent for the use of left-over human tissue samples could be hampering essential studies.

The requirement for informed consent for biobank research is problematic because it consumes resources that could be directed toward more research and/or healthcare, and it imposes a risk of selection bias, according to PhD student Joanna Stjernschantz Forsberg, and co-authors Professor Mats Hansson and Senior Lecturer Stefan Eriksson, PhD, from the Center for Research Ethics and Bioethics at Uppsala University. Clinical trials are being abandoned because informed consent is deemed too logistically difficult to obtain, they wrote in an online article published by the British Medical Journal on October 4.

Biobank research has a valuable role to play in R&D, but handling the consent process is rarely straightforward.( Source: Biotec Services International)

"Well documented differences between individuals who consent to participating in biobank research and those who do not can threaten the validity of the results. If we, not unrealistically, assume that 70% of those contacted respond, and 5% to 10% of those who reply refuse consent, the missing data can obviously result in biased results," argued the authors.

However, a blanket endorsement of consent-free research, even on biobank materials, seems unnecessary, noted Chris MacDonald, PhD, visiting scholar at the Clarkson Center for Business Ethics & Board Effectiveness, University of Toronto, Canada, in an e-mail response to Applied Clinical Trials about the BMJ article. There are situations in which re-contact is impractical, or even dangerous, but not all cases are like that, and Canada's federal guidelines make this a case-by-case determination, for instance. In certain cases, subjects may not want their tissue used because they do not endorse the particular kind of research, and are ideologically/morally opposed to a study, he stressed.

"It also has to be remembered that not all research—maybe very little—actually ends up contributing to the public good," he pointed out. "There's little reason to believe that the average tissue donor—or research participant, more generally—is in favor of whatever projects that the drug company sees as valuable. So in the case of corporate-sponsored research, the force of the 'common good' argument is severely diminished."

In general, requiring informed consent for research on stored tissue samples and associated data helps safeguard the autonomy rights of donors, but Forsberg and her colleagues argue that this policy not only defeats the interest of society but also runs counter to the interests of the individuals it aims to protect. They think a way forward would be to adopt policies of broad, presumed, or no consent for research on leftover human tissue material, but they maintain that even the least controversial of these proposals—broad consent—has been criticized because it threatens patient autonomy.

They noted that the time has now come for individuals to acknowledge that, in order to further their own interests, they must sometimes accept inclusion in common endeavors. "As individuals living together in a society, we limit our freedom in many ways in order to achieve common goals," they wrote.

Patient material without having access to normal material from healthy volunteers as control is worthless, and the same standards should apply for patients and volunteers, commented another biotech specialist who wished to remain anonymous. Data is generated that belongs to an individual who might not be aware that he or she is bearing an illness or a risk factor which was previously unknown, and researchers must work out how to handle this challenge.

Furthermore, there is some speculation that a group of senior German physicians intend to establish a kind of IT clinic, where all physical sampling of patient material and sampling of patient data will be compliant with the future bio banking regulations.

Scandals such as the Tuskegee syphilis study and the retention of organs from children in the Alder Hey Children's Hospital, Liverpool, UK, have evoked much anger and contempt, according to Forsberg et al. To protect people from such offenses, extensive regulations have been put in place, and in some nations (e.g., Sweden and the United Kingdom), requiring informed consent has become the default position not only for invasive research but also for non-interventional research. Other countries, including Denmark and Belgium, permit presumed consent for such research.

"Leftover material, stored tissue samples, and associated data can be used without consent, after approval by an ethics review board, because the minimal risk of harm is clearly outweighed for each individual by the increased chance of benefiting, directly or indirectly, from healthcare," stated the authors, whose research was supported by the EU 6th framework program AutoCure and by the Swedish Research Council through BBMRI.se.

Securing specific consent can cause problems if researchers subsequently want to use the samples for a different study, and time and money may need to be spent on tracing the sources of the samples, perhaps many years after the material was excised, they wrote. In New Zealand, a planned study on the prevalence of gene mutations for long QT syndrome was not done because informed consent was deemed "too logistically difficult" to obtain. In another study, the researchers attempted to obtain informed consent for research on surplus material from 495 renal transplant patients, and after a year the opinion of 26% of the patients had still not been ascertained, they noted. —Philip Ward 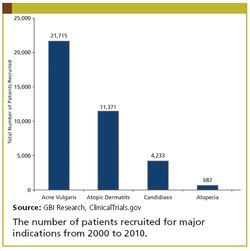 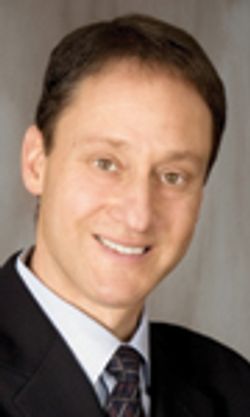