Projections "made by various industry analysts and market research companies...vary" on clinical trial growth in the Asia-Pacific region, but "estimates project growth of clinical research in China and Korea to be 25% and 30% per year, respectively," observed Stanford S. Jhee, PharmD, senior director of research, early phase development, for Parexel. "China, in particular, is expected to become the sixth largest pharmaceutical market by 2010."

Though the tremendous growth in the Asia-Pacific region undoubtedly attracts sponsors abroad, when penetrating foreign borders the applicability of clinical data becomes questionable. This has led some countries to require that sponsors provide data specific to the ethnicity of its population.

The challenges of conducting global trials along with the requirements that emerge when working with a different ethnic population have led to the birth of a relatively new market of studies. That is, bridging studies.

A "bridging study...is a pharmacokinetic study conducted in early clinical development," explained Jhee. It "evaluates drug responses in the areas of pharmacokinetics, safety/tolerability, and pharmacodynamics in target ethnic populations."

These particular studies are generally intended for early phase trials as "the populations available are too limited for it to be useful for Phase II or Phase III programs," explained Stewart Geary, Applied Clinical Trials Editorial Advisory Board member and vice president and global safety officer for Eisai (Tokyo, Japan).

These studies are becoming more common because they allow sponsors to pursue global programs without encountering the usual adversarial factors that can often lead to excessive timelines and costs.

"There are multiple challenges, especially in terms of the regulatory environment. While ICH-GCP guidelines have been in place in many Asia-Pacific countries for more than 10 years, currently, particularly in China and Korea, the IND process can still be long and challenging," Jhee observed.

Jhee told Applied Clinical Trials that product registration for Japan and China requires ethnic Phase I data for new drug registration, and that the inclusion of Asian countries in global trials for Japan requires Japanese Phase I data; however, Korea does not require such data but China is beginning to.

Not all countries require Phase I bridging data in order to initiate a Phase II trial, but sponsors often still conduct such studies because by collecting ethnic-specific data while simultaneously collecting Western Phase I data, time and inevitably funds can be saved.

Best for both worlds

"On a regional basis, Asian countries want to accelerate drug development," noted Jhee. "This is particularly true in Japan, which has a 'drug lag' of five years."

The "bridging study should be faster," Geary explains. And, "one hopes the quality is more consistent when you are doing a bridging study with both populations in the United States managed by the same procedures."

By accepting foreign clinical data countries that typically have a lagging clinical trial process are able to make more drugs, more available to its population.

"Japan, China, and Korea have joined forces to acknowledge data from each of the other countries to expedite drug development in Asia," Jhee noted. "However, supplemental PK data showing similarities among each population must be established before such extrapolation is made." 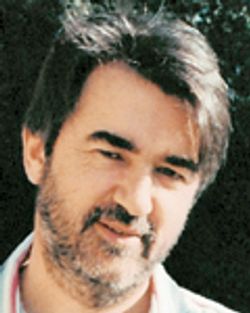 A Healthy 2009 for the European Union