Europe is aiming to improve its medium-term planning for citizens' health with an agenda that aims to "enable and leverage research and innovation in regulatory science."

Alongside its multiple short-term responses to the current COVID-19 crisis, Europe is aiming to improve its medium-term planning for citizens’ health—with better regulation of drug innovation as one of the principal target areas. “The importance of recognizing innovation throughout the product lifecycle is acknowledged,” says the official agenda of the “European medicines agencies network strategy to 2025.” It could prove to be good news for clinical trial professionals who have struggled with under-resourced and sometimes under-skilled authorities in discussions of new approaches to medicines development. The agenda aims to “enable and leverage research and innovation in regulatory science.”

Regulators across 30 states, as well as the European Medicines Agency (EMA), are cooperating with one another in this network that has set wide-ranging aims for the future. Top of its priorities for drug innovation is to “catalyze the integration of science and technology in medicines development” so as to ensure regulatory competences that can “support innovators in various phases of medicines development.” The agenda recommends specific support for developments in precision medicine, biomarkers, and ‘omics, and translation of advanced therapy medicinal products into patient treatments. There should be enhanced convergence of national decisions on classification of innovations, and alignment of national scientific advice, as well as investment in the European PRIME scheme for encouraging innovation.

Regulators should also be facilitating the implementation of novel manufacturing technologies as part of their move to build up their expertise in a way that allows for rapid evolution of the regulatory system.

The agenda carefully steers clear of direct involvement in the controversial areas of drug pricing, which remains as much a national no-go area for Europe as ever. But it does go so far as to foresee a European model for coordinated horizon-scanning and priority-setting “that fulfils the needs of regulators, health technology assessment (HTA) bodies, and payers.” Similarly, another of the specific goals—collaborative evidence generation—is envisioned not just to improve the scientific quality of evaluations, but also to ensure generation of “evidence useful to all actors in the lifecycle of medicines, including HTAs and pricing and reimbursement authorities.”

Greater attention to collaborative evidence generation is also promised, to promote innovation in clinical trials and the development of an improved regulatory framework for emerging clinical data generation. This should be assisted by closer collaboration among groups involved with scientific advice and regulatory guidance, and a training curriculum for regulators on clinical trials. The results should be greater leverage of non-clinical models and optimized capabilities in modeling, simulation, and extrapolation, as well as investment in initiatives for special populations, and the conduct of environmental risk assessments in line with the latest scientific knowledge.

A further priority of the agenda is to offer a direct response to the widening range of technologies involved in drug innovation. It is vital, says the agenda, to “enhance collaboration with medical device experts, notified bodies, and academic groups”. As it explains, “innovations may require novel manufacturing and delivery approaches, including nanotechnology, 3D printing, decentralized in-situ manufacturing, and greater use of medical device/medicinal product combinations and related diagnostics.” So there should be partnerships with academia to undertake fundamental research in strategic areas of regulatory science, and closer collaboration between academia and the network’s scientists, as well as with medical device authorities.

The simmering issue of antimicrobial resistance has been given new heat by the demonstrable damage done to lives and economies by the coronavirus pandemic, and features prominently in the agenda, too. The recommendations are to foster development of new antimicrobials, including new antibacterials, and organize agreed regulatory pathways for phages and other innovative products. Pull incentives for new and old antibacterial agents should be defined, along with the value of new antibacterial agents, to inform new business models on which stakeholders can cooperate in pursuit of global antibiotic innovation. Dialogue with developers of new antibacterial agents and alternatives to traditional antimicrobials is the way ahead, suggests the agenda. The regulatory context requires change, it says: improvements are needed in regulatory preparedness for emerging health threats, and regulatory activities to increase preparedness should be defined in inter-epidemics periods. The framework for investigation of medicines during emergencies is also considered to be in need of revision.

Data infrastructure also receives attention in the agenda, with recommendations for analytics, digital tools, and digital transformation. The objectives include enabling access to standardized healthcare data and creating a platform to access and analyze data from across the European Union. This will need a framework for data quality and representativeness, and at the same time collaboration should be increased with international initiatives on big data, with a view to building European capability in this field and integrating European data from sources as diverse as electronic health records, registries, and devices. And scientific and regulatory processes should be transformed to make fuller use of digital tools and analytics.

As with so much current thinking in European circles on healthcare provision, the agenda focuses on the merits of collaboration. The bodies involved in this network “have access to the knowledge of thousands of experts in multiple scientific and therapeutic fields and must work closely with stakeholder groups, including patients and healthcare and veterinary professionals, HTA bodies and payers, and the pharmaceutical industry and global regulators,” says the agenda. Even without the coronavirus crisis, the world of medicines is changing so fast that corresponding regulatory responses are necessary, it says.

“Developments in basic science, in medicine, in information technology, and data analytics in particular, continue to pour forth at an astonishing rate,” the agenda says, and the network “must have the capacity and knowledge to regulate new types of medicine, making them available to patients with unmet needs while continuing to ensure that any risks are outweighed overall by the benefits.”

The broad scope of this agenda—which is itself intended to reinforce and complement the EMA’s regulatory strategy for 2025, released last year—also covers issues that have risen to recent prominence in European medicines policy, and notably the availability and accessibility of drugs, responding to treatment shortages by tackling supply chain challenges, and ensuring a degree of sustainability of the network, as well as its operational excellence.

The strategy that is set out is, says the agenda, going to be aligned with the broader “pharmaceutical strategy for Europe” currently being developed by the European Commission, and will also take into account the Commission priorities for health outlined by Commission President Ursula von der Leyen when she took office last November—which amounted to a compromise between promoting industrial innovation and patient access to medicines. Inevitably, the experience of the pandemic will play into the planning—as will the EU’s specific health plans announced in recent months, including its new “EU4Health” health program and the so-called “rescEU” program to build a strategic European reserve of critical medicines and to encourage production of active pharmaceutical ingredients in Europe.

All of which may leave seasoned clinical trials professionals in Europe pondering a basic question: burdened with such a rich heritage and such noble aspirations, will the regulatory network actually get around to implementing anything more than a series of commitments that never turn into reality? Europe, like many other parts of the world, is profoundly shaken by COVID-19, and the response has been energetic in terms of plans and promises. But Europe has an uneven track record in delivering on plans and promises, particularly when, as in this case, implementation depends heavily on national compliance. It might be wise accordingly to defer opening the champagne in clinical development departments until the shape of change becomes clearer. 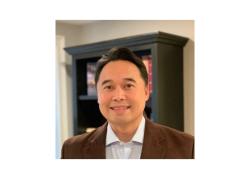 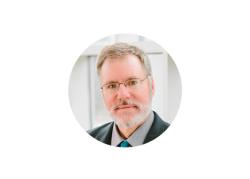