Though the global pandemic that has affected millions, the industry has shown resilience and demonstrated a shared commitment to improving patient care.

It’s hard to believe that a global pandemic that has affected millions, and, so far, taken the lives of hundreds of thousands, could have any silver linings. After all, the loss of life alone is unfathomable in a time period where the majority believes that science, technology, and medicine can protect us to a much higher degree than where we find ourselves today. We have seen that the best solution to saving lives is based on a well understood epidemiological method that humans developed almost a century ago: quarantine. We have also seen how this necessary method has had a significant effect on businesses, especially those involving ongoing clinical trials, causing enormous hardships across the globe.

The conduct of a trial itself is mostly managed by CROs whose employees have for a very long time worked from home. These companies for years had the basic technology allowing them to exchange ideas and information, mostly through email, video conferencing, and good old telephone calls with their constituents, including site coordinators, investigators, internal colleagues, and KOLs. While not the most efficient, reliable, or trackable, these methods have been at the core of clinical trials, and we all have learned to live with them.

There is, however, one factor that we have not yet considered: clinical trial subjects; the reason the whole enterprise takes place. They are the source of all the answers regarding these grand experiments. Without subjects being physically available, there are no trials. Given that physical availability and quarantine are generally mutually exclusive, COVID019 has had a tremendous effect on the entire industry. Significant numbers of trial launches have been postponed, existing trials have slowed down appreciably, and sponsors and CROs found themselves in mostly uncharted territory.

As the pandemic continued and the stark reality of the current clinical landscape was revealed, many advocates urged for changes in the way we carry out these trials. The main buzzword making the rounds was virtual trials, which are generally understood to be the next generation of methodologies to enable the conduct of studies. These studies would increase the use of technology to provide subjects with the ability to participate without the current level of burden required to complete physical visits to investigator sites. These technologies include a variety of platforms and devices that enable remote processes such as wearable devices and video/telehealth. However, there still remains the challenge of delivering therapies to subjects. Infusions and injections do not lend themselves to virtualization, which is why virtual trials also require decentralization, enabling subjects to minimize travel time to the facilities charged with delivering their therapies.

Further, there is something other than the physically constrained manner in which we conduct trials that needs attention. For the last 15 years, we have developed capable systems to capture all the data necessary to determine whether the hypothesis set forth by the study is correct. Data capture systems abound and include EDC, CTMS, CDMS, IRT/RTSM, eCOA, ePRO, and eTMF, among others. These form-based systems help ensure that data is correctly gathered and validated, and that it can be accessed either directly or through reports in many flexible ways. Some of this data validation is enhanced by the ability to implement validation workflows that guide users (whether trial professionals or subjects) as they go along by calculating their entries in real time and presenting different fields depending on earlier inputs.

As an industry, we must think of ways in which collaborations can be codified to ensure that the data from all the various capture systems is made available at the proper time to the right individuals and in the appropriate context. Creating flexible people and system interaction tracks that can be laid and torn down on demand will allow us to be significantly more effective when the unexpected happens, while giving us both a roadmap and a history of our decision-making processes.

I believe that the post-pandemic clinical trial landscape will not be too different from the one we lived in at this time last year. The silver lining is the fact that our industry has shown resilience and demonstrated our shared commitment to improving patient care. 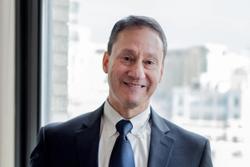 The Rise of FSP Outsourcing in Drug Development 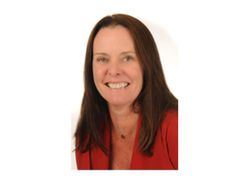 Trial Innovation Beyond the COVID-19 Pandemic