A new report has urged the global pharmaceutical industry to support an innovation fund to boost research into antibiotics. In return, companies that develop new antibiotics would receive guaranteed payments of between $2 billion and $3 billion.

The document, “Securing New Drugs for Future Generations: The Pipeline of Antibiotics,” was put together by the Antimicrobial Review (AMR) Committee, a U.K. government-appointed review team headed by Jim O’Neill, the economist and former chair of Goldman Sachs Asset Management. The AMR Committee assessed the development pipeline for new antibiotics, and has made initial proposals for the global action needed to kick-start antibiotic drug discovery efforts. This includes proposals for ways of channeling new money into early-stage research relevant to tackle AMR and for major global interventions to ensure that drug developers can be sure of a predictable and viable market for new antibiotics that can successfully tackle society’s most acute unmet needs.

“Drug-resistant infections could kill an extra 10 million people across the world every year by 2050 if they are not tackled. By this date they could also cost the world around $100 trillion in lost output, which is more than the size of the current world economy,” noted the authors.

At the launch of the report, O’Neill stated that a fund worth between $16 billion and $37 billion per decade would be enough to incentivize drug companies to turn their attentions to antibiotics. In an article published by the Guardian newspaper in mid-May, he said it was possible the global taxpayer would have to foot the bill for the fund.

“I’d say, averaged out over 7.2 billion people, it is not that much compared to one million people dying a year in China or India in 2050,” he pointed out. “We need to kick-start drug development to make sure the world has the drugs it needs, to treat infections and to enable modern medicine and surgery to continue as we know it.”

Resistant strains of bacteria are spreading across the world, threatening to make existing drugs ineffective, and because the empty pipeline for antibiotics is a matter of great importance for every country, O’Neill intends to raise the finance issue at the next G20 meeting. Furthermore, if the pharmaceutical industry is to avoid a damaged reputation from the looming crisis, it must show ‘enlightened self-interest’ by contributing to the scheme, he continued.

Companies would be rewarded with payments if they successfully launch a new antibiotic, as long as they do not seek to sell the drug at a profit. It would be sold on a not-for-profit basis, or made by a generic company with low overheads at a cheap price instead, as happens in developing countries with drugs for HIV. The global market for antibiotics is currently worth around $40 billion a year, and the prize fund would cost about 10% of that sum, according to the Guardian report.

The authors think resistance breakers are a promising area of research. These compounds can boost the effectiveness of existing antibiotics, and this approach is cheaper than attempting to discover totally new drugs. For instance, Helperby Therapeutics in the U.K. has created a resistance breaker that acts against the superbug methicillin-resistant Staphylococcus aureus (MRSA). Known as HT61, the compound is due to enter clinical trials in India, where it is being developed under licence by Cadila Pharmaceuticals India. This kind of research could benefit from the innovation fund and may prove vital to making existing drugs last longer, the authors believe.

It has been nearly 30 years since a new class of antibiotics (i.e., a group of drugs with an entirely novel action) was introduced, according to a recent report by BBC News. But the drought may soon be over as a result of a breakthrough recently announced by U.S. scientists. A team at Northeastern University in Boston has discovered 25 potential new antibiotics, all of them derived from soil microbes. One of them, teixobactin, is effective against both tuberculosis and MRSA. The drug is being developed by NovoBiotic Pharmaceuticals and should go into patient trials within two years.

“We have to respond to the challenge of antimicrobial resistance by making sure we secure the necessary antibiotics for generations to come, in order to save millions of lives and billions of pounds,” Prof. Dame Sally Davies, chief medical adviser to the U.K. government, told BBC News.

The AMR Committee’s final report with global solutions is scheduled for publication in the summer of 2016. It is considering how improvements in the following areas can help tackle antimicrobial resistance: the supply of new drugs, rapid diagnostics, surveillance, infection control, alternative treatments, and the use of antibiotics in agriculture.

“AMR is a complex global issue which cannot be solved by any one country acting in isolation. In this regard we think that China has a great opportunity to bring the world together in the fight against AMR when it hosts the G20 in 2016,” wrote the authors.

The report can be downloaded free of charge from the AMR's website, http://amr-review.org. 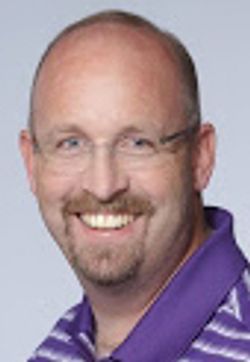 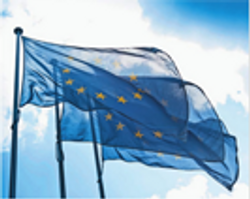 Putting the EMA House in Order