Guido Rasi, MD, prepares to take on his new role.

Following a lengthy delay and the embarrassment of having to re-open the selection process, the European Medicines Agency's (EMA) management board has finally nominated Guido Rasi, MD, as its new Executive Director.

Guido Rasi is expected to be confirmed as the EMA's new Executive Director in July.

Rasi's credentials will be scrutinized at a hearing of the European Parliament Committee on Environment, Public Health and Food Safety on July 13. This is likely to be a formality, and assuming the committee's response is positive, the board will then officially appoint the new executive director.

The move suggests that key decision-makers are now willing to completely trust Italian regulators. The country's pharma industry was rocked by scandal during the 1990s, when Duilio Poggiolini, the ex-Director of the Ministry of Health's pharmaceutical service, was found guilty of accepting massive bribes. He named other officials who had also acted illegally. It has taken a long time for the sector to recover from the whole episode.

Rasi is likely to be kept very busy in his new role. The European Commission has not yet signed off on the EMA's budget. Furthermore, the lease on the agency's London head office is reportedly due for renewal, and there have also been increasing demands for the agency to display greater transparency over how it works. Some observers have criticized how it handled Mediator, the diabetes and obesity drug that remained on the European market, in spite of concerns about the side effects.

"One of the top priorities must be to move quickly to improve transparency on data and on the way the agency interacts with experts and industry," noted Richard Bergström, Director-General of the European Federation of Pharmaceutical Industries and Associations. "Recent criticism is to be taken seriously. I look forward to working with Dr. Rasi on this."

Rasi has been Director-General of the Italian Medicines Agency since 2008, and a member of the EMA's Management Board since 2010. He obtained a degree in medicine and surgery from the University of Rome, having specialized in internal medicine, allergology, and clinical immunology. From 1978 to 1990, he worked as physician in hospital, research, and private practice. He worked from 1990 to 2008 in research at the Institute for Experimental Medicine of the National Research Council in Rome, directing the molecular medicine section from 2002 to 2005 and the Tor Vegata section from 2005 to 2008. He was made full professor of microbiology at the University of Rome (Tor Vegata) in 2008.

In his public declaration of interests dated October 5, 2010, he stated that he was a consultant at Scilcone CQ–USA between 1995 and 2006, working on Thymosin 21, an immunomodulatory agent for treatment of cancer and chronic infection. No other items are listed.

Additionally, at its meeting on June 9, 2011, the EMA's management board unanimously elected Prof. Kent Woods, Chief Executive of the UK Medicines and Healthcare Products Regulatory Agency (MHRA), as chair for the next three years.

"It is my ambition to provide strategic leadership in helping the EMA to continue to protect public and animal health and maintain public trust," noted Woods, who has a background in academic medicine, and holds a Master of Science in epidemiology.

Before joining the MHRA as Chief Executive in 2004, he was Director of the National Health Service Health Technology Assessment Program. He has been an EMA Management Board member since 2004.

The board also agreed to introduce changes to how the EMA handles potential conflicts of interests of staff members. It has promised to implement a more robust system, mirroring the same principles on handling conflicts of interest adopted in October 2010 for committee members and European experts.

According to an EMA statement: "The rules will clarify allowable and non-allowable interests for staff, and strengthen controls on the appointment of individuals as product team leaders. The rules will also require new EMA recruits to divest any interests prior to appointment."

The EMA also initiated discussions to find a common approach for the management of conflicts of interests throughout the EU network. 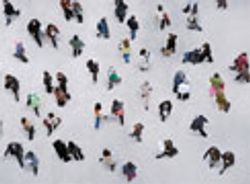 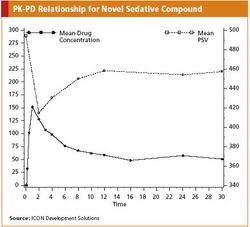