Jury's Still Out on How Best to Handle Trial Data

The EMA announced the possibility of a delay of their much-awaited guidance on trial data due to the unprecedented response received during public consultation.

The EMA is currently reviewing and analyzing more than 1,000 comments received during the public consultation on its draft policy on trial data, which ran from June to end of September 2013. The Agency has warned that the need to study so many submissions may delay the issuing of a final policy, which was initially planned for the end of 2013.

"The public consultation on the policy has generated input from an unprecedented range of stakeholders. Patients, healthcare professionals, pharmaceutical industry representatives, researchers, transparency campaigners, academic and public institutions, health technology assessment bodies, and a range of others sent their comments to the Agency," noted a statement released on November 13. "Many of the contributors provided detailed in-depth comments, some of them substantial, some of them technical, including suggestions relating to methodological and technical aspects of the implementation of the policy."

As part of its collaborative approach to developing a methodology for the release of clinical trial data with its stakeholders, the Agency is currently devoting attention to all comments received and reaffirms its commitment to transparency and the principles of publication and access to clinical trial data, EMA added. To conduct the appropriate in-depth analysis required, the Agency will spend additional time in this reviewing phase.

"The Agency has embarked on the development of a policy on publication and access to clinical trial data because it believes that the release of data is about establishing trust and confidence in the system," continued the statement. "The Agency is also firmly of the opinion that availability of data broadens the scientific knowledge base, fosters innovation, and encourages investment in the development of medicines, and ultimately benefits public health." 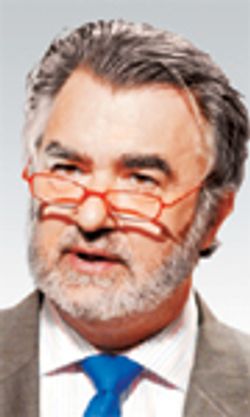