Readers respond to articles and commentaries.

In response to the request for opinions in connection with the use of placebo in clinical research (ACT, August 2004, p. 12), we wish to propose a method of individualized analysis (case by case) of research protocols. This method is mainly based on the assumable risk for patients from the different study groups (experimental and comparison or control groups).

From a methodological point of view, the comparison with placebo in the initial development phases of drugs (before initiating comparative studies with standard treatment) would allow the evaluation of the efficiency of a new molecule in a smaller number of patients. In this way, their exposure to possible toxic or inefficient treatment is minimized, costs are reduced, and the introduction onto the market of inefficient medicines is avoided. Moreover, it would detect situations of a high response to placebo-due to the undulating course or spontaneous remission of the disease.

From the ethical point of view, it must be taken into account that a protocol that is not scientifically correct is ethically unacceptable, although the reverse is not always true. Even if it is necessary to use placebo for scientific reasons, it may not be ethically justified. We believe the ethical considerations that must be considered are as follows: The use of placebo must not involve the deception of patients (placebo is not a treatment); replacing active treatment with placebo may cause the disease to worsen (when placebo is used as a comparative); on occasion it may cause damage directly (i.e., according to the composition of the placebo), or indirectly from the deprivation of a treatment validated during pre-inclusion, washing, or withdrawal periods.

In this last case, two possible situations must be distinguished: one, when there is no accepted standard treatment, and two, when accepted standard treatment is available. The acceptance of the use of placebo in this second case implies the assessment of the possible significant damage (the risk of death or serious irreversible damage). This posture corresponds to the so-called orthodoxy of the placebo. In the opposite case this would be unacceptable as a proven treatment exists (orthodoxy of active treatment).

In our opinion, an IRB, in order to report favorably on a research protocol that includes a placebo group, must check that the following requirements are being complied with:

1) Methodological reasons exist and it has been concluded that the probability of damage or lesions is similar for the patients of the placebo group and those of the experimental group (as to mortality, irreversible morbidity, disability, or other significant damage, albeit reversible, or significant discomfort).

2) Additional measures necessary for lessening the probabilities and/or minimizing possible damage to subjects have been taken. For example, excluding high-risk patients (damage or lack of response), limiting the duration of the period with placebo, carefully monitoring patients (those in hospital, means of rescue, etc.) and establishing explicit withdrawal criteria.

3) The obtaining of informed consent is anticipated, after informing in a full and understandable manner on the use of placebo, the reasons for this, and the possible risks.

4) Finally, optimum treatment must be offered to each subject after the study has ended.

To sum up, in our opinion it is not possible to be totally in favor of or totally against the use of placebo in clinical research. Assessment and deliberation by a committee of experts should be carried out before a decision is made as to whether a specific protocol is "ethical" or not. In this way, it could be concluded that it might NOT be ethical if efficient treatment of vital importance exists and if the patients assigned to the placebo group are more likely to suffer damage, or greater damage than those allocated to the treatment group. And on the contrary, it could be ethical in slight or lesser pathologies, in the absence of proven treatment, when there is a minimal probability of patients assigned to the placebo group suffering damage or lesions (when the risk does not exceed the minimum). 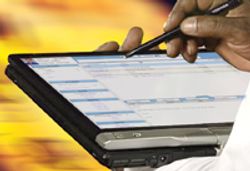 More Than Just Fun and Games?

QA for the Investigative Site