Obesity Wins One, but Rest of Field Uncertain

With New Year's resolutions still fresh in the mind, many may have put "lose weight" at the top of their list. Along with gym enrollments, those who are very overweight may have hoped to add a prescription medication to their regimen. However, what started out in 2010 as potential new therapies for obesity has turned into a murky future for drug development in this area. Sponsors with potential therapies at the starting gate were derailed by safety issues and even an already approved and marketed drug—Meridia in the United States—has been pulled voluntarily by its manufacturer, or forced out by global regulatory authorities.

In January 2010, the EMA suspended the marketing authorization for sibutramine, known as Reductil, Reduxade, and Zelium, across the EU. This was based on the results of a European postmarket request for a cardiovascular outcome study due to concerns raised in the clinical trial data. The FDA then evaluated and met on the SCOUT data in September, and asked Abbott Laboratories to voluntarily withdrawal Meridia from the market on October 8. In mid-November, India's regulatory authority, the Drugs Controller General of India, followed suit and suspended formulations related to sibutramine and r-sibutramine imports and manufacturing.

Paul Aftring, VP and Global Head, Endocrine and Metabolic Disorders at i3, told Applied Clinical Trials that the current climate for obesity drugs is "difficult to say the least." The reasons why are directly related to these various cardiovascular safety issues. However, when it comes to recruitment, potential participants aren't turning away from clinical studies, even with the historical cardiovascular events related to these drugs.

"The condition is extraordinarily prevalent," said Aftring. "Finding subjects to participate is easy." Where the trial becomes challenging is in subject retention and global trials issues.

"Obesity specialists are well aware that this is a population that is hard to keep engaged," explained Aftring. Much like any other weight-loss approach, if there is limited or slow success, the person will lose interest. But in a clinical trial, participation to the end of the trial is required for the data and the control group.

Aftring suggests using small rewards such as pedometers, which can monitor activities even after the trial is over, or cookbooks that can help with diet. "You have to make sure you aren't creating undue influence," said Aftring, "but these types of things can be used." But outside of useful tokens, what else can be done for the obese subject?

Since not all investigators will be obesity specialists, there is a need to educate the site staff on engagement and retention. Engagement can come in the form of follow-up phone calls, compliance to the study, and encouragement on achievements, no matter how small they are. There will be weight loss achievements because all subjects in an obesity clinical trial will still be required to comply with the standard of care, which is diet and exercise. Specifically, these trials call for all subjects to limit their dietary fat to 30 percent. The difference, of course, is some will be on placebo and others on the experimental agent.

In order for the data to be measurable across a global trial in obesity, however, is where conduct can become complex. How does a measurement becoming equalized when a subject is instructed to take the agent before a meal— members of one culture might eat a number of small meals during the day, and a large meal at night, while another culture might feature three large meals per day. "The challenge is how to get consistent results," said Aftring. "There are local nuances that need to be addressed." i3 wrote and posted an article to its website at www.i3global.com/spotlight/spotlight03232010 that discusses these global issues in detail, from variability in diet and exercise to developing those educational materials involved across cultures.

With the challenges of a negative risk-benefit ratio surrounding obesity drugs due to increased cardiovascular events, future development may lie in the comorbid conditions in cardiovascular disease and type II diabetes. Industry experts predict a dearth of drugs for obesity, a similar 10-year span that occurred with the fen-phen safety issues in the 1990s. Aftring notes there is much more activity on the diabetes side of the endocrine equation. In the end, it may be that sponsors will focus on testing diabetes drugs with better risk profiles, or working toward obesity drugs that have a novel mechanism. However, trial managers can take the aforementioned advice from Aftring for cultural nuances in a global trial. Applying local and cultural norms in any trial is necessary, as well as retention and engagement strategies. These will not be lost in current or future diabetes and related trials. 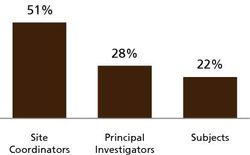 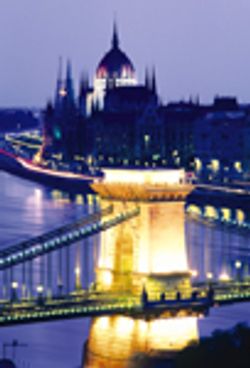