News from the Orphan Drug workshop.

February 28 marked Rare Disease Day in the United States and the start of the FDA's Orphan Drug two-day workshop held in partnership with the National Organization for Rare Disease and Genetic Alliance. This "Do A Designation" is offered by the FDA's Office of Orphan Products Development (OOPD) to provide regulatory assistance, application writing, and guidance to "demystify" entry by smaller biotech's, academics, and larger industry. These events were followed by CDER's March 2 meeting of the Pharmaceutical Science and Clinical Pharmacology Advisory Committee to discuss "innovative approaches to the development of drugs for orphan and rare diseases...."

According to OOPD, there are approximately 2,300 orphan-designated drugs, with 362 approved products since regulations were implemented in 1992, under 21 CFR Part 316. Of those, 14 were approved last year. Orphan drug status is conferred when a proposed drug is for a rare disease, meaning it affects less than 200,000 people in the United States, and there is a medical rationale that the drug shows promise in treating the disease. One example of a rare disease is Cystic Fibrosis (CF), which affects approximately 30,000 people in the United States according to the Cystic Fibrosis Foundation. The median age of survival for someone with CF is 37 years old. Remarkably, only 40 years ago, CF patients were only expected to live to age 10.

The Orphan Drug Act gives drug makers seven years market exclusivity, as well as tax incentives. Public grants are also part of the legislation, which hovered at $14 million two years ago. In addition, private grants can be given by foundations that organize around rare diseases, along with patient support and advocacy. Accompanying these financial benefits are scientific advances. The genetic structure discovery in lung infections in 2000, the 3D determination of a portion of the CFTR protein three years later, and the approvals of drugs managing the symptoms of CF since 1994 have all contributed to the increase in life span.

As the chart from the Cystic Fibrosis Foundation shows, there are 29 drugs in development to address the various CF-related problems. The Cystic Fibrosis Transmembrane Regulator (CFTR) modulators are showing promise to address the underlying cause of the disease. These modulators are in trials to assess their ability to correct the function of the defective CFTR protein, which causes the chloride and salt in the cell membranes to become abnormally thick and build up in the lungs and other organs.

Two of the compounds, VX-770 and VX-809, are in development by Vertex Pharmaceuticals, and the CFF's non-profit drug discovery and development affiliate. Vertex has received approximately $75 million from the affiliate to support CF R&D.

At press time, Vertex announced positive Phase III results for VX-770 that showed a 10.6% improvement in lung function. Significantly, the trial was designed that a 4.5% improvement would yield positive results. The company plans to file regulatory approval in the United States and Europe in the second half of this year.

PTC Therapeutics announced in late December enrollment completion for a Phase III ataluren study, which is also supported in part by a CFF grant. The 48-week study of 238 subjects is taking place in 36 sites in Europe, Israel, and North America. Its identifier is NCT00803205. 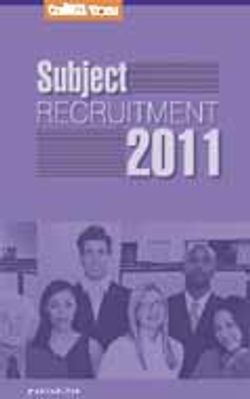