For years, physicians and medical students, most of them people of color, have tried to highlight the scarcity of images of black and brown people in medical curricula. A study published in 2018 that reviewed over 4,000 images in textbooks that are commonly used in top medical schools, such as The Atlas of Human Anatomy and Gray’s Anatomy for Students, found that only 4.5% of images represented dark skin tones.1 As such, while the formal medical curriculum clearly emphasizes equality of care, this message is undermined by the poor representation of people of color in textbooks, case studies, and training materials. Critically, this uneven representation that places a white person as the normative patient has been identified as a significant contributor to racial inequality in health care experience, treatment, and patient outcomes.2

Although the underrepresentation of images of people of color in the medical curriculum is an issue that affects training in every branch of medicine, it is especially problematic for dermatology where diagnosis and assessment of the severity of a condition depends almost entirely on the appearance of the skin. In the US, coverage of dark skin at national meetings and in images included in core dermatology educational resources is limited and variable.3 A study published this year focusing on dermatology textbooks found that only 11.5% of images showed dark skin.4 This is echoed by dermatologists and dermatology residents in the US, who report that they have been inadequately trained in identifying conditions on dark skin, and see the need for greater exposure to images of people of color in training materials.5

Recently, there has been a growing movement online aimed at tackling this issue. Brown Skin Matters (@brownskinmatters) is an Instagram account with reference images of dermatological conditions on non-white skin, aiming to help people of color identify skin conditions. It was launched in 2019 by Ellen Buchanan Weiss after her son, who is mixed race, broke out in a rash and she could not find any images online that matched what she was seeing on his skin. Last summer, Malone Mukwende, a second-year medical student from St. George’s Medical School in London, cowrote a handbook named Mind the Gap, which aims to raise awareness on how symptoms and signs of conditions can manifest differently on dark skin. Multiple articles featuring these initiatives as well as highlighting the need for better representation of dark skin in dermatology training have followed, including pieces in Stat News, The Guardian, NPR, and The Washington Post.

This online movement demonstrates that, unlike other pervasive economic,6 historic,7 and cultural barriers8 to health for people of color, the underrepresentation of dark skin in training materials can be remedied. By improving the tools and education provided to clinicians, they can be better positioned in diagnosing and treating skin conditions in people of color. In addition to improving standard of care, diversifying training can provide significant benefits to clinical research in dermatology. For a trial to yield the most meaningful results that are applicable across the entire patient population, assessments supporting endpoints need to be measured in the most accurate and consistent manner.

Atopic dermatitis is a common chronic skin condition that typically presents during early childhood but can persist into adulthood. Due to a complex interplay of genetic and environmental factors, the immune system becomes overactive, triggering inflammation that damages the skin barrier. This leaves the skin dry, itchy, and scaly. Atopic dermatitis can often create a vicious cycle where children itch and scratch and itch and scratch, causing further inflammation and damaging the skin. Black skin is significantly associated with the presence of this condition,9 and Black children are more often seen by clinicians for a diagnosis of atopic dermatitis compared to white children,10 suggesting either an increased prevalence or severity.11

In clinical trials the effectiveness of a medication in treating atopic dermatitis is determined using clinician-reported outcome measures, such as the Investigator Global Assessment (IGA) and the Eczema Area and Severity Index (EASI). For the IGA, the clinician scores the overall appearance of the skin affected by selecting one of five severity grades. Achievement of IGA 0 (clear) or 1 (almost clear) has been the primary definition of treatment success. The scoring process for the EASI is more extensive. For four different body areas (head, trunk, arms, and legs) the clinician evaluates how much of the skin is affected and how intense the characteristic signs of the condition are. These signs are erythema (redness), induration (thickening), excoriation (most likely due to scratching) and lichenification (i.e. how leathery, akin to a lichen, the skin appears). A total score is then calculated by taking into account the area affected and the severity of the signs. What is common in these and other clinician-reported outcome measures in dermatology is that they very much depend on the clinician’s judgement.

The inherent subjectivity of these measures often results in disagreement between clinicians’ ratings on the severity of a patient’s condition. Hanifin and colleagues (2001)12 tested the reliability of the EASI by exploring score agreement between clinicians (inter-rater variability) and within the same clinician across time (intra-rater variability). To achieve this, 15 dermatologists assessed 20 children and adult patients with atopic dermatitis twice over two days. Overall, inter- and intra-rater variability for the EASI total score was found to be fair-to-good. However, when exploring the scores for each individual sign of atopic dermatitis independently, agreement between the raters was evidently poorer: thickness, scratching, and lichenification showed poor or fair inter-rater variability, with only erythema crossing the threshold to good for both assessment timings. Other studies exploring the reliability of clinician reported measures for atopic dermatitis have found similar results, with scores on the most commonly used assessments in clinical trials showing either poor or moderate agreement between clinicians (e.g. Silverberg et al. (2021)).13

Studies have specifically focused on how agreement in clinicians’ scores on dermatology assessments differ across skin types. When it comes specifically to patients of color, rater variability has been found to be disproportionately high for dark skin. For example, Zhao and colleagues (2015)14 compared the reliability of clinician scores on the most common assessments used in clinical trials for atopic dermatitis, including the EASI. They found that across all assessments, inter-rater variability was higher the darker the skin of the patient being assessed, and that reliability was poorest for patients with highly pigmented skin. A significant part of this disagreement was due to a high degree of variability in clinicians’ scores of erythema on highly pigmented skin. When erythema was excluded from the assessment of disease severity and the score was adjusted, disease was found to be significantly more severe. These results echoed the well-reported challenge that dermatologists have detecting erythema in heavily pigmented skin,15 resulting in patients with dark skin that have cutaneous diseases such atopic dermatitis being underdiagnosed and undertreated.16

For clinical research in dermatology to yield meaningful results applicable across the disease population, the most relevant outcomes–such as the EASI in atopic dermatitis–need to be measured in the most accurate and consistent manner. Critical to this is ensuring that every clinician rating disease severity understands the scores in the same way and administers the assessments in the same way every single time. Training raters who will administer the assessments prior to the initiation of a clinical trial can ensure their scores of patients’ disease severity during the trial are calibrated, reducing variability. Rater training has been used extensively for clinicians assessing patients in clinical trials on central nervous system disorders, where outcomes are often semi-structured interviews that rely heavily on clinical judgement,17 but only recently has been identified as important for endpoint quality in dermatology clinical trials.

In a recent study, Olt and colleagues (2019)18 investigated the impact of standardizing training on the EASI for clinicians participating in a US nationwide trial. Clinicians were trained on a detailed explanation of the assessment, along with consensus building exercises with expert trainers that involved example images with varying severity of atopic dermatitis signs. The participating clinicians then took part in a test-retest certification test aimed to establish competence and determine inter-rater variability. This certification exercise consisted of two sessions, 5-10 days apart, where a set of case studies with different disease severity were presented, and the clinicians were asked to rate them. The findings demonstrated that variability in clinician’s EASI scores were significantly reduced after they received training, clearly showing that standardized rater training can align clinical judgement thus improving data reliability and quality.

Given the underrepresentation of dark skin in the medical curriculum,2 and the increased rater variability observed when assessing dark skin,14 it is important to ensure that rater training materials for dermatology clinical trials are diverse and sufficiently represent all skin types. This is vital for making sure disease severity and treatment effects are accurately captured for patients of color participating in clinical research. However, although there are textbooks such as the Atlas of Black Skin19 that contain high-quality images of dermatological conditions on darker skin, there is no standardized image library for rater training that illustrates how signs manifest and progress with disease severity across different skin types. Issues with images currently used in rater training range from poor image resolution and artefacts obstructing the affected area, to limited depiction of key anatomical areas affected by disease.

To address this issue, Signant Health gathered a multidisciplinary team of graphic artists, scientists, and expert clinicians to develop a set of training images for clinical research. The team developed high resolution, photo-realistic images of the different signs of atopic dermatitis across severity levels and skin types which can be seen below. These images capture the progression of the signs of atopic dermatitis in common anatomical areas affected by the condition (e.g. inside of the elbow and back of the knee), with the affected area being represented without obstruction. By using this set of images, clinicians can be trained to identify and rate otherwise difficult signs such as erythema on darker skin. Training on such a diverse set of images has the potential to increase the reliability of clinician reported measures in dermatology clinical trials.

Clinical trials are essential in contemporary evidence-based medicine, as they generate evidence on the safety and efficacy of new therapies and treatments. Diversity of participants in clinical trials is critical to ensure that the trial population is representative of the patients who will be using the treatment being tested, and that the findings are generalizable. Although historically racial and ethnic minorities have been underrepresented in clinical research across therapeutic indications,20 including dermatology,21 major efforts have been made in the US by the FDA and the Revitalization Act of 1993. This has led to a steady increase of dermatological trials involving ethnic minorities.3 As such, diversity in training materials for clinicians taking part in a clinical trial, ensuring they are well positioned to judge treatment effectiveness across skin types, is critical. 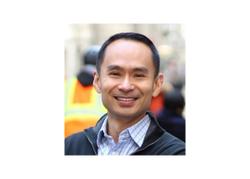 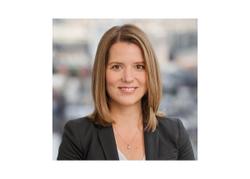