Quality Amid the Chaos: Breaking Down Barriers to New Data Capture Models

Medable, a decentralized clinical trial digital platform company, was co-founded in 2014 by Michelle Longmire, MD, who is also its CEO. The company has shown consistent business growth, but the ongoing COVID-19 pandemic has brought its services to the forefront. In the following Q&A, Longmire discusses her

background, Medable, and how research will be transformed by the pandemic.

Can you give a brief history of how you became a physician-turned-CEO of a decentralized clinical trial digital platform company?

Michelle Longmire: I was a physician scientist at Stanford and was researching the epigenetics in a very rare disease in identical twins, which is inherently a challenge for researchers.

Through that research, I realized that the clinical setting had limitations. We were limited to patients in the immediate geographic area. Also, there’s a lot of health data that isn’t effectively captured. I realized there was an opportunity to build a new kind of suite of technologies that would open the door for a much broader set of research participants and participation. This technology would dramatically impact the quality of data, capturing real-time data that we would normally only capture on a very sporadic basis, and in a much more continuous or true-to-life way.

Being at Stanford, where entrepreneurship is part of the lifeblood, and then the component parts of Silicon Valley from investors and other startups, the idea that you could start a company is much higher here, because you’re surrounded by the people who are actually doing it. I had to decide whether this work would be best done in the setting of academia or the setting of a private company. And I realized I was more aligned with the entrepreneurship mindset, which is one where you start from scratch and there are no structural limitations, outside of yourself. So, through that, I started the company, got funding, and built this awesome team that we get to work with on a daily basis.

There has been a lot of talk about remote, decentralized, and virtual trials for some time. What have been the true barriers to adoption that you have observed?

Longmire: We started out with this idea that through a mobile application, patients could participate in research anytime, anywhere. That was furthered by Apple with its work on Apple ResearchKit, which showed we don’t have to limit participation to a couple hundred people. When we go directly to participants through mobile devices, we can get hundreds of thousands to millions of participants. That reframed research, but was much more on an observation basis. However, taking a registration and conducting Phase II and Phase III studies in the context of direct-to-patient or patient in the home has evolved since then.

We’ve had to answer “how do we capture data that can be submitted to a health authority for a drug trial with high enough quality or even better quality, in this new setting?” That has changed over the last two years and specifically over the last couple months due to COVID-19. It went from a nice-to-have, to truly the only option for continuing to capture this type of data and to enable this type of healthcare delivery.

Now, with the COVID-19 pandemic, many are saying that the experience will finally push industry toward a new way of working. What are your thoughts?

Longmire: Necessity is the mother of invention and even the mother of adoption, when it comes to this pandemic. Some of these new technologies and processes had already been invented, but not fully adopted because there was fear that the other way was safer. So, now when there’s no other way, you can prove it works; you have validation. I think everyone has been waiting for the proof. We needed to generate the proof that decentralized trials and remote or virtual research could be done well, safely, and conveniently.

There’s no question that these new approaches work, and work better-in some cases-than traditional

methods, so I don’t see the industry reverting at the scale we had traditionally done.

Medable and its partners are now working to ensure every site has telemedicine as a basic capability to provide remote care, because you never know when you’re going to need that. Moving forward, it will be a core clinical continuity/preparedness measure. We will also see very thoughtful and scaled planning around hybridization and decentralization for upcoming and in-flight clinical studies.

What specific examples during the early days of the pandemic from your company give you a signal that industry will be able to tip the scales toward decentralized trials?

Longmire: In the first couple of days, everyone from existing partners to totally new partners were calling us around the clock looking for help. We created a workstream for rapid validation and qualification of individual studies, as well as partners, so that we could deploy technology quickly. What was never thought possible before was suddenly turned around in a matter of days to a week. We literally turned months-long timelines into days-and this was key, as was the ability to deploy technologies with necessary processes around patient data privacy, security, and data quality.

One new partner wanted to go live in Italy during the peak of the COVID outbreak there. They had a critical visit the next Monday on a hard-to-recruit trial, and they really wanted to ensure they could capture the data from the patients who were set to come in that next week. We were contacted the Monday prior, and we worked day and night to launch that next week. We deployed pager monitoring and devices and trained the physicians and the site staff over the weekend, in their homes and us in our homes, but we got everything off the ground. We also learned where the roadblocks were and that helped us develop a much more efficient process.

There is a divide of resources going toward COVID research, and resources for the in-flight studies. What is Medable doing toward the COVID-19 research end?

Longmire: We have seen a huge influx of biotechs and sponsors who want to do clinical trials on investigational treatments for COVID, either vaccines or interventions. Because we realize we needed to be able to move faster than we were before, we created ACCESS, as a research superhighway.

ACCESS is an existing or master protocol and technology system, where participants all over the United States who are engaged in active clinical trials collect key baseline data so ACCESS can match participants to new trials. Next, the system dynamically enables participation through the same mobile application. We can onboard and launch new studies for biotechs through the system in a matter of a week or two, versus a standard startup timeline, where eight weeks would be considered short.

The concept of a master protocol and an existing framework or research superhighway accelerates participation for those already moving down the research pathway and facilitates a much faster drug development process. 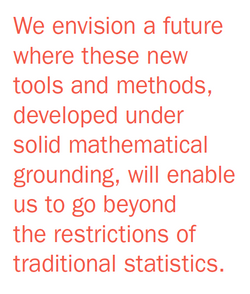 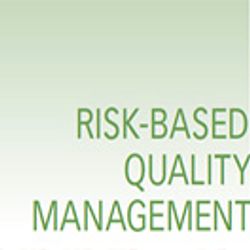 Bridging the Gaps in CAPA Planning in Clinical Trials 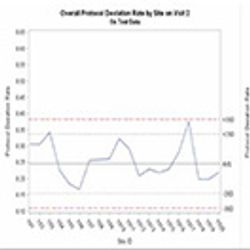