At the end of January, CBI hosted the Patient Centricity in Clinical Trials conference in Philadelphia, PA. At the conference, Joseph Kim, Director of Clinical Operations at Shire, mediated a patient panel focused on their experiences participating in a clinical trial.

What interesting things about their trial involvement did the panelists share?

It was interesting to hear how some principles we have settled on as industry professionals were interpreted or questioned among patient panelists. One example that came up was the concept of reimbursing patients for participation in clinical trials. Pharma companies have shifted away from creating coercive incentives when it comes to patients and their participation. Gone are the days of participants being able to accrue points toward some final incentive by staying in a study long enough. This has been replaced for the most part by a principle focused on reimbursement of only things like travel and other real out of pocket costs in the spirit of creating a neutral environment for participation.

Interestingly enough, the patient panel debated this issue hotly. One of them thought she should receive a proportion of a day's wages depending on how long a visit took—how to calculate a day's wages, of course, is another story. Another argued that because this is volunteerism it is better that they don't get anything above and beyond any real cash outlay related to participation. A third said that in an actual trial, she had to pay a great deal up front for hotels and overnight stays, only to wait months before getting reimbursed—and only after much lobbying. The panel did agree that if they were expected to spend some of their own money, they should be entitled to get it back to as soon as possible.

Another counterintuitive point that came out of the discussion was in regard to the panel's concerns about data privacy. In other words, what was the panel comfortable with relating to what else was done with data collected as part of a clinical trial? It turned out that most of the panel members didn't really have a problem with researchers doing what they needed to do with the data in the spirit of science—and that included genomic research. In other words, the panel wasn't concerned about the behavior of the scientists themselves. What the panel did have a problem with was what the treating physicians did with the data. Panel members expressed concern that their entitlements or whatever payer arrangements they had established may be adversely affected as a result of data being reported to, or discovered by, a payer through the physician. For example, there was a fear that if an individual's condition improved during the clinical trial, coverage for a certain approved drug for that condition would be revoked as a result of this improvement. Through data privacy disclosures, sponsors go to great lengths to communicate the fact that patient data is judiciously handled. Ironically, the patient panel was more concerned with how the healthcare provider was handling the data, and not the sponsor.

How important is it for sponsors and CROs to survey their trial participants and what do you feel is the best way to capture that information?

Because of judicious interpretation of data privacy, many sponsors stay away from going directly to patient participants to survey them on anything. While we do and know how to engage patients heartily from a market research perspective, when it comes to clinical study participants the pendulum swings the other way, and it's typically a hands-off approach. While I think it's important to understand our clinical trial participants better, there really is no conventional mechanism to engage them. Fortunately, organizations like CISCRP have gone out and collected perspectives from patients on clinical trials, which has helped tremendously.

Is there anything that you learned or heard during the panel that you would like to incorporate in a future study?

One thing I tried to impress upon the audience was to avoid the temptation to correct the panel members if they said something that was incorrect or based off of a misconception, and instead to just accept it as evidence of a greater opportunity to do a better job of informing patients about clinical research. Having said that, it was surprising how much misinformation—or lack of information—served as the foundation of the panel members' understanding. It was apparent that members of the panel didn't have a good grasp of clinical trial principles—rules about futility, data monitoring boards, institutional review boards (IRBs), informed consent, etc. Looks like we can all do a better job educating the general public about how research really works. 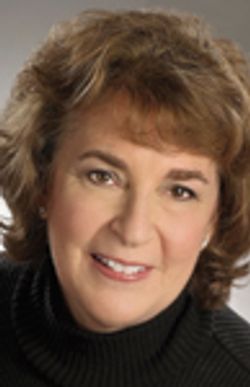