Rethinking the Adage Time is Money

Obsession with shorter cycle times has been mistakenly drilled into all aspects of development.

Senior management should clearly receive some of the blame. But, arguably, vendors are equally responsible for creating the industry-wide obsession with reducing cycle time. The typical sales call between 1990 and 2010 largely focused on the ability of a new product or service to reduce the number of delays and accelerate development time thereby helping a sponsor company realize a huge sum in additional drug sales. Many vendors priced their product or service accordingly, basing its value on the opportunity cost of a longer period of patent protected pharmaceutical sales.

Vendors—and management—have drilled the obsession with cycle time into all aspects of drug development planning and execution. A simple concept has ruled the day: Time saved equals more dollars earned. With few exceptions, drug development professionals can recite readily the cost of a single day of delay—now approximately $1.3 million in lost prescription sales—in bringing an average performing drug to market. And this obsession has produced a number of compelling solutions over the years.

Drug development technology solutions, most notably electronic data capture (EDC) systems, have dramatically shortened the time to capture and clean clinical research data. Anecdotal reports from a variety of sources hold that EDC has shortened the time from study close to data lock to a fraction of the time that it used to take with paper-based systems.

A significant focus of attention and resources on First Patient In by senior management and by the capital markets as a critical measure of study and corporate success during the past two decades has facilitated a host of solutions and practices designed to accelerate clinical study start-up. Standalone and Internet-based commercial and proprietary site selection and patient identification databases, for example, have enabled sponsor and CRO companies to find and engage investigative sites faster. In addition, grant negotiation databases and master service agreements have assisted sponsors and CROs in shortening the trial budgeting and contract approval processes. Performance incentives have also been offered to internal and contract clinical team members and to study staff to not only start-up quickly but also to enroll the first study volunteer rapidly.

The globalization of clinical trials has given sponsors and CROs access to investigative sites in more remote parts of the world capable of enrolling study volunteers two to three times faster than that of sites in the United States, Canada, and Western Europe. A CenterWatch 2005 study found, for example, that enrollment rates among investigative sites in Latin America and Eastern Europe were more than twice as fast as those among Western European and US-based sites. A recent presentation by a top five pharmaceutical company showed that in 2010, investigative sites in remote geographic regions including India and China enrolled patients into clinical trials 40% faster than did their counterparts in the United States and Canada.

Outsourcing strategies have consistently been associated with faster cycle times. Research conducted by the Tufts Center for the Study of Drug Development (Tufts CSDD) between 2005 and 2010 has routinely found that projects with high levels of CRO usage across a variety of functions and tasks tend to be finished closer to their planned completion dates than those projects involving relatively low levels of CRO usage. At the same time, no significant differences in performance quality (e.g., case report form errors, site 483s, and regulatory cycle times) between the low and high CRO usage groups have been observed.

These are but a few examples of the many solutions and practices that have been implemented to compress cycle time and accelerate the completion of a variety of activities and tasks.

Taken together, the many time saving solutions and practices implemented should reasonably be delivering an investigational drug at 40%—to even one-third—of the historically long average cycle time that it took to develop a drug in the 1980s and 1990s. Yet the opposite has happened. Industry-wide obsession with shortening cycle times has not delivered its desired intent. The average development cycle time for a single investigational drug between 2008 and 2010 was 6.8 years—nine months longer than the average for a single drug developed 10 years earlier and a half year longer than the average observed 20 years earlier.

Industry-insiders and analysts surmise that the failure to sustainably reduce cycle time has a lot to do with all that is thrown at development teams and their contract service providers: the onerous burden of regulatory compliance; the difficulties of managing and conducting ever-larger global studies targeting highly complex, chronic illnesses; uncertainties associated with staff restructurings, downsizings, merger and acquisition integrations, and handling in-licensed compounds; and the perennial new development strategies and practices that companies are implementing.

Another root cause that is rarely considered, but may be playing a major role in increasing cycle times, has much to do with the way that sponsors and their partners have obsessed over cycle time. A growing body of evidence suggests that the practices supporting the concept "time saved equals more dollars earned" can result in unintended consequences and time delays. Instead, sponsors, CROs, and sites need to be receptive to a supplemental concept—time spent equals more dollars earned.

Cycle time reduction strategies have primarily looked at compressing sequential tasks and activities. Clinical teams, their CROs, and investigative sites, have raced to move from time A to time B. But few organizations have fully considered the substantial down stream cost of rushed planning and hasty execution.

In the scramble to engage a large number of globally dispersed investigative sites, for example, sponsors and CROs have focused on enrollment rates but less on setting up and coordinating the infrastructure in remote regions to support these sites. One of the largest global CROs reported that on a recent pivotal trial it took three times longer to establish the infrastructure and work with health authorities and regulatory agencies in remote regions. A clinical supply manager recently told me that study drug shipping times to remote regions took up to twice as long.

A 2011 Tufts CSDD study looking at nearly 16,000 investigative sites participating in 155 global Phase II and III clinical trials found that although 85% of all sites eventually achieved their target enrollment rates, less than half did so within the planned clinical trial timeline. Nearly 15% took more than twice as long as planned. And 11% of global sites on average did not enroll a single patient. Many of these sites would have benefited from more support and coordination. The notion that the success of any clinical study hinges on the slowest enrolling site makes the achievement of sustainable cycle time reduction more elusive.

In addition, a 2010 Tufts CSDD study found that the majority of protocols (approximately 70%) require amendments—each taking, on average, two months to implement. Nearly 40% of amendments occur before the first study volunteer has received the first dose, strongly suggesting the need for better upfront protocol planning, review, and feasibility assessment prior to handing it off in the race to get the clinical trial started.

These are but a few examples. Individuals close to specific activities and tasks can point to many more cases where the rush to do things faster results in longer cycle times as clinical teams and their partners must revise and redo work.

The goal to sustainably reduce cycle time requires rethinking the classic "Time is Money" concept and combining both time saving and time spending measures to support and nurture performance success. A good place to start: metrics collected by management and clinical teams need not only to measure traditional cycle time but also to measure efficiency, downstream delays, the incidence of remedial practices, and quality.

There is not only a necessity for time saving technologies and practices but also a necessity for investing more time upfront into specific tasks and activities to properly engage teams, plan for contingencies, coordinate various parties, determine whether protocols are feasible and executable, and budgets and timelines realistic. Doing so will ultimately deliver real and long-term cycle time reduction while improving quality, cost, and efficiency. 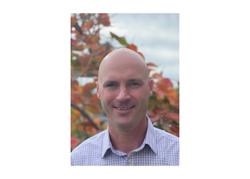 Consent in the Fast Lane