A new study by Premier Research shows that both American and European pharmaceutical companies are facing similar problems in regards to pediatric trial regulations.

A new study by Premier Research shows that both American and European pharmaceutical companies are facing similar problems in regards to pediatric trial regulations. The number one concern for both? Patient recruitment.

The study, which surveyed 55 companies, revealed that patient recruitment may be suffering because of the lack of children available who meet study guidelines. In fact, over 70% of US respondents indicated that finding enough patients for Pediatric Research Equity Act (PREA) studies is difficult.

"One thing that companies embarking on pediatric studies ought to do is to evaluate the customs, cultures, and healthcare access patterns of the pediatric populations they intend to enroll," Sanders said. "Alternatively, they should select a partner—such as a qualified CRO—which can do such an evaluation for them."

Sanders also noted that companies should remember that matching patient profiles to the clinics and countries where the trials are conducted is essential to the success of a study.

Another option for trials that have only a few available subjects or with a long enrollment period is "pooled population study."

"The value of such studies is that they are able to rationalize scant data derived from seemingly unrelated sets of pediatric patients exposed to the same product. This methodology pools the data, which are analyzed together to construct a pediatric profile for a specific product," Sanders said.

Although studies with larger subject numbers would be preferable, these computer-based results can also deliver informative data.

In addition, the Premier Research survey showed that companies faced other challenges besides patient recruitment such as general confusion about PREA rules in the United States, as well as the Pediatric Regulations' Pediatric Investigation Plan (PIP) requirements in Europe.

Seventeen percent of US respondents do not understand PREA, about 60% said they "somewhat understood" PREA, while an alarming 10% never even heard of PREA, which has been around since 2003.

And results were little better across the pond. According to those surveyed from Europe, two in 10 said they do not understand PIP, only 55% said they "somewhat understand" PIP, and 6% claim they never heard of PIP.

To counteract this problem, Sanders recommends that companies begin looking at PREA and PIP guidelines earlier rather than later.

"Because many companies don't fully understand the process, delays occur," Sanders said. "Obstacles frequently have less to do with the regulations themselves than how companies are set up to handle the global demands that these pediatric regulations make, both financially and in terms of time management."

For those who are still baffled by the pediatric guidelines, Premier Research has conducted a series of webinars about pediatric clinical research which are available on their website at www.premier-research.com. The company has also issued the first of two white papers regarding pediatric trials for further background.

Other key takeaways to note from the survey are that about one-third of users did not realize they could revise their PREA obligation by working with FDA.

"For that expressed reason, we recommend an initial consultation," Sanders said. "When appropriate, it also may be helpful to invest in pediatric pharmacometric work up front that could potentially eliminate the need for more expensive and elaborate clinical trials down the line."

About half of respondents in the United States and Europe said that PREA and PIP guidelines have forced them to increase R&D budgets. And almost all surveyed in both the United States (92%) and Europe (90%) agreed that having an independent analysis of the company's' PREA or PIP obligation would save time and money. One major difference between Europe and the United States? Europeans (68%) believe securing PIP waivers or deferrals should be easier, compared to 39% of Americans surveyed.

To see more results from the survey, go to http://bit.ly/Il4oQa. 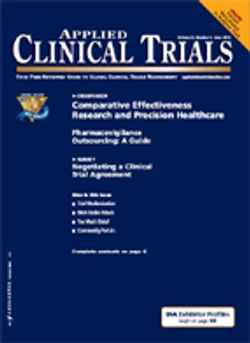 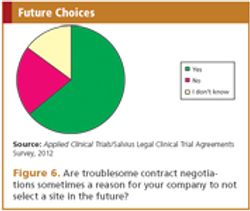 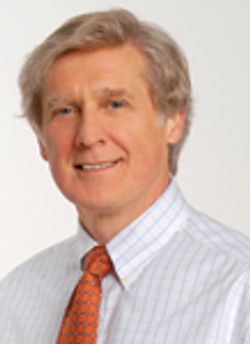 Buckthorn Wars and the Essence of Clinical Data