Consumer groups, research organizations, and members of Congress are pressing for more inclusive clinical research. Critics of current policy claim that a lack of information on how drugs and medical products affect certain patient populations increases the risk of inappropriate use and improper dosing. A prime example is FDA's recent decision to lower the dose for women of the sleep medication zolpidem due to slower metabolism of the drug by women.

Clinical trial homogeneity continues to attract attention on Capitol Hill. One new legislative proposal would require FDA to ensure that clinical trials supporting products granted expedited approval are sufficient to determine safety and effectiveness for both men and women. And a long list of Democratic women in the House have requested that NIH make demographic data public through the http://ClinicalTrials.gov/ website.

The Affordable Care Act of 2012 included several provisions designed to reduce racial disparities in healthcare, including one creating the Office of Minority Health (OMH) at FDA. OMH is charged with promoting "meaningful participation" of minorities in clinical trials, a topic that was examined at an April public hearing on the challenges of collecting and analyzing research information on demographic subgroups. The comments aired at the hearing will shape an FDA action plan to improve the collection and analysis of data on the sex, race, ethnicity, and age of clinical trial participants, which the agency hopes to finalize this year.

A sign of the times is that FDA is "actively encouraging" drug companies to include men in breast cancer trials. In an FDA consumer health information posting, Tatiana Prowell of the Office of Hematology & Oncology Products (OHOP) in the Center for Drug Evaluation and Research (CDER), notes that men historically have been excluded from these studies, but that information is needed because men respond differently to treatment.

Developers of medical devices also face more specific requirements for including women in clinical studies from FDA's Center for Devices and Radiological Health (CDRH), which seeks to finalize draft guidance issued in December 2011 on evaluating sex differences in device clinical studies. CDRH medical officer David Strauss noted in a June 23, 2014 posting on www.fda.gov/ that women represented only 22% of patients in clinical trials for cardiac resynchronization therapy (CRT) devices, but that women benefit more than men from these pacemakers designed to prevent heart failure (see article by Strauss and colleagues, published online June 23, 2014 in The Journal of the American Medical Association: Internal Medicine).

Sponsors, moreover, may feel pressure to examine whether preclinical toxicity testing sufficiently balances female and male animals and cellular cultures. NIH recently adopted such a policy to ensure that the clinical research it funds fully assesses sex differences in patients. NIH has required inclusion of women in clinical trials for more than 20 years, but not in preclinical tests, and researchers tend to rely more on male lab animals, NIH acknowledged in its May announcement. Now NIH grant reviews will consider the balance of preclinical testing in evaluating proposals to avoid obscuring important sex differences in later studies involving human subjects.

Hormone differences, body composition, and metabolism can alter response to medicines, according to a report in Scientific American (June 12, 2014). Women get greater relief from opioid painkillers but may become addicted more easily than men; women respond better to certain antidepressants than men; and less stomach acid may cause women to feel the effects of antianxiety medication faster.

For such reasons, research sponsors say they are working hard to broaden enrollment in clinical studies, but fear that stricter requirements for patient subgroup inclusion will make it harder and more expensive to launch and complete clinical trials. NIH's landmark A4 Alzheimer's study, for example, aims to uncover clues for preventing or halting the disease by assessing long-term response to treatment in 1,000 asymptomatic adults aged 65 to 85. But enrollment has been slow, as many elderly individuals appear leery of learning if they have the amyloid plaque build-up indicative of future disease, according to a report in The Washington Post (June 20, 2014). Moreover, the study requires 20% of enrollees to come from under-represented demographic groups, such as blacks and Latinos, who appear even more reluctant to sign up. Many sites have voiced concerns about recruiting that "one-fifth." 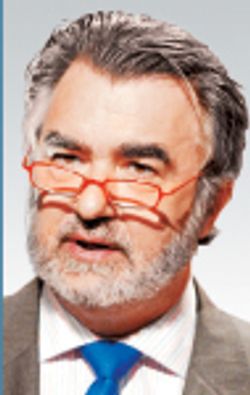 A Shot in the Arm for European Clinical Trials?