Clinical Grants Expenditures are on the Rise Throughout the World

Clinical grant expenditures represent a major portion of the budget for later phase clinical trials. Although not the ultimate reason for picking a site or region to conduct clinical trials, the relative cost of conducting a clinical trial can play an important role in the decision.

TTC provides annual current global data on the relative costs of clinical grants around the world using data pulled from the GrantPlan® database. The sponsor company and CRO subscribers to this database conduct over 76 percent of all commercial clinical trials.

This year, the data shows that the United States remains the most expensive country for clinical grants, often by a large margin, followed by the United Kingdom. Newer geographies such as Eastern Europe, Latin America, and Asia are distinctly less expensive for clinical research.

While less expensive, these areas show more rapid increases in clinical research spending than in North America or Europe. The United States and Western Europe (excluding the United Kingdom) have been averaging 3 percent to 4 percent annual increases. In contrast, clinical grants in the new geographies are increasing at rates over 14 percent.—TTC (for more information, please contact help@ttc-llc.com). 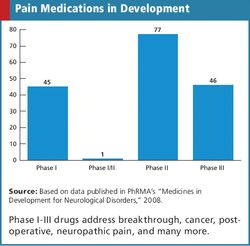 Improve the Business of Science