Creating Medicines ‘Appropriate for All’

Charlotte Jones-Burton, MD, today executive director and the cardiovascular development team lead, innovative medicines, at Bristol-Myers Squibb, grew up in a small rural town in Arkansas. Her family was one of many in the community of 18,000 living beneath the poverty line-and one of many impacted by serious disease, in particular diabetes, heart disease, and kidney disease. Through it all, however, Jones-Burton’s mother taught her to dream big and think big. Jones-Burton became a physician, graduating from the University of Maryland (UMD) School of Medicine with an MD in Medicine, and later earning a Master of Science in Epidemiology and Preventive Medicine.

Following school, while serving as an assistant professor at UMD Medical Center, Jones-Burton was awarded a competitive training grant from the National Institutes of Health that provided her the opportunity to explore clinical research. During this time, she was drawn to the pharmaceutical industry, and in particular, the rigorous clinical research taking place to develop medicines for patients worldwide.

Presently, Jones-Burton leads Bristol-Myers Squibb’s cardiovascular development team, where she’s overseeing the launch of numerous clinical trials for cardiovascular disease (CVD). As the leader of a team that’s working from discovery to commercialization, Jones-Burton thinks critically about the discovery process, making sure the strategy that’s been outlined is efficiently and accurately executed, in order to deliver effective results to patients.

According to the World Health Organization (WHO), CVD is the number one cause of death globally. In 2016, an estimated 17.9 million people died from CVD, accounting for 31% of all deaths worldwide. Given these numbers, BMS focuses on developing novel medicines for CVD patients in need, especially those in underrepresented communities. Jones-Burton currently oversees BMS’s clinical program for Eliquis (an anticoagulant treatment to prevent stroke in people with atrial fibrillation), which will soon include a pediatric clinical trial. “I’m most excited about the opportunity to work on the pediatric program, because there is no direct oral anticoagulant that has been approved for children who are at risk for venous thromboembolism, or who have venous thromboembolism,” Jones-Burton says.

Jones-Burton is also leading a collaboration BMS has with Janssen, around another antithrombotic treatment, a factor XIa inhibitor that is currently in Phase II clinical trials and will be tested across four different indications in studies that will happen almost simultaneously. The goal of the program is to improve standard of care by reducing the risk of thromboembolic events, without increasing the risk of bleeding in patients who have cardiovascular thromboembolic diseases such as stroke or coronary heart disease

Jones-Burton argues that a false optimism exists around CVD. “There is this belief that cardiovascular disease is no longer a public health problem, when, in fact, it remains the number one killer of people worldwide.” She says the biggest issue around CVD trials is the notion that conditions in this area are addressed adequately by current treatments and are no longer of significant concern, which limits funding for research.

“I think it’s important to recognize that there is still an unmet medical need within cardiovascular research,” she stresses.

Another issue plaguing CVD clinical research, according to Jones-Burton, is a lack of innovation where unlike in oncology, for example, trials tend to be much larger and less flexible and adaptable to design changes or new approaches. She says to better realize the promise of future CVD drug development, the industry needs to think through innovative ways to restructure CVD trials. Jones-Burton points to increasing diversity in trials as one possible solution, where results can potentially be generalized to all patients. For CVD, doing so may help accelerate the traditionally longer time frames it takes to advance medicines in this space and bring them to the patients that need them in a quicker, more efficient manner. As the industry continues to grapple with these problems, Jones-Burton says, “as long as we continue to not just speak about how we can improve, but take actions and remain committed, we’ll find ourselves in a much better space.”

However, as an optimist and a problem solver, Jones-Burton believes that while issues might still plague the CVD disease space, change is being made on a macro level, which is translating to the pharmaceutical industry as well. “We’re becoming even more hyper-focused on the patient,” she says. “This vigilant examination of patients will, in turn, drive a lot of the innovation and speed at which the industry moves.”

Jones-Burton points to the advances that have been made in technology and big data as an example of this promising future. “We’re in this era where we have so much data at our fingertips that we can finally begin to start problem solving what’s in front of us,” she says. Jones-Burton believes that as long as the industry continues to focus and hone in on making strides in CVD, headway will continue to be made for patients in need.

As populations globalize, the ability to diversify clinical trials is becoming increasingly crucial in influencing patient outcomes. This is especially important for communities with economic and medical needs, who most often, are the populations Jones-Burton’s research is aiming to better help.

According to the Centers for Disease Control and Prevention, nearly half of African Americans have some form of heart disease (48% women, 44% men); the most common conditions that increase the risk of CVD in these groups include diabetes, high blood pressure, and obesity.

To that end, the physician and researcher in Jones-Burton believes that the industry, and its workforce, should prioritize diversity in all aspects of R&D, from trial design to execution. This prioritization of diversity will present “a complete understanding of how patients of all kinds respond to investigational therapies,” and, thus, potentially having a wider impact on patients and, ultimately, communities.

Jones-Burton points out that when looking at the magnitude of patients that have CVD, it is crucial that the industry is more inclusive of women and diverse groups. This, she contends, “will help us create medicines that will be appropriate and applicable for all.” Jones-Burton believes that if the industry diversifies its workforce, trials will include better insights to inform the science and the business, creating improved patient outcomes.

For Jones-Burton, diversifying new voices in clinical trial design and implementation is all about “leading the development of innovative medicines to help all people,” regardless of community. To achieve this, she says, the industry must seek a diverse workforce, as well as recruit diverse patient populations to enroll in clinical trials. “It begins early in the process, ensuring that we have a diverse group of basic scientists, biologists, and chemists who are doing the discovery, as well as clinical researchers and key opinion leaders informing the research.”

In her role, Jones-Burton says she practices ensuring diversity on a daily basis. “Diversity on my teams is very important,” she says. Jones-Burton is strategic in how she puts these teams together, wanting to meld differing and varied geographic, gender, age, racial, and ethnic perspectives. “That comes with an awesome responsibility, because when you have diverse people, you have to ensure that you have an environment of inclusion where they feel that they are included and have the ability to grow in their careers,” she says.

One area that Jones-Burton feels is an important piece of this diversification mandate is mentorship. “Strategic networks and relationships matter, and it really helps me help other people,” she says. Jones-Burton spends time mentoring women and men of all racial and ethnic backgrounds across the globe.

In 2015, Jones-Burton co-founded Women of Color in Pharma (WOCIP), a nonprofit organization that promotes the development and advancement of women of color in the life sciences. With the motto, “Get Inspired. Be Inspired,” the group’s vision is to transform the industry with women of color-in particular black and Latina women. WOCIP is an outlet to showcase women of color who are excelling in the industry, but also a way of “empowering women to understand what their value is, so they can articulate it, as well as building core competencies for leaders within the industry,” says Jones-Burton, who has helped grow the organization to include a worldwide network with chapters launching in the U.S. and EU.

In turn, WOICP has helped Jones-Burton grow as well. She remarks that she “has evolved as a leader, showing up at Bristol-Myers Squibb on a daily basis, understanding what my value is, and being willing to have the courage to offer the insights that I bring to the table as an authentic leader.” 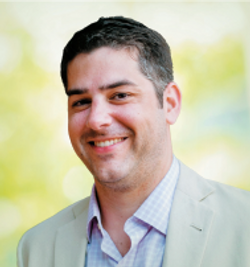 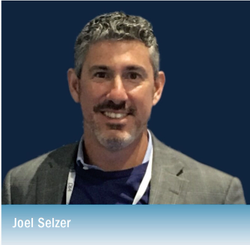 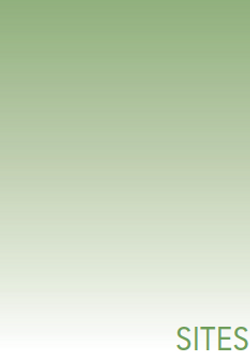