The rare disease community in Europe has come out fighting to defend its record-and its future-in the face of what it sees as growing threats to research. During this year’s traditional Rare Disease Day-February 28-it had been more articulate than usual in seeking support for incentives and infrastructure that it sees as vital to the development of new treatments.

It has even managed to recruit the European health commissioner, Vytenis Andriukaitis, to its cause. He broke with the customary impersonal nature of formal pronouncements in a press statement that focused on individual histories and pseudonymized patients. “As a medical doctor, I have too often been witness to tragic stories from patients with rare or complex diseases,” he said, citing the cases of an Italian girl who suffers from osteogenesis imperfecta and a student from Kaunas who for nearly a decade has been dealing with a rare urinary condition. And the day saw-as is invariably the manner of such designated days-innumerable press statements and declarations from groups serving limited patient populations.

The energy and sense of initiative behind this year’s particularly eloquent appeals can be ascribed to two highly topical pressures confronting rare disease research. One of these pressures is closely related to the European Union’s own internal politics: it results from a wide-ranging review that the EU is undertaking right now of how far it should be providing incentives to rare disease research. By the end of 2018, the fate of the EU’s orphan drug scheme, that provides financial and market exclusivity advantages to selected products, may be sealed. A rising tide of cost-concerns among healthcare payers is threatening to tighten the eligibility conditions for orphan treatments, and resentment at high prices for many of them is intensifying the pressure. The parallel scheme that supports pediatric research is under similar challenge.

The other pressure comes from Brexit. The impending withdrawal of the UK from the EU has galvanized the wider healthcare community in Europe to demand that the interests of patients are taken into account by the EU and UK negotiators in whatever agreement they reach later this year. And the rare disease community again feels at particular danger from a cliff-edge break-up, because that would, they argue, destroy much of the promising EU-level research that the UK has until now been a key contributor to.

A Rare Disease Day briefing from the self-styled Brexit Health Alliance (BHA) painted a stark picture: “Patients will suffer unless there is a new partnership on science and research between the EU and the UK after Brexit,” it said. Clinical research has benefited from UK and EU researchers working together, especially for rare and pediatric diseases, where the UK has led or participated in the largest number of pan-European clinical trials, it went on. In 2014, EU grants worth over $200 million funded the investigation of rare diseases, the briefing pointed out, and the UK is active in maintaining Europe’s key registries. A situation where UK trials are no longer able to recruit European patients would lessen the benefits for patients across the whole of Europe, as well as risk damaging UK and European science, the BHA argued.

BHA is especially anxious about what Brexit might do to the newly-established European Reference Networks (ERNs) that are now bringing together healthcare providers across the EU to tackle rare medical conditions. So too is an informal coalition of Brussels-based healthcare organizations that drew up a list of key Brexit anxieties in late February. Prominent among the issues that provoked dismay was the risk that EU and UK patients may no longer be able to benefit from the pooling of scarce expertise in rare and complex diseases that the ERNs provide. “How will Brexit secure a safe and sustainable supra-specialized workforce through ERNs cross-border training and education activities?” asked Matt Bolz-Johnson, healthcare and research director of Europe’s rare disease patient organization, Eurordis. Eurordis itself has issued a formal call for the European Commission “to secure the continuous and sustained involvement of UK healthcare providers” as members of the ERNs. 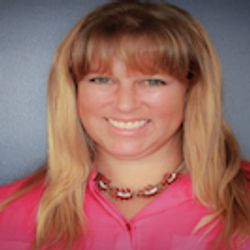 Removing the Risks from Adaptive Pathways: Planning for the Possible?

The Promise of Liquid Biopsy Technology