The Food and Drug Administration approved nearly 40 new drugs in 2012, beating most recent totals, and is looking for provisions of the FDA Safety & Innovation Act (FDASIA) to further improve its operations and encourage innovation.

The Food and Drug Administration approved nearly 40 new drugs in 2012, beating most recent totals, and is looking for provisions of the FDA Safety & Innovation Act (FDASIA) to further improve its operations and encourage innovation. Prescription drug user fees (PDUFA) authorized by FDASIA provide the agency with more resources to assist sponsors in proposing appropriate research programs and in filing complete applications, all designed to revitalize the development of critical therapies.

FDA had already approved more than 30 new molecular entities (NMEs) by early December 2012, putting it ahead of a healthy performance in 2011, reported John Jenkins, Director of the Office of New Drugs in the Center for Drug Evaluation and Research (CDER), at Elsevier's FDA/CMS Summit in December 2012. Jenkins predicted more approvals before year-end, and he was right: the agency approved three more drugs the next week and five more by December 31, bringing the annual total up to 39 new drugs and biologics. Many of the new treatments are directed as life-threatening conditions such as a rare leukemia, inhalational anthrax, Cushing's disease, and drug-resistant tuberculosis.

There's no more drug lag with Europe, moreover, Jenkins added, noting that more than 80% of last year's NMEs were first approved in the United States. And a continuing rise in commercial INDs filed with FDA promises more new drugs in the future.

Right from the start

The rise in approval numbers reflects an efficient review process, as Jenkins and his staff strive to achieve more first-cycle approvals. FDA approved more than 70% of priority applications in one cycle in 2012, and 60% of standard NMEs, a task made easier by applications for targeted therapies with large effect size and for rare disease treatments with clear benefit/risk ratios. In addition, sponsors are filing more complete applications in the first place, Jenkins commented. The days are over when CDER will accept data from a second pivotal trial six months into the review process.

The development of more critical therapies for serious diseases may be encouraged further by guidance in the works that aims to clarify the opportunities and requirements created by FDA's various expedited approval pathways—fast track, breakthrough, priority review, and accelerated approval. And new liaison staffers will offer assistance to firms navigating the FDA review system, which should be particularly helpful for the growing number of "emerging sponsors" filing their first new drug applications.

Bob Temple, CDER Deputy Director for Clinical Science, noted that FDASIA provisions supporting approval of breakthrough therapies based on limited clinical evidence are not really new because FDA frequently has accepted more risk and shown flexibility with highly innovative products. But the new policy is helpful because it clearly instructs CDER to facilitate approval of "drugs with impact." The rise in new drug approvals, he noted at the Elsevier conference, reflects an increase in very well-targeted cancer drugs with "huge effects" in specific populations, an approach that he hopes can be applied to other conditions, such as asthma.

Temple anticipates that more targeted therapies will come to market through wider use of enrichment strategies in clinical trials, as described in new guidance issued in December 2012. This draft document describes methods for decreasing heterogeneity and for selecting patients likely to have a certain condition or to respond to treatment, strategies that Temple has supported for years. The guidance advises sponsors to acknowledge their use of enrichment studies in protocols, to avoid labeling that overstates benefit for other populations, and to be prepared to provide data on response in marker-negative patients. Enriched study methods offer opportunities to bring critical therapies to patients based on smaller, faster clinical trials, says Temple: "While enrichment won't save a drug that doesn't work," he notes in an FDA blog, "it will help find one that will."

One concern at FDA is that approval of new breakthrough drugs could be delayed by problems with manufacturing scale-up. CDER director Janet Woodcock described FDASIA's breakthrough therapy program as "a game changer" for cancer, genetic diseases, and other serious conditions at a November 2012 conference sponsored by Friends of Cancer Research and the Brookings Institution. But even if FDA wants to approve a highly targeted cancer therapy that demonstrates complete response in Phase I or II, it may have to wait until the product meets "ready for manufacture" criteria. Sponsors anticipating such problems should meet early with FDA specifically to address manufacturing and scale-up challenges. 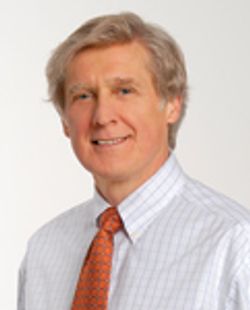 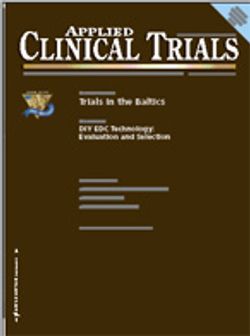