The prevalence of outsourcing within the clinical trial industry shows no sign of yielding, while globalization remains an influential phenomenon within the marketplace. When these growing trends encountered each other, U.S. sponsors and foreign CROs began to seek out the other's business at an increasing rate.

Economical factors significantly effect these trends and the underlying aspects that determine the cost, efficiency and outcome of a clinical trial are what has driven them to cross paths.

2007 Spending on CRO Services by Market (in USD$ Billions)

Subject recruitment remains a critical deterrent to clinical trial success, and foreign emerging markets offer populations that are "more willing to participate and also more compliant...because they will have access to therapies they don't normally have access to," said Jim Worrell, chief executive officer of Ameristart, a company that provides business development services to international health care and IT companies in order to help them break into the North American market. In addition, without prior therapy they actually serve as "better subjects because there is no conflicts with medication," Jim added.

Foreign markets also may offer therapeutic expertise that is either non-existent or limited within the United States. Ameristart "looks for specialty CROs that bring a unique offering to the U.S. market," said David Worrell, chief financial officer of Ameristart. QinetiQ, one of Ameristart's clients, is a sleep laboratory in the UK that has recently entered the U.S. market. "The U.S. didn't have a lab that offered a wide range of sleep studies like QinetiQ does," said Jim. In fact, "they have instruments that few places in the world have."

The regulatory environment of the region can also become an advantage, as a country with more lenient regulations can result in a shorter timeline for the clinical trial.

While foreign CROs can serve as a cheaper and more efficient resource, "60% of clinical trial expenditure is spent by U.S. sponsors. So, any CRO not in the United States could benefit from doing business there," said Jim. Thus, as U.S. sponsors and foreign CROs proceed to utilize the other's advantages, there becomes a growing need for a bridge of communication between the two.

This is where companies such as Ameristart, those that act as a liaison between the United States and foreign countries, are utilized. Working on its seventh year, Ameristart operates as a business development office for foreign companies attempting to infiltrate the U.S. market.

Why don't foreign CROs establish themselves in the United States without the help of these industry agents? Jim explains, "When you get off a plane in a foreign country, you don't know whether to turn left or turn right, much less how to get a phone line installed or set up an office. And it's the same for foreign businessmen coming here."

A common mistake made by countries attempting to merge into foreign markets, according to Jim and David, is that they often assume the U.S. market is so big that it will be easy to acquire business. "The secret to success is to identify a niche market, be an expert at something," Jim explained.

Ameristart works to alleviate these misconceptions and to ensure a smoother transition for foreign CROs hoping to break into the U.S. market. "Part of what we provide," Jim said, "is to act as a conduit and educator to help these companies with what they need to do to be successful."—Marissa Shapiro 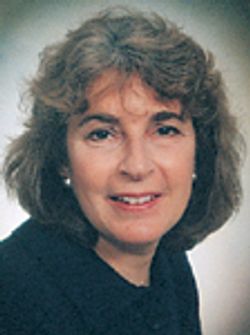