Personal Digital Assistance: Finding the Right PDA for the Job

Three profiled companies have three different needs when it comes to choosing PDA.

Personal digital assistants are as varied as cars now. There are dense, powerful devices with sophisticated operating systems that double as phones or Internet terminalsthe SUVs of handhelds. At the other extreme, the PDA version of compact cars are sleek weightless bits of plastic that can record and store information with a stylus, and offer not much more than that.

In the middle are the standard Palms and Handsprings, the sedans of mobile computing.Figuring out which one is right for your electronic data capture needs is no different than deciding if a Honda or a Hummer fits your lifestyle. Will your subjects need a full qwerty keyboard, or have to wirelessly transfer their information via a Bluetooth application? Do you need the ability to ask more than simple multiple-choice questions?

(This is assuming youve already decided that handheld is the way to go, as opposed to interactive voice response systems over the phone, an interactive Web site, or the old standby of a paper diary.)

We checked in with three data capture companies, to see what their PDA choices have been, and why. One company sticks with the simple version, one has an option of less or more expensive electronics, and one is out of the game for now, but could join in at any minute.

PHT Corp.
Variety is the spice of life, and PHT Corp is offering a spicy mix of options for its subjects.

PHT uses a mixture of higher-end and more basic Palms, from the black and white M-500 to the full-color, wireless Tungsten model, which all display a Flash program which gathers the data. So long as the screen size is the same, theres no bias due to the device, explained Sheila Rocchio, executive director of marketing for the Charlestown, MA company.

The pricey wireless models are used for convenience as well as, remarkably, cost efficiency. In certain Eastern European and Asian countries, where land lines are expensive and most people have cell phones, it encourages regular usage to employ a wireless PDA that checks in with the central server via an 800 number. Its inconvenient and expensive for subjects to use a land line.

Key features for PHT handhelds include long battery life and an instant-on switch. For these reasons, Rocchio says, PHT isnt yet looking at the Pocket PC style of PDA, which gobbles batteries and needs to boot up a detailed operating system.

Icon Clinical
Sometimes, the best PDA for the job is the worst. Icon Clinical is using stripped-down PDAs to accomplish its data-capturing goals.

The North Wales, PA company originally focused on interactive voice response systems over the phone instead of PDAs. Theyve since added a Web-based component, which transmits data into the same database as the phone-based system. Within the year, they will be rolling out PDA use for subjects, as well.

A subject can use the phone IVR on Monday, use the Web on Tuesday and use a PDA on Thursday and itll all go into the same database, vice president of interactive technology Chris Gustavson said.

Those PDAs Icon will use will be Palms, he confirmed. The PDA interface will be pretty limited, he said. We dont like to use a lot of text. With three separate ways to input data, which all transmit data to a shared server, Icon hopes to let its subject pick their most comfortable way to stay compliant, Gustavson said.

Formedix
Not choosing is sometimes an important choice. Formedix currently doesnt have any PDAs,but it could.

The Burlingame, MA company does not currently use PDAs in its electronic data capture, but CEO Mark Wheeldon doesnt see why its not possible. Youd need a higher-end PDA, but it could be done, he says, utilizing Formedixs existing EDC system. So long as the PDA used standard programs utilizing Java and/or XML, and used data standards consistent with other applications, Formedix could be up and running with handheld patient diaries.

Theres really nothing to stop you, Wheeldon said, since the capable Pocket PCs can run programs written for PCs and laptops via its own operating system, usually either Palm OS or Windows Compact Edition (WINCE). The only tricky point would be the screen, he said, but adjusting the program so it displays four fields per page instead of 15 would keep everything readable.

Many of the higher-end handheld devices are true pocket computers, with enough programs and capabilities crammed into a slim screen the size of a Post-It note to justify the not-at-all slim price tag. Buying one $700 device is a big investment, so buying one for each trial subject is pretty much out of the question.

Perhaps the new PDA that will end up making EDC feasible isnt one thats loaded with extras, but one thats bare-bones. The Palm Zire has a mere 2MB of memory, an older operating system and no backlightbut a $70 price tag. If an EDC application is designed to be simple enough for non-computer users to understand, maybe it doesnt require a V8 of a handheld, just a hatchback. On the other hand, the ease of transferring an existing EDC system onto a PDA may be worth spending a couple of bucks more than the bottom-of-the-barrel option.

As with cars, it all depends on your needs.

Electronic Diaries: Source Data Out in the Open 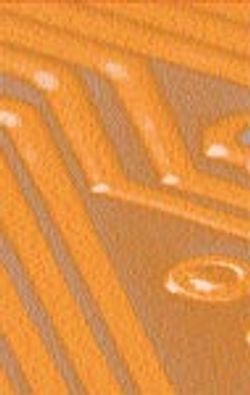