What Does a Blackout Have to Do with Being 21 CFR Part 11 Compliant?

Was the Northeast blackout a told you so about overconfidence in our power?
It was actually the power shortages and blackouts in California during the first half of 2001 that was the primary reason for developing this course. Political de-regulation and industry management in the United States were and still are the reason for the shortfall of power generation and distribution.

Short of grid collapses, what are some other causes of power fluctuations?
The power problems that we face are based upon an aging power generation system, insufficient power distribution, digital equipment running on a power distribution system that was designed for analog devices, (which induces large current swings in the power system), old building wiring that becomes overloaded with energy-inefficient devices, and more users in a concentrated area.

Which one is usually the culprit lightning, a downed power grid, or a labs HVAC system turning on?
Lightning and downed power lines are a primary cause of power surges in the power distribution grid, and sets up current and voltage surges like a tidal wave that must be redirected or the distribution system will become unstable. Events like these or the failure of a sub-station or switching yard caused the cascading and catastrophic failure in the California grid in 2001 and the power outages in 2003.

Power disturbance culprits like a HVAC system turning on and/or more digital equipment being used in a facility are considered local power distribution issues that adversely affect the lab. One of the most prevalent power-disturbing devices in the lab is the centrifuge.

How could this affect my labs power supply?
The amount of current demanded by the consumers determines the amount of power that is generated and made available to meet the demand. In a power flood the power is redirected to ground or wasted as heat until the generating capacity is reduced and reset. If too little power is available a drought occurs and the electrical load must be shed. Users, such as labs and other businesses, are knocked off of the power system. Brown-out conditions are avoided as serious damage can result to all users and generating stations. Rolling blackouts are generally employed by the utilities to shed major load variances.

Once the power is released to the distribution segments of the delivery channel, the power becomes adulterated. None of us would drink stream water without some preparation for potability. The electric power that is generally available to the lab is equivalent to stream water that has not been filtered, deionized or decontaminated.

How much damage could a power loss cause to a typical clinical and/or research lab?
An interrupt in power or the induced failure of a component or a device in an instrumentation system due to poor power quality generally has a price tag starting at $2,000 to $4,000 per incident. An incidents time duration can be as low as 9 milliseconds or may go on for many minutes or hours. In our experience with a typical instrumentation system, the annual cost for not using appropriately corrected power of instrumentation grade quality approaches $25,000 per year for each instrument system that is subjected to electrical power quality issues. Switching transients are the most frequent cause of surges and spikes to any electrical device, and occur approximately 50,000 times more frequently than a power outage.

Power interruptions and perturbations cause losses of over $5 billion per year to key medical equipment, information systems, and laboratory automation systems that rely directly on utility power.

Should I be more concerned if Im in a old building?
New buildings or major power distribution modifications to buildings since 1997 have adapted to larger sizing of electrical circuit conductors and the wiring of buildings for secure power circuits (orange-colored receptacles). Special digital capable circuits are designed to accommodate the larger currents that are generated by digital computers and other computer-controlled devices.

Building circuits that are not designed for digital loads have been designed for our traditional analog devices and the normal AC wave [perfect power is represented in a sine wave; power problems look like irregular waves] that powers those devices. Analog types of circuits tend to overheat and become electrical hazards when digital or switching currents are applied to them. The immediate result is voltage sag and/or under voltage that can corrupt computer data as well as literally burn up electrical devices. Any building or circuit that is not designed for digital loading will be problematic unless power regeneration devices are incorporated.

Whats required to be 21 CFR 11 compliant, power-wise?
Both the FDA and HHS require in their guidance documents that the source of electrical power meet the manufacturers specifications for input power quality. Laboratories cannot meet those specifications unless the utility power has been reconditioned and synthesized into the desired AC voltage waveform that is within frequency limits originally generated by the utility.

Some labs have their electrical equipment plugged into surge protectors. Is that enough to be compliant?
No. In fact most laboratories do not provide surge protection devices for their instrumentation. Surge protection is only one aspect of the nearly dozen power quality issues required to condition and synthesize power into an acceptable energy resource for instrumentation and bioinformatics applications. A Category III-3 (or instrumentation-grade) laboratory protection system (LPS) device is an uninterrupted power source (UPS) of the highest grade, that is both utility voltage and frequency independent.

LPS devices are also utilized as frequency converters for some international applications. LPS devices convert utility AC power into DC power (similar to a distillation process) and then regenerates the DC power into a computer-controlled synthesized pure fidelity AC wave form that is rigorously controlled for voltage, current and frequency.

Not all cars can use a low grade of gasoline; racing cars require special octanes. Adding a Category I or II UPS to a Category III instrumentation application will most likely damage the instrument system and void the manufacturers warranty, especially those instrument systems that incorporate lasers in their design.

How much would it cost an average lab to safeguard their electronics?
The cost of adding certified Category III-3 instrumentation power protection LPS to a laboratory is essentially free. The general cost of extended warranty, re-agents, consumables, controls, calibrators and primers generally approaches 25% or more of the base cost of the instrumentation system. Adding an appropriate LPS to the instrumentation eliminates any lost research time, retesting, recalibration and instrumentation damage and repairs associated with using raw utility power. The cost-to-benefit ratio of adding LPS protection to the lab per year approaches a savings of approximately 5:1 to 15:1.

In terms of upfront cash outlay, a LPS device generally costs less than 3-4% of the initial instrument acquisition cost and much less than 1% per year in operational cost. The net result is that there is no additional cost to the lab for adding LPS protection, as compared to operating without protection.

Are there any maintenance issues with a LPS to be aware of? Or do managers never have to deal with power-supply issues again once they have an LPS?
As with any product, the LPS device should be periodically monitored for overall performance and utilization. Fans should be checked annually for any build up for lint and dust, as you would do for your computer system. Batteries last between 4--6 years.

Once a LPS unit is installed, though, the labs power quality issues are eliminated. 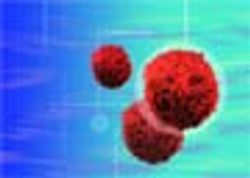