It is necessary to understand the time, staff, and financial resources required to conduct clinical trials.

It is increasingly evident to all parties involved in the sponsorship and management of clinical trials that a better understanding of the time, staff, and financial resources required to conduct clinical trials is necessary. The increasing use and complexity of multi-modality treatment regimes, the rising costs of clinical trials, the emphasis on the efficient use of available resources and adherence to Good Clinical Practice (GCP), and increasing regulatory requirements and demands for quality assurance/control, have resulted in an increased focus on workload issues. Failure to address these issues has resulted in research staff using unproven methods or a simple estimation for determining workload, leading, in some cases, to unrealistic expectations, excessive workload, or inefficient use of resources.

The EORTC Clinical Research Coordinators Group recognized the importance of addressing this problem based on understanding the tasks involved, the time requirements, and the resources necessary to effectively and efficiently conduct clinical research. The development of a workload measurement instrument (WMI) was seen as a means of providing a tool by which individuals could estimate more accurately the time and resources required to participate in clinical trials. The initial project was supported by the EORTC and funded by a grant from Fonds Cancer (FOCA).

The WMI was developed in seven stages and the first stages: development, validation and revision of a draft checklist of trial related activities, drafting of the WMI, a feasibility pilot study, and analysis and revision of the trial related tasks incorporated into the four modules previously outlined in an Applied Clinical Trials article that appeared in June 2008, titled "Workload Measurement."1 Coincidental to the development of the WMI, Jacqueline Briggs had developed a complexity tool for assessing the complexity of a study prospectively.2 It was agreed that, in the longer term, a joint workload and complexity project would aim to independently validate and link together the WMI and the complexity tools.

This article describes the seventh stage of development of the WMI; a prospective study using the WMI to collect data for the purpose of validating the four WMI modules.

The prospective study focused only on research related activity and not on what would be considered routine care. Workload was only recorded for research staff working on the trials and excluded investigators, pharmacists, day care staff, etc. These staff members were excluded as it was felt that it would be difficult to collect accurate workload data from such a wide range of staff and this was accepted as a limitation for the purposes of this study.

As the joint project had been extended to include complexity the four WMI modules (Module 1: planning stage; Module 2: implementation stage; Module 3: trial data management stage; Module 4: closure/final stage) were reviewed. In order to facilitate the validation of the complexity tool and create the necessary links between the two tools, it was agreed to divide Module 2 into two modules: 2a recruitment and treatment and 2b treatment and follow-up.

From the training days and returned questionnaires, a number of trials were selected on which the prospective study would focus. For modules 1 and 4 it was agreed that any trial in set up or at the closure stage could be included due to the small number of trials likely to be at these phases during the six month time frame. For modules 2 and 3, trials covering as many tumor types, treatment modalities, and study types were selected to ensure as inclusive a range of activities as possible. A total of 36 studies were identified and included in the prospective study.

Guidelines for the completion of each module were developed and circulated, together with the four modules and the list of identified trials, to 70 collaborators, covering 15 networks that had agreed to participate. Collaborators were asked to record the time taken, in minutes, for each individual task or subtask undertaken as identified within the modules. A subsection—other—was included for recording any additional activities not identified within the modules. A separate section recorded the hospital name, trial name and number, the date for data collection commencement and completion, the reason why data collection was ended, and whether more than one form had been completed. This allowed us to identify the total period of data collection and subsequent analysis of workload for a single trial visit or over the course of a trial period.

Data was entered into a database developed in conjunction with the NCRN IT department based on all the identified tasks and subtasks of the WMI modules. The NCRN agreed to provide staff in order to complete the data input and carry out some preliminary data analysis and a system for quality assurance of the data was agreed upon.

The Steering Group met regularly to review the progress of the prospective study, and as returned modules were received, to carry out the initial quality assurance procedures. All returned modules were double-checked to ensure accuracy, and when tasks or subtasks were entered in an incorrect section these were noted and revised prior to entry onto the database. Incorrect or unclear entries were deleted. Regular contact and feedback was maintained with the collaborators throughout the study by e-mail, newsletters including answers to frequently asked questions, and presentations at Cancer Research Network Managers' meetings.

A total of 414 completed modules were returned from collaborators from 27 hospitals covering 12 UK Cancer Research Networks. Three networks or centers did not return completed modules due to merger of networks, shortage of staff, or excessive workload issues. Data was returned on 35 of the 36 studies identified for inclusion in the prospective study. Table 1 shows the modules returned.

As part of the analysis process a series of assumptions were made. These included: research staff were experienced and trained and not involved in the actual delivery of treatment, research activity was additional to standard treatment, and hospital support services and standard equipment were available and accessible to research staff.

Cumulatively, 130 changes were made in the 74 subtasks (Table 2). These changes included transfer from one subtask to another where an entry was incorrect, deleting investigators, and separating out multiple patient visits into individual visits. The highest numbers of recording errors (9, 15, and 16) necessitating transfer related to the recording of administration activities in other subtasks rather than administration activities.

Table 2. Cumulatively, 130 changes were made.

Following extensive quality assurance procedures all tasks and subtasks within Modules 1, 2, and 3 were validated as relevant and appropriate with no tasks or subtasks removed. All subtasks were recorded at least once with a very wide range within each module. For Module 1, the most frequently completed subtasks were those relating to the preparation and submission of documentation to Ethics and Research and Development departments. Conversely the lowest recorded tasks related to organizing and attending meetings other than in-house meetings for information, training, and trial activation.

For Module 2a, the most frequently completed subtasks related to screening for eligibility, informed consent, and sample preparation. This was consistent with the expectations and personal experience of the project group. The least completed subtasks in Module 2a related to liaising and verifying radiotherapy dose reductions and missed treatment which was anticipated given the very low numbers of radiotherapy related trials included in the study.

For Module 2b and 3, the most frequently completed subtasks related to case report form completion, photocopying and sending trial documents, the preparation and submission of trial amendments, and updating study documents following amendments (Table 3).

Table 3. For Module 2b and 3, the most frequently completed subtasks related to case report form completion, photocopying and sending trial documents, and the preparation and submission of trial amendments.

Modules 1, 2, and 3 of the workload measurement instrument have been validated and are now complete. These modules are available in their entirety online in PDF format at appliedclinicaltrialsonline.com as part of the online version of this article. Module 4 has been revised in accordance but would benefit from validation as part of a specific prospective study as trials reach closure stage.

It is acknowledged that there were limitations to the prospective study that included the short data collection window of six months, the exclusion of principal investigators and other associated staff from the data collection exercise, compounded by the difficulty associated with specific local hospital issues all had potential to confound the data collected. It was accepted that these factors would contribute to workload but would not necessarily alter the tasks and subtasks identified for inclusion in the modules and, therefore, such confounders were not considered significant for the purpose of the WMI validation. For hospitals or departments undertaking a workload analysis in the future it would be appropriate to take these confounders into account.

This WMI was developed to be a generic tool and can be used locally, nationally, or internationally to review the trial workload of an individual researcher, team, hospital, or network of centers. It should inform discussions at all levels and allow centers considering implementing new or additional clinical trials to accurately evaluate the associated workload and to allocate staff and resources accordingly. 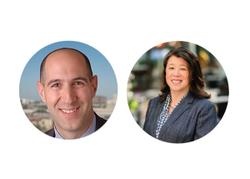 Accelerating Research Site Operations: Lessons from the University of Louisville