A strongly-worded plan for reining-in profit-driven drug firms receives immediate backlash as arguments over drug pricing and patient access continue to rage around Europe and the US.

As the arguments over drug pricing and patient access continue to rage around EuÂ­rope and North America, UK socialists have raised the temperature further-on the brink of national elections-with a strongly-worded plan for reining in profit-driven drug companies.

“We will redesign the system to serve public health-not private wealth-using compulsory licensing to secure generic verÂ­sions of patented medicines,” said its leader, Jeremy Corbyn-who is formally Leader of Her Majesty’s Most Loyal Opposition, in the arcane terminology of the UK parliament, which means he is the theoretical default alternative UK prime minister if Boris JohnÂ­son’s government falls.

“We’ll tell the drug companies that if they want public research funding, then they’ll have to make their drugs affordable for all,” Corbyn went on. And his other headline-grabber was: “We will create a new publicly owned generic drugs manufacturer to supÂ­ply cheaper medicines to our NHS, saving our health service money and saving lives.”

The bounce-back from drug firms was immediate. Dr Richard Torbett, executive director of commercial policy at the AsÂ­sociation of the British Pharmaceutical InÂ­dustry, said compulsory licensing, “would completely undermine the system for deÂ­veloping new medicines. It would send a hugely negative signal to British scientists and would discourage research in a country that wants to be a leader in innovation.” A patent lawyer, Alex Robinson, described it as, “a sure-fire route to protracted, repeated litigation and increased costs” since each compulsory licence would require proof that current provision is not, “reasonable terms” and agreement on, “reasonable remuneraÂ­tion” for the patent holder.

The concept of a nationally-owned geÂ­neric manufacturer has also come under fire-on grounds of logic as much as ideÂ­ology. Once a product’s patent runs out, there is effectively a free-for-all where companies can in any case produce the medication if they so wish, said Frances Weetman, a centrist UK politician. It would, “likely make no difference to the cost of drugs” as, “the industry already benefits from vast market competition internationÂ­ally.” Plus it would cost a lot to set up, “LitÂ­tle benefit for vast expense,” said WeetÂ­man. Robinson made a similar point: “The government would need its own manufacÂ­turing facilities, compliant with all regulaÂ­tory requirements, and able to produce and distribute output sufficient for UK deÂ­mand. This would clearly require either (a) vast capital expenditure on facilities ,which we do not presently have; or (b) expropriaÂ­tion of currently-existing privately-owned manufacturing facilities. And that’s before we consider staffing, or funding.”

But for all the weaknesses that can be pointed to in the Labor agenda (and they are many-take, for example, the following, “The most sustainable way to keep drug prices down is through competition among generic suppliers.”), the disaffection that underlies the bold initiative is genuine, and cannot, or should not, be ignored.

The immediate trigger for the Labor inÂ­terest is the controversial non-availability of Orkambi in England. Corbyn expressed admiration for a nine-year-old sufferer from cystic fibrosis campaigning for access to the drug-imported as a generic, if necesÂ­sary. For three years, the U.S. drug company Vertex Pharmaceuticals, “has pushed for the NHS to pay the highest possible price for their drug Orkambi (lumacaftor-ivacaftor). In that time, despite a desperate campaign for an agreement, hundreds of eligible patients have died without access to the drug,” says the Labor party manifesto for health.

It goes on to argue that the case of OrkÂ­ambi is, “just the latest example of the failings of the current pharmaceutical inÂ­novation model, where patients are held hostage by a system in which innovation is inextricably tied to private ownership.” The manifesto endorses and rehearses the familiar criticism that, “patent-backed moÂ­nopolies allow drug companies to charge whatever the market will bear, holding lives to ransom until they get their price.”

The Orkambi saga leaves the industry on the back foot in debates of this nature, and the discomfort of industry spokespeople is palpable. Torbett at ABPI prefaced his warning about the negative implications of compulsory licensing with the observation, “The situation on Orkambi is rare, but it is clearly unacceptable, and a solution needs to be found for patients and their families.”

And as long as no solutions have been found-for Orkambi or for others in the conÂ­stantly-growing group of expensive innovaÂ­tions that attract high public profile but no reimbursement-the industry will remain on the back foot. Which will expose it to attacks that may not be entirely logical or coherent, but manage to gain wide public support. 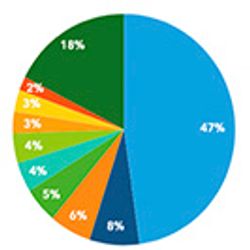 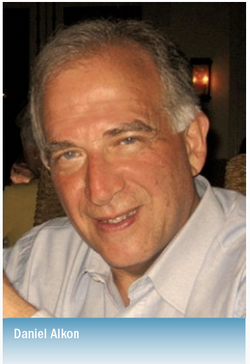