Metrics Champion Consortium standardizes CRO performance metrics across the board.

For many sponsors and service providers, the performance metrics process—manually developed for each and every company and contract—was an administrative and financial burden made even more so because of its duplicative nature. After a successful foray into standardizing central laboratories performance metrics, the Metrics Champion Consortium (MCC) was formed as a not-for-profit organization. In the past 12 months, it has experienced tremendous growth, according to MCC President Guy Mascaro.

Why growth now when the MCC has been around for at least two years? According to Mascaro, there are a couple of factors. First, it is the right time in history for this industry. Second is that the MCC released its Version 1.0 of Laboratory Performance Metrics and Version 1.0 of its ECG Performance Metrics, thus establishing the Consortium. "They see the reality is that we are not a fly by night organization," said Mascaro. And a recently released case study that presented the ECG Performance Metrics experiences of Eli Lilly and Quintiles in a very frank way also helped organizations understand the value of utilizing MCC metrics and participating in the metrics development process. [To read the case study, go to www.metricschampion.org and click on the PDF file.]

The Consortium operates in a true collaborative model. There is a Board of Directors, Industry Advisory Board, and Board Committees, followed by the MCC "internal" structure for Business Operations, drilling down to the Steering Committees and Working Groups. All groups—except Business Operations—are made up by members who purchase corporate memberships in the Consortium. MCC members—be they large pharma, small biotech or mid-tier service provider—are allowed to populate the groups with functionally appropriate employees.

Establishing standardized metrics is no easy task with globally based working groups, but it works via using technologies that support virtual collaborations, including SharePoint, WebEX, and conference calls. Currently, for example, the CRO Performance Metrics launched three of its 11 virtual work groups during a WebEx in May and began its dialogue sharing last month. Those first groups represent clinical operations, business operations, and project management. "The target date is April 2009 for the collected view of CRO metrics to be rolled out in Beta," said Brian Schrock, manager of clinical development at Eli Lilly and chairman of the MCC Board of Directors. After the Beta draft, the CRO Metrics will be open for feedback by members and nonmembers, with the final version expected in Q4 2009 for use by members.

For Schrock, the value of the metrics really does rest in developing true partnerships. "How do we work together and how do we fix problems? What areas do we do well and what areas do we need to improve?" said Schrock. "How Lilly uses MCC metrics is as a menu of possible metrics that we can choose from. We sit down with the service provider, and together we decide on the metrics we will use and how we will apply them to the partnership."

To be sure, the use of metrics can be viewed as suspect, both by sponsors and service providers. Says Schrock, "It's not a controlling device. It's a critical look at how the two partners can work together." In fact, Schrock says, "We don't want companies to join MCC if they want to use metrics to control and manipulate their relationships."

"A key to the MCC's success is our development of a growing industry learning community. Our live workshops, online collaborative workspaces, and metrics development workgroup sessions provide a safe environment for sponsors and service providers to share ideas for opportunities to improve clinical trial processes," said Linda Sullivan, vice president of operations at MCC.

Continual refinement is also a part of the MCC process. At press time, Laboratory Performance Metrics Version 1.1 was expected. Also, the working group for the Imaging Performance Metric was launched.—Lisa Henderson 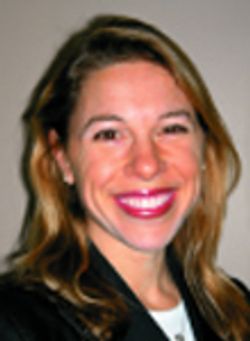