3. It Takes a Village: Recruiting Hispanic and Latino Patients

When it comes to attracting Latino subjects into clinical studies, there are unique requirements that differentiate this population from other audiences to warrant a tailored approach. Recently, Healthcare Communications Group undertook a survey of actively participating subjects of Latino heritage which identified those salient traits and confirmed the findings from prior recruitment engagements. In this article the survey reveals a distinctive portrait of Latinos which may guide sponsors and sites in their recruitment efforts. These findings are supplemented by case study experiences and independent third party research.

Latino subject recruitment is beset by several challenges that can thwart typical enrollment plans.1, 2 For example, there is widespread skepticism regarding the medical establishment, language or literacy barriers, and lack of health insurance to access medical care. These pitfalls are often complicated by political considerations (e.g., immigration policies and public reactions that can engender fear in Latino communities). With such impediments as a backdrop to patient recruitment, it is imperative that population research of Latinos be leveraged to overcome them. A survey was designed to gain a reliable profile of US Latino study subjects.

In designing a comprehensive survey among active Latino study participants, 10 sites were selected that predominantly served Latino neighborhoods and had historically reflected an above average rate of recruiting Latinos. The sites were randomly selected from a large pool whose majority population base is comprised of Latino patients. These sites were located in Florida, California, Texas, Maryland, New York, and Puerto Rico—comprising of metropolitan and suburban cities across the United States. The survey instrument had 39 questions that helped define the Latino patient profile by detailing respondents' lives and allowing them to share their study experiences. The survey was conducted in June and July of 2010 via telephone among 103 randomly selected Latino patients currently participating in clinical trials at the chosen sites. A composite patient profile and extracted essential Latino enrollment findings was compiled. These survey conclusions were also corroborated by independent recruitment experiences.

At the core of the survey discoveries is a general set of traits shared by the majority of Latino respondents, represented in Figure 1. By simultaneously considering these features, a rich depiction of a typical Latino clinical study subject emerges, summarized as follows:

This patient profile has implications for crafting a recruitment strategy because messaging choices, literacy level of content, language selection, and visual imagery if properly tailored can reach a prospective Latino patient quite effectively.

Apart from this profile, the primary driver of study enrollment among survey respondents was receipt of basic medical care and treatment for serious, chronic conditions (82% of survey takers).3 The medical conditions cited most were diabetes, hypertension, high cholesterol, kidney disease, and asthma. It was found that several economic factors were at play.

Significantly, 61% of respondents were not insured with health coverage. Moreover, 73% of survey participants either lacked insurance or knew someone who was uninsured. In fact, Latino study survey participants were three times more likely to be unemployed, and twice as likely to be uninsured than the overall US Latino population.4 Their economic status adds greater incentive to seek affordable or free medical care alternatives.

When considering current institutional mandates for greater diversity of enrolled subjects, such as the National Institute of Health's requirement for adequate enrollment of women and minorities, it is clear that there is mutual alignment of interests between Latinos seeking care and government entities seeking greater diversity representation.5 This union of interests is accentuated by independent pharmaceutical company diversity goals, creating greater incentive for clinical sites to seek out such recruits. Without a financial means to tap into mainstream healthcare, clinical study opportunities serve as a welcome alternative for Latino patients.

Learning about studies in Spanish

Echoing the Latino study subject profile, it was found that 80% of survey respondents learned of their study opportunity from a Spanish-language source. Given that 76% of survey takers spoke Spanish at home, and that 48% immigrated to the United States as adults, it is expected that Spanish would be the favored language to receive important health care information. Reliance on Spanish should prompt consideration of language translation of study awareness materials, including study documents to advertising spots.

Clinical studies outside a site's reach

As a logical extension of lacking healthcare coverage and access to traditional medical care, it was not surprising to find that most survey takers became aware of their study opportunity outside a medical setting. The majority of Latino subjects surveyed (76%) learned of their study opportunity through friends, family, advertising, or community sources. While one out of three respondents consulted with a doctor prior to enrolling, only 22% claimed a doctor to be the source of their study discovery. The upshot is that recruitment of Latino subjects depends on reaching beyond patient databases.

Language preferences of Latinos influence their media viewing and listening behaviors, according to the survey results. Spanish language television was favored by 88% of survey participants, 81% of whom indicated they watched at least one hour of Spanish-language TV per day. Spanish-language radio was similarly preferred, where 89% survey respondents indicated they listened to Spanish-language radio, and 31% chose to do so exclusively. Consistent with Latino study subject preferences for Spanish, these findings support the use of Spanish language media to reach Latinos.

A digital divide appears to be taking place in the United States between most Latinos and the cohort reflected by average Latino study participants. We found that 35% of study participants do not use a computer at home, 53% browse the Internet, and only 24% use a cell phone to send or receive e-mail. This is in stark contrast to the digital behavior of overall US Latinos, where 86% have online broadband, 78% use the Internet as their primary source of information, 84% use search engines for information, and 93% use a mobile phone regularly.6 This difference may be attributed to two characteristics: age and acculturation. Native-born, second- and third-generation US Latinos outstrip non-Latino Americans in Internet use and cell phone usage.7, 8 Furthermore, native-born Latinos are overwhelmingly English-dominant (81%), the lengua franca of the United States.7 Most Latinos in the United States are under age 45 (76%), which sharply contrasts with the average age of a Latino study participant: over age 45.9 Accordingly, when it comes to recruiting the typical Latino study patient, it would not be prudent to invest in web-based initiatives, texting or social media because this person will not likely be web-savvy or wirelessly connected.

The survey results showed that the response to radio study ads exceeded that of print ads (radio 11%, newspaper 5%, and magazines 6% respectively). However, based on the typical experiences in advertising for chronic disease studies among Latinos, the real bargain is in television advertising. Taking a prior Type 2 diabetes case study as a representative example, television advertising provided a 26% cost savings over radio by conferring a substantially lower cost per referral ($347 vs. $468, respectively) (Figure 3). The results increased when a Spanish-language campaign was enlisted, yielding a 44% cost savings over its English-language ad version (Figure 4).

While TV reigns supreme for referral impact, this is not to say that print doesn't have its advantages. According to a survey conducted by Alloy Access, a media analysis group, it found that 26% of readers of Latino newspapers share the paper with at least four other people.10 This readership behavior is important to harness an expanding study awareness through word of mouth: ads work harder in Spanish-language publications. In the same survey, Alloy Access discovered that while younger Latinos are digitally and wirelessly connected, 57% of their respondents who read a Latino newspaper were under age 35.10 This phenomenon presents a means to reach younger Latino study prospects in a targeted and affordable manner.

Only 4% of the survey takers requested transportation support. The overwhelming majority (75%) of survey respondents owned a car, and just 15% used public transportation or relied on someone else to drive them to study visits. When the survey was performed in June and July 2010, gas prices averaged $2.70 per gallon nationally.11 While it appears that transportation assistance is of minor concern to study subjects, prices have soared from over a year ago, raising the national average price of gas to $3.96 per gallon.12 Consequently, while the results suggest emphasizing access to low-cost medical care in study awareness messaging, the escalating cost of fuel urges reconsideration of transportation aid.

Apart from the survey, we have routinely revealed a lack of trust among Latinos towards government institutions that extends to the medical profession. This distrust is corroborated by similar findings by government and independent sources at the national and state level.13 Concurrently, the barriers posed by literacy and language complicate matters further.14 Bridging issues of trust requires relationship building. This is where a caregiver takes a personal interest in the lives of his Latino patients, also known as personalismo.15 There are a variety of ways to manifest this trust, including the hire of bilingual staff, providing study materials and disease management tools in Spanish, offering a child-friendly medical office setting, expanding hours to accommodate working families, etc. Concrete measures such as these are important, but so are the details.

When it comes to study messaging in radio and TV ads, it is crucial that native Spanish-speakers be enlisted to perform any narration required.16 Accurate language intonation and accents are recognized at once by native speakers and can instantly draw in listeners or turn them off. Without authentic voicing, your intended Latino audience may turn a deaf ear to your study commercial. Where possible, employ regional dialects.

The core to establishing trust is undertaking sincere efforts to welcome and assist Latinos in their healthcare. This extends to thanking subjects for their participation. A formality as simple as a "thank you" is appreciated by Latino and non-Latino subjects alike and goes a long way to establishing a solid patient-provider bond.

Crafting an effective Latino patient recruitment strategy must address the needs presented by the typical patient recruit profile, a person who is likely to be a middle-aged or older woman, with two or more children, high school-educated or less, who speaks Spanish at home. The prime study recruitment motivation revealed in the survey suggests that enrollment communications should refer to free medical care access. Select high patient-referral media for study promotion, such as television and radio advertising, in Spanish language, to optimize patient referral volume. Address issues of distrust by pursuing relationship-building activities, including the addition of Spanish-speaking staff and providing study materials in Spanish, among others. By attending to these guidelines early on in the recruitment plan, Latino subject diversity recruitment goals can be fulfilled efficiently while avoiding delays.

6. Think With Google Insights, "Four Truths About US Hispanic Consumers,"www.google.com/think/insights/studies?cn=demographic&cv=us-hispanics.

13. National Cancer Institute, "Are Clinical Trials for Me?," http://healthnewsdigest.com/news/Cancer_Issues_660/Are_Clinical_Trials_for_Me.shtml.

15. The Provider's Guide to Quality & Culture, "Hispanics/Latinos and Diabetes," (2003), http://erc.msh.org/provider/informatic/HL_Diabetes_Adherence.pdf. 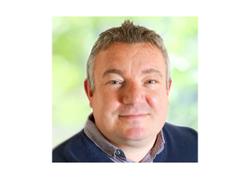 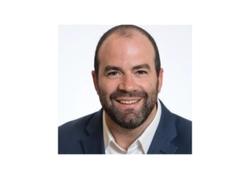