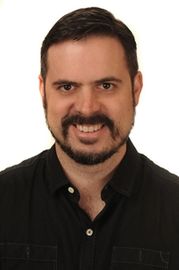 Michael Christel is Pharmaceutical Executive and Applied Clinical Trials' Managing Editor. He can be reached at michael.christel@ubm.com.

It's no secret that there is increased clinical focus now on the prevention and early detection of Alzheimer's.

With drug-development efforts in Alzheimer’s disease continuing to produce underwhelming results—as clinicians have long battled the inherent diagnosis and translational research challenges associated with the disorder—it’s no secret that there is increased clinical focus now on the prevention and early detection of Alzheimer’s. Those were two areas of emphasis at the recent Alzheimer’s Association International Conference (AAIC) in Denmark. In fact, data presented at the event that reported a decline in incidence of dementia in the U.S. and Europe seems to indicate that reducing and even prevention of Alzheimer’s may be possible.

Critical to those pursuits, however, will be future learnings generated from the growing recognition today that treatment approaches in Alzheimer’s should target multiple pathologies, says Joyce Suhy, PhD, VP of neuroscience at BioClinica Inc., a provider of medical imaging solutions for clinical trials. Suhy notes that people who get dementia usually have mixed pathologies, whether it’s Alzheimer’s, Lewy body dementia, for example, or other similar neurodegenerative conditions. As evidence that researchers are focusing more on multiple pathologies, Suhy cites the recent collaboration struck between the Michael J. Fox Foundation for Parkinson's Research and the Alzheimer's Association and the W. Garfield Weston Foundation around studying the links between the Parkinson’s and Alzheimer’s patient populations, with the hopes of reshaping future treatment targets.

For Alzheimer’s, specifically, Suhy and her team at BioClinica are focused on helping drugmakers determine whether patients in clinical trials targeting the build-up of amyloid plaque in the brain—considered a crucial factor in the onset of disease—actually have that pathological feature. Most of the notable prevention trials underway are testing drugs that target amyloid. In addition, Novartis recently partnered with Banner Alzheimer's Institute (BAI) on a clinical study that will determine whether two Novartis experimental anti-amyloid drugs can prevent or delay the emergence of Alzheimer’s symptoms.

Advanced molecular imaging techniques can aid in these efforts by ensuring a patient’s pathology is matched appropriately. Further, they provide clinical investigators with sophisticated tools to monitor Alzheimer’s in their studies.

Suhy chaired a session on neuroimaging at AAIC, where BioClinica team members presented recent clinical trial progress using amyloid PET screening for enrichment of patient recruitment for early-stage Alzheimer’s. She notes that advances over the past decade in amyloid phenotyping, whether through PET scans or imaging of cerebrospinal fluid (CSF) flow, have helped to better target enrollment in Alzheimer’s trials, particularly as researchers are increasingly studying subjects with more prodromal and milder cognitive impairment. In its presentation, BioClinica reported higher amyloid-negative rates due to the inclusion of earlier-stage patients, when compared to historical trials, which focused more predominately on the mild-to-moderate Alzheimer’s population.

“As we’re moving towards earlier screening for enrolling patients into Alzheimer's disease trials, we find an increasing rate of patients that are amyloid-negative,” says Suhy. “Many of these patients may never advance to mild-to-moderate Alzheimer's.”

Uncovering these earlier clues can be valuable for drug developers when recruiting patients for Alzheimer’s treatment trials targeting amyloid. In past studies, otherwise qualified individuals—who turns out didn’t have amyloid clusters in their brains—were often enrolled, adding significant noise to those trials. The challenge, Suhy says, is that these subjects typically meet the various clinical criteria for the study protocol, such as memory or cognitive decline, and, therefore, are considered good candidates for enrollment. They often progress smoothly through the screening process, and only when getting a PET scan at the end is it discovered they are amyloid-negative.

"If a patient doesn’t present with amyloid in the brain, then a drug targeting amyloid will not be effective,” says Suhy. “In other words, the drug target must be present in order for a drug to work. Hence, the current and important initiatives for screening clinical trial patients using molecular imaging like PET or CSF analysis to verify the presence of pathology and enroll appropriate patients for a trial.”

Suhy points out that there are several ways to enrich Alzheimer’s patient populations to increase the chances of a successful trial. Besides PET or CSF imaging, some studies are looking at genotype ApoE 2, for example.

“By identifying patients earlier in the course of disease, clinicians can maximize their ability to treat and ultimately help patients,” she says. “A key aspect to this is the identification and selection of the right patients.”

AAIC, held in Copenhagen, Denmark’s capital city, featured more than 150 data unveilings in Alzheimer’s R&D. One particular notable development, according to Suhy, is the continued promise of tau PET tracers. Tau neurofibrillary tangles, like amyloid, represent one of the hallmark pathologic signs of Alzheimer’s. Though still early in testing, it is thought that tau is more closely linked to memory decline than amyloid, and, therefore, tau imaging—and the development of ligands for early detection of Alzheimer’s risk—may eventually be a better tool for determining cognitive impairment than amyloid imaging.

Another takeaway for Suhy was the release of Phase II results for Genentech drug crenezumab, a monoclonal antibody that target all forms of amyloid beta. Though crenezumab did not meet its primary endpoints for cognition and function, a secondary analysis showed promising cognition effects in the milder Alzheimer’s patient cohort when taken at a higher dose. Suhy believes this data further reinforces the importance of early screening of disease risk.