• David Elder, formerly a senior official of the US Food and Drug Administration, has been appointed as a Vice President to PAREXEL Consulting's (Boston, MA) Strategic Compliance Services team.

• Premier Research Group (Philadelphia, PA) has hired several new people including Hua Gong to the position of Executive Director of Medical Diagnostics. In this role, Gong will be responsible for overseeing the in vitro diagnostics business within the company. Susan C. Stansfield, PhD, has been named Executive Vice President, Clinical Development, where she will have global responsibility for leading and developing the company's clinical trial management services provided to the biopharmaceutical industry.

• The Almac Board (Craigavon, UK) has appointed Kevin Stephens to the executive position of Finance Director.

• Exco InTouch (Nottingham, UK) has hired Mark Brincat as Product Development Director. The new appointment will see Brincat lead the strategy and development of the company's range of patient-centric services and mHealth solutions

• CDISC (Austin, TX) Board of Directors has elected three members for a three-year term. Returning to the board are C. David Hardison, PhD, and Pierre-Yves Lastic, PhD, joined by new Board Member Robert Goodwin.

• Medidata Solutions (New York, NY) has expanded its accreditation program for services partners to include seven additional Medidata products,and are available through the Medidata Partner Program.

• CDISC (Round Rock, TX) was notified by the US Internal Revenue Service that it is approved as a 501(c)(3) organization, recognizing CDISC as a charitable organization retroactive to May 2011. While CDISC has been a 501(c) tax-exempt, non-profit organization since February 2000, this new status offers added benefits to assist CDISC in achieving its mission, vision, and goals.

• The Tufts Center for the Study of Drug Development (Boston, MA) announced that it has established the first global benchmark for clinical research associate (CRA) workload and utilization, giving managers insights into improving CRA effectiveness and efficiency.

• Industry Standard Research (Cary, NC) announced the release of a new report focused on the impact comparative effectiveness research does and will have on formulary placement. ISR also released two new reports focused on the Biosimilar industry, "US Payers and Biosimilar Formulary Placement" and "Biosimilars: A View from the Pharmacy."

• Almac (Craigavon, UK) has opened a new £3m ($4,691,244) building at its Craigavon, UK headquarters. Around 150 staff who work for Almac's Clinical Services Business Unit have also moved to the new 30,000 sq ft building to consolidate its services. 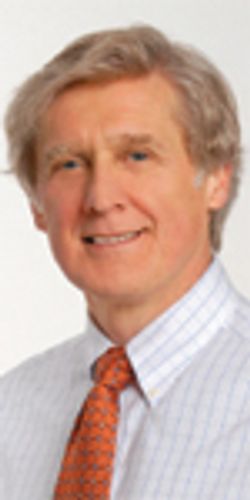 When Worlds Collide: Healthcare and Research