•With more than 20 years of expertise in medical device technology and health care business management between David Del Bourgo, the new business development director, and Sylvain Yon, the new vice president of research and development, Theraclion (Paris, France), will utilize the strengths of these two additions to prepare for an upcoming commercialization of a new device.

•As the former director of the Technology Investment Banking Group at Robert W. Baird and a 17-year veteran in enterprise software and IT markets, Michael Bruns has now joined ClearTrial (Chicago, IL) as chief operating officer.

•Replacing Takatoshi Sato as the Chair of DIA's (Horsham, PA) Regional Advisory Council of Japan (ACJ) is Tatsuo Kurokawa, PhD, a former employee of the Ministry of Health and Welfare Japan, the World Health Organization, and what is currently the Pharmaceuticals and Medical Devices Agency.

•Bringing with him 25 years of experience in the pharmaceutical commercial sector, Richard Pilnik will now serve as the president of Innovex (Research Triangle Park, NC), a Quintiles company.

•Expanding its executive team, ProTrials (Mountain View, CA) has added John Foster to the position of the director of business development, which is a newly created role for the company.

•Joining the Virtify (Cambridge, MA) team as the new executive vice president of commercial operations is Stephen Bergson, who will lead the company's worldwide sales and marketing efforts.

• Lee Potts will now serve as project director of Regulatory Presentation Management (Research Triangle Park, NC), where he will utilize his 16 years of experience in tactical and logistical guidance.

Mark Richardson, Managing Director of Phoenix Eagle Company Pty Ltd, shakes the hand of Helen Allars, Chairman of Datapharm Australia Pty Ltd, after she signed an agreement with the company at the BIO meeting in Atlanta, Georgia, in late May. 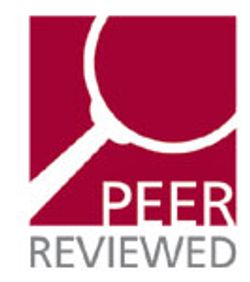