A recurring challenge in assessing and treating Post-Traumatic Stress Disorder or PTSD is the inherently complex, ill-defined, and sometimes downright puzzling nature of its symptoms.

A recurring challenge in assessing and treating Post-Traumatic Stress Disorder or PTSD is the inherently complex, ill-defined, and sometimes downright puzzling nature of its symptoms.

The condition has had many names over the years. Among them: shell shock, combat exhaustion, irritable heart, and even nostalgia. The affliction, now widely know as post-traumatic stress disorder, was so conceptually vague for so long that many in the medical community still regarded it skeptically after the American Psychiatric Association formally recognized PTSD in 1980.

A lot has changed since then. U.S. troops have been fighting wars continuously for almost 17 years, and the Department of Veterans Affairs estimates that between 11% to 20% of the men and women engaged in these conflicts suffer from PTSD. More than 3 million cases-military and civilian-are diagnosed in the U.S. each year. It’s estimated that one in 11 Americans will experience the condition at some time in their lives.

PTSD through the years

As early as the 1600s, exposure to trauma was recognized as having potentially severe psychological effects on survivors. Swiss military physicians used the term “nostalgia” to define a condition marked by disturbed sleep, heart palpitations, and anxiety. Names like “irritable heart” and “shell shock” were later applied. During World War II, the U.S. Army distilled the condition into an official slogan: “Every man has his breaking point.”

The first edition of the Diagnostic and Statistical Manual (DSM) of Mental Disorders, published in 1952, described patients as experiencing “gross stress reaction,” and the 1970s brought an awareness of “post-Vietnam syndrome.” PTSD was added to the DSM-III as an anxiety disorder, but it was not until 1999-nearly 20 years later-that sertraline, under the brand name Zoloft®, was approved to treat the condition.

Paroxetine (trade name Paxil®) reached the market two years later, but in the 17 years since, no new medications have been approved. More than 350 clinical research studies in PTSD are currently underway, but with most of them occurring in government agencies and academia, the pharmaceutical industry still has limited knowledge on how to conduct clinical trials in this indication.

In 2013, PTSD was reclassified as a trauma-and stressor-related disorder in the DSM-5 with several changes to its diagnostic criteria. Still, there has long been debate over how broad or narrow a definition should be applied in diagnosis. The “gold standard” for assessing the condition, according to many-including the U.S. Department of Veterans Affairs-is CAPS-5, the fifth iteration of the Clinician Administered PTSD Scale. This 30-item scale is used to make current diagnoses (based on events of the preceding month), make lifetime diagnoses, and assess patient symptoms over the preceding week.

CAPS-5 assesses 20 symptom groups in four clusters, taking a broader approach than its predecessor, CAPS-4, which evaluated patients according to 17 symptoms in three clusters. This more inclusive approach is at odds with another popular set of measurement criteria, the World Health Organization’s ICD-11 (International Classification of Disease, 11thEdition). WHO views the CAPS-5 criteria as encompassing many symptoms that are not core to PTSD and limits its view to six specific symptoms to avoid overlap with other disorders.

Reasonable people often disagree, so for purposes of this discussion, we’ll focus on CAPS-5, developed over three years to streamline administration and scoring of patient evaluations and render a system that is easier to learn, reduces variability among raters, and takes less time to administer and score than CAPS-4.

A recurring challenge in assessing PTSD is the inherently complex, ill-defined, and sometimes downright puzzling nature of symptom criteria. Working with conceptually difficult symptoms like psychogenic amnesia and flashbacks, researchers really need to understand PTSD to assess it accurately. Patient self-rating is generally insufficient, as the symptomatic nuances and complexities are just too extreme and not well-understood even by trauma experts. Accurate assessments require highly structured interviews by a clinician who fully understands the conceptual basis of PTSD.

Under ideal circumstances, CAPS-5 would be used only by qualified clinicians with:

· Thorough understanding of the conceptual basis of PTSD symptoms.

· Detailed knowledge of the features and conventions of CAPS-5.

However, it is also possible to train people to conduct CAPS-5 assessments, and investing in a certification or validation process for raters can contribute to rater quality and inter-rater reliability.

Each CAPS-5 item includes ratings of symptom frequency and intensity (see Figure 1). CAPS-5 provides comprehensive coverage of the DSM-5 criteria for PTSD and includes a feature for assessing Criterion A, the exposure to the traumatic event. As there is now a dissociative subtype of PTSD, CAPS-5 includes a couple of dissociation items. It also includes items to measure overall distress, functional impairment, response validity, and global severity.

These ratings are combined into a single zero-to-four severity rating using a scoring grid (see Figure 2). In previous versions of CAPS, a very low-intensity symptom could still be scored highly if it occurred at a high frequency. However, the updated rules in CAPS-5 require that a symptom first meet a minimum level of intensity, and the final severity rating is qualified by the frequency.

For the purpose of clinical trials, it is important to keep in mind that there are past-month and past-week versions of the CAPS-5. Typically, the past-month version is used at screening to establish eligibility for a study. Once a patient is enrolled in the trial, the past-week CAPS-5 is used to establish a baseline and then to track symptom severity throughout the study as the primary outcome measure.

The approach is heavily scripted to pose the right questions in the right sequence and to provide clear guidance for accurate scoring. It includes standard prompts and assessments of symptom frequency and intensity. It’s a testament to the protocol’s architects that just about any rater given enough experience with CAPS-5 can quickly become proficient in assessing PTSD-associated trauma.

The conspicuous lack of progress in developing drugs to treat PTSD underscores the need for government and industry to conduct more research to address this large unmet need. The Department of Veterans Affairs, Department of Defense, and industry have been showing more interest in psychopharmacology research for PTSD than ever before. For sponsors considering a PTSD indication, understanding the complexities and nuances of this condition is critical for planning and executing successful clinical trials. 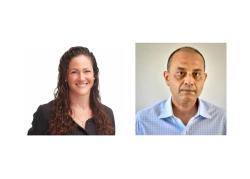 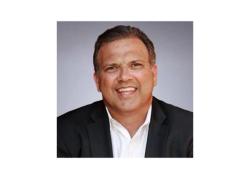 Is There a Positive Return on Investment on a Virtual Site? 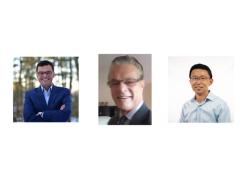