Immunotherapy drugs have led to successes in the oncology space as the list of cancer survivors continues to grow. However, more work must be done to ensure that all patients who can benefit from these life-saving drugs receive them.

The former drummer of the rock band Poison was recently declared cured of oral cancer after undergoing experimental immunotherapy at the UC San Diego Moores Cancer Center. Rikki Rockett joins a growing list of cancer survivors who are testaments to the power of immunotherapy, which was named by the American Society of Clinical Oncology (ASCO) as its Advance of the Year for 2016 and what some are calling the biggest breakthrough in cancer treatment since the invention of chemotherapy.

Behind the high-profile news stories-including that of former US President Jimmy Carter-more work must be done to ensure every patient who can benefit from these life-saving drugs receives them. Despite some incredible successes, not all patients respond to immunotherapies or to the same degree, the reasoning for which is still under investigation. Immuno-oncology drugs act by harnessing the body’s immune system to attack cancer, a new modality that requires new thinking about how to measure safety and efficacy during clinical trials. Many traditional clinical trial parameters common to chemotherapy or even the newer wave of targeted therapies must be revisited for their application to immunotherapies. Also, conventional clinical response criteria do not take into consideration differences between response patterns to cytotoxic agents and immunotherapies; immunotherapy-treated tumors don’t always shrink at the same rate as with chemotherapy. So, the trial could stop and then, months later, patients respond.

Small and mid-sized biopharmaceutical companies play significant, pioneering roles in creating new immunotherapies. However, because such sponsors typically have limited resources, they often require outsourcing support to plan, launch and manage clinical investigations. Smaller sponsors usually only have budget for one trial so they need to get things right the first time. For these reasons, Novella recently hosted a webinar on mastering immuno-oncology clinical trials for smaller biopharmaceuticals. Two topics generated the most discussion:

Below, we summarize our thoughts around these two topics.

A well-written protocol can guide clinical investigators and trial staff as they adapt to this new class of treatment. Effective protocol design is particularly important because of the emerging popularity of testing a novel therapy in combination with an investigational or recently approved immunotherapy within the same protocol.

The most common endpoints

For early phase studies, safety and pharmacokinetics remain primary endpoints. Sponsors need to ensure the drug is finding its target in vivo, and identify the optimal dose that balances safety and efficacy. Here’s what’s new: early phase studies are more commonly including efficacy endpoints such as overall response rate and progression-free survival as secondary or exploratory measures. Detecting efficacy as early as possible can better inform future development; or, in some cases, allow a drug candidate to proceed straight to approval (as was the case in 2014 for pembrolizumab’s initial approval in melanoma).

In late phase programs, overall survival remains the gold standard, but it has been displaced as a primary endpoint in many cases to help reduce the time needed to get breakthrough therapies onto the market and into the hands of the patients that need them most. Surrogate endpoints (e.g., progression-free survival, response rate, and response duration) are becoming more relevant for initial drug approval, as evidenced by nearly all recent immuno-oncology approvals. Other endpoints specific to the drug’s indication or mechanism of action may also be selected, such as the normalization of cancer markers. It remains important to discuss plans early with the FDA and other regulatory bodies, as they are motivated to expedite the approval of truly breakthrough medicines (as evidenced by the FDA’s Breakthrough Therapy Designation and EMA’s PRIME designations).

Trials in combination with checkpoint inhibitors

One of the most significant advances in oncology drug development has been the emergence of checkpoint inhibitors [LH6]. It’s this class of drugs that Rockett’s physicians used to treat his cancer. Two challenges in particular in managing checkpoint inhibitor trials sponsors face are patient enrollment and access to study drugs.

The biggest hurdle is enrolling patients. Because many sponsors are developing new drugs in combination with checkpoint inhibitors, there is a significant number of potentially competing trials that will shrink your patient recruitment pool. Many new combination trials exclude patients who have been exposed to prior checkpoint inhibitor treatment, making meeting enrollment targets more difficult as use of the marketed products becomes more prevalent, especially in the United States. Shifting standards of care to use checkpoint inhibitors in earlier lines of therapy further diminish the population of patients available for checkpoint inhibitor-involved studies. Finally, the potentially eligible patient pool at a specific clinical trial site may be reduced due to study protocols that require enrolling a discreet population of patients with rare biomarkers, thus creating more risk to enrollment timelines.

The concept behind a master protocol-or all-in-one designs-is the design of a common experimental plan across several candidate drugs that screens patients for various biomarkers and assigns them to the most likely effective drug trials, or looks to match various subtypes of a specific cancer with the best combinations of a number of viable drug options. While master protocol studies are most likely to help expand the labeling of approved drugs, they are less likely to be used in early to mid-phase studies to establish proof-of-concept and confirm basic efficacy.

ASCO’s Targeted Agent and Profiling Utilization Registry (TAPUR) study is a non-randomized clinical trial that aims to describe the performance of commercially available, targeted anticancer drugs prescribed for treatment of patients with advanced cancer that has a potentially actionable genomic variant. TAPUR’s goals are to collect data on clinical outcomes to help expand the indications of approved drugs, to get real-world practice experience in targeted therapy, to spread the word about targeted therapy in clinical practice, and to expand our knowledge of genomic profiling tests. As another example, the I-SPY program is seeking to confirm the efficacy of new treatments for breast cancer, allowing multiple drugs to be tested in an adaptive way.

To account for the effects of the immune system in response to immunotherapy, especially in solid tumors, we follow the irRECIST guidelines. This criteria combines the best of immune-related response criteria developed by Memorial Sloan Kettering Cancer Center researchers with that of RECIST 1.1 (Response Evaluation Criteria in Solid Tumors). The aim of irRECIST is to improve reproducibility and inter-rater reliability, and it has become a standard measure of tumor response measurement in immuno-oncology.

Specifically, we’ve adapted the standard measurement of response, i.e., serial radiological assessment of tumors, to confirm whether an increase in tumor size actually reflects tumor growth or is in fact an immune response within the tumor, known as a “flare effect.”

Clinicians routinely measure baseline tumor volume as a quantitative measure of treatment response as studies have shown it is a good predictor of survival.

Today, assessing treatment effectiveness involves both clinical assessment and cross-sectional, two-dimensional imaging. Although a CT[LH8] scan is effective in measuring tumor response to treatment, defining tumor boundaries can be difficult, and two-dimensional measurement may not always be reflective of true disease response or progression. Using magnetic resonance technology to assess 3D tumor volume has been shown to have an acceptable rate of inter-rater agreement, and may evolve into a more common standard for tumor response assessment.

Alternatives to the classic 3+3 design

The classic 3+3 Phase I trial design for determining maximum tolerated dose is still the most frequently used strategy, particularly for first-in-human studies in oncology patients. However, new models that seek to minimize the number of patients treated at sub-optimal doses are emerging.

Accelerated titration designs, which combine features from traditional 3+3 and model-based design, enroll one patient per dose (e.g. a single patient cohort), starting at the lowest dose. This dose is escalated until the patient experiences a Grade 2 toxicity, whereupon 3+3 rules apply.

Another design is pharmacologically guided dose escalation in which plasma drug concentrations are used to direct dose escalation. When the target area under the curve is reached, or if dose-limiting toxicities (DLT) occur, titration reverts to 3+3.

Pediatric studies typically use a rolling six design. Two to six patients can be enrolled concurrently based on current enrollment numbers and evaluability for safety assessment. The ability to use dosing data from adult studies makes this possible.

Finally, continual reassessment models use statistical methods to assess safety and dose escalation, where the probability of a DLT is revised with every patient who enters the study. Stopping rules such as DLT incidence are put in effect. 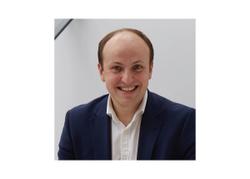