A rising initiative in Wales led by the International Business of Wales (IBW) promotes company growth in the region.

This month, International Business Wales (IBW), created by the Welsh Assembly Government in 2006, is headed to Los Angeles for the AAPS Conference. It will bring several Welsh companies to exhibit, as it recently did when attending the DIA Annual Meeting for its first time this past summer.

IBW seeks to attract global companies to invest in Wales by relocating them to the country and helping already established Welsh companies to expand.

"From a trade perspective, IBW works with the Welsh companies in order to prepare them for market by way of market research, locating potential partners through its in-market partner networks and making introductions," said Paul Viggers, IBW's vice president of International Trade Development, U.S.

IBW has offices throughout Europe, North America, Asia, and Australia. This global presence provides companies that IBW works with the opportunity to break into international markets via direct contact, whether through trade missions, exhibitions or individual visits, Viggers told Applied Clinical Trials.

One of the companies IBW brought to the 2009 DIA Meeting was Brecon Pharmaceuticals (Hereford, UK), an outsource service provider that began working with IBW in November 2008.

"IBW has encouraged us to attend more international exhibitions than we would have done without them and is currently helping us to exploit business opportunities in Australia," said Sue Miles, clinical trials and customer services director for Brecon.

IBW's access to worldwide regional markets has helped the company organize meetings with potential new clients. Over the past 12 months, Brecon has contracted business from 23 new clients; a third of them based in the United States. It is now looking to expand into Japan and U.S. markets.

"Being a small company, Brecon would not have looked to this market without IBW's support," Miles said.

Biotec Services International Limited (Bridgend, UK), a clinical trials supply company, has been involved with IBW for three years. The initiative has opened the company to new export markets, and has also provided a way of researching and developing these markets, according to Matthew Lakelin, business development manager of Biotec.

IBW's involvement with Brecon has been a major catalyst in the company's increasing revenue. "The clinical trials business unit has grown 33% per annum on average over the last three years and is set to do the same again over the next 12 months," Miles said.

According to Miles, the increased international market presence of the Brecon name is a contributing factor to this significant rise in revenue. IBW enabled Brecon to reach a wider range of global markets. She added that 30% of Brecon's revenues are generated from clients based outside of the UK, anticipating that almost half of this is generated from U.S. clients.

"We currently have three Australian clients and are just about to sign up a fourth. One of these clients has the potential to become a more than £1m account (over $1.5 million USD) over the next 12 to 18 months," Miles said.

Biotec has also seen a notable increase in revenue due to its involvement with IBW. The company's sales revenue has almost doubled since receiving assistance from IBW, with most of the additional revenue generated in export markets, according to Lakelin. Biotec reports that approximately 60% of their clients are based in the United States.

The initiative enhanced the experience of Biotec and Brecon at the 2009 DIA Conference in San Diego.

IBW made the logistics of attending the conference easy and worked hard to set up networking events in which the Welsh companies were able to meet potential new clients, according to Miles.

"Brecon has attended the U.S.-DIA meeting for the last few years, but we returned home with more solid leads this year," Miles noted.

Biotec enjoyed a similar experience, meeting with a large portion of its existing U.S.-based clients at the event as well as meeting with many potential clients, Lakelin said.

To continue promoting growth, IBW will be bringing a number of Welsh companies to AAPS 2009. Along with Brecon and Biotec, these companies include i2c Pharmaceutical Services, Patent Seekers, Penn Pharma, Simbec Research, and Synectix Pharmaceutical Solutions.—Danielle Egnozzi 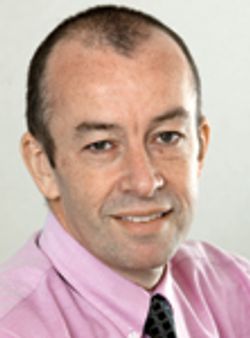