It should go without saying that the success of oncology clinical trials depends greatly on enrolling adequate numbers of eligible patients.

While one might assume that patients with cancer are generally savvy about oncology clinical trials (i.e., compared to healthy individuals), the literature reveals some disturbing trends in this population in terms of lack of awareness. In a 1997 NCI survey, 85% of cancer patients said they were unaware of clinical trials, although 75% indicated they would have been willing to participate in a trial had they known it was possible.4

Even if they are aware of clinical trials, patients’ fears can be a significant obstacle to enrollment. One of the most oft-cited patient fears is that of being a “guinea pig.”2,5,6,7,8,9,10 Other commonly expressed fears include that of receiving a placebo, as well as a basic fear of the unknown.7,10

Protocol concerns constitute another potential obstacle to patient recruitment. For many individuals with cancer, the lack of available and appropriate protocols, rigid inclusion or exclusion criteria, a complex protocol structure, or a protocol that excludes late-stage patients can be a significant barrier to trial participation.3,11,12

Some patients may be stymied by economic concerns resulting from a lack of insurance coverage, or by confusion over what Medicare may cover in terms of clinical trial participation.1,3,6,10,12,13,14 Others may not be able to participate due to logistical issues such as lack of time, work obligations, transportation challenges, inordinate travel time, or lack of childcare coverage.3,5,7,10,11,12

Immunotherapy trials in patients with melanoma

No types of oncology clinical trials are immune from the above-mentioned patient recruitment challenges. Nevertheless, some encouraging trends are emerging in immunotherapy trials in patients with melanoma. In the melanoma patient population, recruitment challenges are somewhat mitigated by the common perception of immunotherapy as more tolerable than cytotoxic chemotherapy. Although immunotherapies can cause autoimmune reactions, we have found that patients with melanoma tend to be more receptive to a clinical trial of an immune-boosting therapeutic than to a trial of a “poisonous” chemotherapy.

The appeal of immunotherapy is understandable. Unlike standard anticancer therapies, (e.g., surgery, radiotherapy, chemotherapy), which directly target tumor cells, immunotherapy is designed to enhance or restore the body's ability to fight cancerous cells by activating the immune system. The growth in availability of melanoma treatments over the last two decades has spurred patient interest in immunotherapy, and there is a growing body of evidence of the efficacy of immunotherapy in this setting.

In particular, single-agent immunotherapies have attracted increasing attention in recent years. One such agent, the BRAF inhibitor vemurafenib, is indicated for the treatment of patients with unresectable or metastatic melanoma harboring the BRAF V600E oncogene mutation.17 In a pivotal Phase III trial, vemurabenib was superior to dacarbazine in terms of progression-free survival (PFS) and overall survival (OS), and was also associated with a reduced risk of death or disease progression, compared to dacarbazine.18 However, the high response rates observed with vemurabenib are limited by a relatively short duration of response of about six months.

Interleukin-2 (IL-2), the first interleukin molecule to be discovered, was the first immunotherapy approved for use as a single agent in the treatment of cancer. Pooled data from eight clinical trials involving 270 patients with metastatic melanoma show tumor shrinkage in 16% of patients treated with high-dose (HD) IL-2, including durable complete responses (CRs) in 6% of patients and partial responses in 10%. The estimated median duration of response in these trials was at least 59 months (range: 3 to 122+).19

Promising results with single-agent immunotherapy have stimulated several investigations of immunotherapy-based combination regimens, which are thought to yield synergistic effects in melanoma. In particular, combining immunotherapy with so-called “targeted” therapy may yield dual benefits of improved outcomes and personalized care. Several ongoing trials are focusing on various IL-2-based combinations, based on the purported synergistic effects of IL-2 and BRAF inhibition (i.e., with vemurafenib) or CTLA4 inhibition (i.e., with ipilimumab). One Phase IV trial, PROCLIVITY 01, is investigating the combination of IL-2 and vemurafenib in patients with advanced, BRAF V600-mutated melanoma. Initially, patients are to receive vemurafenib sequenced with two courses of HD IL-2. Cohort 1 consists of 135 patients naïve to vemurafenib and HD IL-2 therapy; these patients are starting with 6 weeks of vemurafenib monotherapy followed by two courses of HD IL-2 sequenced with continued vemurafenib. In Cohort 2, patients will have received 7-18 weeks of vemurafenib prior to adding HD IL-2, and are being enrolled after starting vemurafenib; this cohort is exploring the effect of more prolonged vemurafenib treatment on adverse events and efficacy. The study's primary endpoint is CR at 26 weeks (+/-3 weeks) from the start of HD IL-2.20

Another Phase IV trial, PROCLIVITY 02, is comparing two different sequences of combination therapy with HD IL-2 and the monoclonal antibody ipilimumab. Specifically, the randomized open-label, two-arm study is enrolling patients with metastatic melanoma who are treatment-naïve or have previously received a single non-immunologic therapy. The trial is enrolling approximately 120 patients, with 60 patients assigned to each treatment arm. Patients in Arm 1 will receive two courses (four cycles) of HD IL-2 followed by one course of ipilimumab (a total of four doses). Patients in Arm 2 will receive the study drugs in the opposite sequence: one course (four doses) of ipilimumab followed by two courses (four cycles) of HD IL-2.21

The PROCLIVITY 02 primary endpoint is OS at one year in the protocol-defined population (i.e., those receiving more than 50% of the planned cycles of both study drugs). The complete responders in the protocol-defined population (Arm 1 + Arm 2) will be compared to that in a concurrent control population using data from the HD IL-2 Melanoma “SELECT” trial.22 Similarly, both endpoints will be evaluated in the intent-to-treat population. Additionally, the fraction of patients in each arm who receive at least 50% of the cycles of both drugs will be compared to each other.21

While enrollment in the PROCLIVITY trials is not yet complete, we are encouraged by certain factors that appear to contribute to greater patient participation in immunotherapy trials in melanoma. One of the key factors is the decentralization of clinical trial information. Although physicians continue to serve as clinical trial gatekeepers, patients are increasingly able to access trial information from other sources including the NIH’s ClinicalTrials.gov website, cancer organizations such as the NCI and the American Cancer Society, and melanoma-specific advocacy groups such as the American Melanoma Foundation and the Melanoma Research Foundation. One positive trend we have observed is the rising number of patient-to-patient referrals to immunotherapy trials, rather than physician-to-patient referrals. Such gatekeeper “work-arounds” are helping to enhance and accelerate melanoma patient enrollment in immunotherapy trials.

The melanoma community appears to be benefiting from the wider dissemination of clinical trial information, which is helping to spread awareness. This benefit speaks to the importance of enhanced public education about clinical trials. Presumably, stepped-up educational efforts would lead to greater public awareness and spur participation in immunotherapy trials.

While patient-directed education is clearly important, there is also a great need to educate nurses, social workers, and other allied health professionals as a means to increase patient awareness. It would stand to reason that these professionals would benefit from more focused education about ongoing immunotherapy trials and methods to encourage patient participation, and that these efforts would likewise propel enrollment.

Educational efforts need not be limited to the enrollment phase of immunotherapy studies. A clinical trials coordinator (CTC) can be extremely helpful in keeping patients on protocol post-enrollment. In addition to explaining the intent of the trial, the CTC can play a key role in terms of helping patients understand that they will receive equal, if not better, therapy as part of the trial, compared to what they would receive outside of the clinical trial setting.

If the PROCLIVITY melanoma trials are any guide, efforts to boost public and professional awareness of immunotherapy trials are helping to drive patient enrollment while also enhancing adherence to study protocols. In our experience, most patients, once made aware of the PROCLIVITY trial program, are amenable to trying HD IL-2 therapy in the context of a clinical trial, and adherence rates thus far are encouraging. While it remains to be seen if these trends will continue as the PROCLIVITY trials unfold, we are optimistic about the trials’ long-term prospects, and watch other immunotherapy trial programs with great interest. 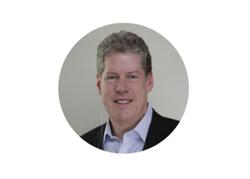