Small biopharmaceutical enterprises face many hurdles and risks with bringing novel therapies to market. Some organizations have de-risked their approaches toward drug development by forging fruitful collaborations with medical research institutions to explore novel combination therapy mechanisms. Ahead, Spiro Rombotis, president and CEO of Cyclacel, highlights why targeting cyclin-dependent kinases and the DNA repair pathway could improve the standard of care across multiple oncology indications.

Moe Alsumidaie: What is unique about the work Cyclacel is doing in cancer and what is the company hoping to accomplish?

Spiro Rombotis: Our primary thrust for the last several years has been the area of cancer resistance. Genetic resistance is often observed following sublethal levels of treatment where cancer cells increase the expression of proteins that protect them and support their survival. Our goal is to try to suppress these pro-survival proteins and re-sensitize cancer cells to the effects of therapy. One of the best-known such proteins, called Bcl-2, is the target of AbbVie’s Venclexta, which was approved for chronic lymphocytic leukemia and more recently acute myeloid leukemia.

Cyclacel’s lead compound, CYC065, lowers the expression of a pro-survival protein called Mcl-1, which is unaffected by Venclexta. At the 2018 AACR (American Association for Cancer Research) annual meeting, we presented ground-breaking, clinical data showing a sustainable reduction of Mcl-1 for over 24 hours at tolerable levels following a single administration of CYC065.  While this is excellent news, we are most excited about upcoming results from our recently initiated studies of the combination of CYC065 with Venclexta. We aim to kill resistant cancer cells by inhibiting the two pro-survival proteins at the same time, which should have a better effect over targeting just one.

Based on this unpublished data, Dana Farber’s breast cancer department has decided to run an investigator-sponsored study evaluating the effect of sapacitabine in combination with a standard-of-care drug, AstraZeneca’s Lynparza in BRCA mutant, breast cancer patients. It is important to note that this is an all-oral regimen, which will help compliance in a breast cancer population where patients are typically active middle-aged women, pursuing careers and have busy family lives. We are hoping sapacitabine can improve the standard of care and lengthen the period that patients can stay on treatment.

MA: For your lead cyclin-dependent Kinase (CDK) inhibitor, can you tell us more about the biological rationale for combination use in oncology? What recommendations do you have for companies that are about to test their combination regimens in oncology?

SR: Our journey started over two decades ago with our founder, Prof. David Lane, who discovered p53, a gene that is mutated in two-thirds of cancer patients. While p53 itself is currently undruggable, it can be regulated by a family of proteins called CDKs. The benefit of targeting CDKs was highlighted by Pfizer’s Ibrance, a CDK4 and CDK6 inhibitor approved in 2015, generating $4 billion in revenue. Targeting CDK4/6 leads to a state of cell dormancy, which is initially good to stop cancer growth but can allow a cancer cell to evolve, leading to resistance.

Based on Prof. Lane’s views, our rationale is to target CDK2 and CDK9 with CYC065. This leads to an apoptotic outcome or cancer cell death instead of dormancy and reduces the pool of cancer cells which can become resistant. We do not want to completely inhibit CDK2/9 because these enzymes also regulate an essential process in healthy cells called transcription. Preclinical tests show that transient inhibition of CDK2/9 by pulse dosing in frequent intervals increases exposure of the drug and induces less toxicity. This strategy aims to cause durable suppression of Mcl-1, a pro-survival protein implicated in several blood and solid cancers.

We have paired CYC065 with Venclexta because suppressing both Mcl-1 and Bcl-2 simultaneously may be more useful for patients. In 2018, MD Anderson investigators, led by Prof. William Plunkett, reported preclinical evidence that a Venclexta and CYC065 combination killed more leukemia cells taken from patients, than each drug alone. The combination was synergistically effective in killing cells with a deletion in chromosome 17p, which did not respond to either drug alone.

Our recommendations are to follow insights in disease biology, demonstrate promise in preclinical models simulating the effect of the combination, and address optimal dosing and any overlapping toxicity of the combinants as early as possible.

MA: So, if I understand the nuances correctly, you’re saying that cancer cells replicate much faster and are more vulnerable, and CDK2/9 inhibition could be able to indirectly and transiently target those cells through certain periods and stop replication. Also, this shortens the timeframe of drug exposure to limit the harm that’s being done to healthy cells, correct?

MA: How has Cyclacel been able to leverage strategic partnerships to the company’s benefit? You mentioned before that you have ongoing collaborations with MD Anderson Cancer Center and Dana Farber Cancer Institute, for example.

SR: We are fortunate to be working with these top-tier organizations at the forefront of oncology research. We believe our collaborations with academic centers of excellence are win-win, as we are offering patients in need promising therapies built on strong scientific rationale. At the same time, these collaborations help Cyclacel investigate the potential of a range of compounds simultaneously rather than sequentially, as small companies are often forced to do because of limited resources.

The MD Anderson alliance is unusual in that they agreed to absorb almost the entire cost of four clinical programs, evaluating three of our compounds in up to 170 patients, in return for potential milestone payments upon first commercial sale in studied indications. We remain the sponsor of the studies, which means we own the data. The agreement allows us to enroll in other centers, which could expedite trial timelines.

MD Anderson’s due diligence included experiments by Prof. Plunkett’s group and review by senior scientific leadership alongside the business team who crafted the agreement. This is a partnership that consolidates many years of fruitful collaboration with MD Anderson investigators in various indications with multiple drugs.

Our collaboration with Dana Farber Cancer Institute (DFCI) historically involved its interest in the clinical potential of combinations of our CDK inhibitors and sapacitabine in patients with incurable solid cancers. DFCI’s Early Drug Development Center, headed by Dr. Geoffrey Shapiro, has been distinguished in clinical studies of novel anticancer drugs. In one study of all-comer patients with different types of cancer, Dr. Shapiro showed that breast, ovarian, and pancreatic cancers of individual patients with BRCA mutations were sensitive to sapacitabine.

Data from his work published at ASCO 2016 catalyzed the interest of DFCI’s breast cancer department, which is sponsoring a study to evaluate sapacitabine in combination with standard of care in patients with BRCA mutant breast cancer. One notable difference, in this case, is that while DFCI is covering clinical trial costs, they are the trial sponsor and control the protocol. We are looking forward to learning the outcome of this innovative study when it becomes available.

Moe Alsumidaie, MBA, MSF, is a thought leader and expert in the application of business analytics toward clinical trials, and Editorial Advisory Board member for and regular contributor to Applied Clinical Trials 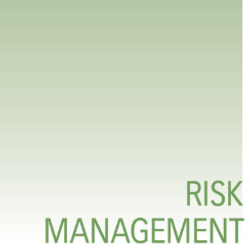 A Roadmap for Implementing RBM and Quality Management 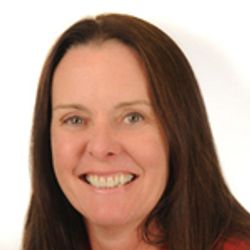