Until the end of the 1990s, the majority of clinical sites were based in traditional regions such as Western Europe and North America. In the last two decades, the geographic area of clinical trials has expanded to include more sites in other regions. Today, many sponsors include Eastern European sites in their multinational Phase III studies. In this article, we use the term Eastern Europe to include the Ukraine, Belarus, Russia, Moldova, and Georgia-those countries that inherited and still utilize post-USSR management style, healthcare system structure, and corporate culture. These sites offer the benefit of high recruitment rates, moderate costs, and large treatment-naïve populations, as well as motivated investigators and quality data.1

But we believe there are still challenges facing sponsors in dealing with sites in this region. To overcome and address these hurdles, we sought to clearly understand regional-specific risks and challenges. Our purpose was to evaluate actual site performance in Eastern Europe in comparison with other core clinical trial regions to determine whether Eastern European countries are still considered attractive destinations for clinical trials from pharmaceutical and contract research organization (CRO) viewpoints.

A web-based survey was conducted among clinical trial professionals from more than 20 countries in North America, South America, Asia, and Europe. The survey consisted of six question categories to determine the following:

Clinical sites were attributed to three categories according to the nature and severity of the detected issues:

Respondents were selected based on information from LinkedIn profiles and the authors’ personal network. Overall, 57 replies were collected during the period from September 2014 until January 2015. More than 90% (92.15%) of respondents had managerial experience in more than five projects. The majority, approximately three quarters (72.55%), had managed more than 10 projects.

Main geographic regions were assessed in terms of issues that arise at clinical trial sites. Figure 1 illustrates the rating of core clinical trials regions from a site-specific perspective.

The data confirmed that sites in different regions require different levels of site management, with those in traditional clinical site regions requiring less effort, and those in newer emerging regions, such as Eastern Europe and South America, requiring greater input from sponsors and  CROs.

One of the objectives of the survey was to explore whether any discrepancies in performance between sites exists, with respect to different therapeutic areas. The majority of respondents admitted such dissimilarity (See Figure 3).

The replies suggested that oncology clinical sites are most challenging in terms of performance. This could be explained by the highest saturation of trials in this therapeutic area, and the generally extensive routine workload of oncology specialists.

We then examined why Eastern Europe is still underutilized with respect to clinical research site potential. Respondents acknowledged that diverse and complicated contract procedures with study sites and investigators present

significant challenge for CROs and sponsors (see table at right; click here to enlarge). Furthermore, at state hospitals, which represent the greater majority of the study sites, management and investigators regularly undervalue the importance of contractual obligations that affect timelines and might delay initiation at an individual site.

About 80% of respondents admitted facing this problem, and for almost 20%, it is a recurrent and crucial hurdle that potentially might influence prospective collaboration with the study centers. Table 1 presents the prevalence of typical site-specific challenges in this region.

Liaison with local ethics committees (ECs) has been recognized as another specific challenge in Eastern Europe. Quite often, these relationships are underestimated and might be neglected by investigators. However, in this region, it is not a common practice to delegate administrative and technical tasks associated with ECs to a dedicated study coordinator, as such posts do not exist in clinics and hospitals. These tasks are often performed by sub-investigators, who have to manage patients as well as administrative tasks.

Our survey revealed that some study sites are poorly resourced and inadequately supplied. In some cases, clinical sites may lack basic tools such as access to the Internet or fax. This could be due to lack of support and restricted funding from state governments; a lack of motivation to investing internally by investigators and local hospital management; or a lack of focus or knowledge of changing market factors. Specifically, if the increasing requirements that sponsors place on clinical study sites are ignored by the Eastern European professionals, the sites inevitably will be a less attractive option to sponsors.

The respondents acknowledged a positive trend for involving sites in Eastern Europe in clinical trials and growing the clinical research experience of these centers. More than 35% of sites in the region were considered to have sufficient level of experience in the industry-sponsored clinical studies, and over 40% of sites have adequately-trained personnel.

Teamwork defined as smooth integrated functioning of the involved parties has always been considered challenging in medicine and science. Eastern European clinical investigators are not an exception of this rule. Sixtyâtwo percent of survey respondents noticed a lack of teamwork at sites in Eastern Europe.

The respondent data presented in Table 1 provides a snapshot of a typical Eastern European clinical study site from the viewpoint of an international CRO or pharmaceutical company. It can be summarized as follows:

In spite of the above listed challenges, over 43% of survey respondents confirmed that they would definitely include Eastern European clinical sites in their trials. About 30% of respondents indicated that likelihood is very high (see Figure 4).

Regardless of the number of challenges that CROs and pharma companies are facing in Eastern Europe, their clinical trial activities still remain high. Moreover, this geographic area continues to attract companies based on the following factors:

The following three factors may have an impact on Eastern Europe’s ability to attract trials in the near future:

We believe that sites in Eastern Europe can meaningfully contribute to global clinical programs. However, investigators, hospital management, and regulators have to acknowledge the existing local limitations, and focus on improving them. We believe that study centers should modify structure, procedures, and performance to the rapidly changing global clinical research environment.

We acknowledge the repeatedly published favorable outcomes of FDA inspection in Eastern Europe and appreciate that results of our survey are not mirroring findings provided by the authority. Also, the data collected by authors are based on the personal perception and experience of 57 respondents and not on results of official inspections. Nevertheless, we believe that the results presented here should be considered by sponsors, authorities, auditors, CROs, and sites.

* To whom all correspondence should be addressed

Orphans of the Storm 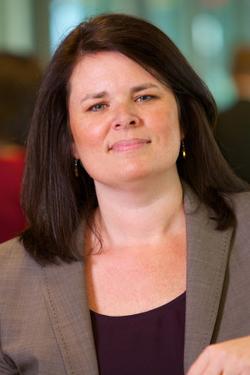 How Will Technology Drive Global Clinical Trial Change by 2025?