AI presents rare opportunity to assess the scope of this longtime challenge.

Inadvertent and intentional dose non-adherence in clinical trials has been a major drug development challenge for decades. Studies in the literature have demonstrated that a high percentage of study volunteers-as high as 75% -conceal or fabricate information and provided inaccurate self-reports of adherence.

and toxicity from investigational treatments and to overestimate the true dose level required. The anticipation of study participant non-adherence compels sponsor companies to expend resources and personnel to recruit an inflated number of study volunteers and to unethically expose larger numbers of patients to an investigational treatment. A common inflation factor used by biostatisticians is 15%-20%; for a typical Phase III pivotal trial, an additional 120-150 patients are recruited to account for non-adherent study volunteer behavior. Partial and full non-adherence may also cause sponsor companies to miss detecting treatment effects when they do occur, resulting in failure to identify a potentially effective drug.

Several well-publicized examples provide compelling evidence that non-adherence directly contributes to clinical trial, and even development program, failure. In a recent Phase II clinical trial of a treatment for adult attention deficit hyperactivity disorder (vortioxetine), the clinical team found that non-adherence compromised study validity. The team reported that high levels of non-adherence in the clinical trial lowered the signal effects of the investigational treatment and contributed to the failure to demonstrate differences in the primary and key secondary endpoints for placebo and active study drug cohorts. A similar conclusion was drawn from a recent Phase I clinical trial evaluating the effects of vilazidone on sexual function in healthy adults.

A large Phase III pivotal trial conducted in the late 1980s on a cholesterol-lowering investigational drug failed to account properly for high non-adherence rates overall and at protocol-specific time intervals. As a result, the sponsor and FDA underestimated the dose response and overestimated the dose level causing patients to pay unnecessarily higher costs to receive the treatment.

Although there is strong and broad consensus that the accurate estimation of non-adherence rates in clinical trials is essential to determining the dose-response relationship and to allowing for a valid analysis of treatment safety and efficacy, accurate estimates have yet to be produced. Reported non-adherence rates in the literature are largely anecdotal, varying widely from 15% to as much as 90%.

There is virtually no robust data characterizing patient motivation to be non-adherent. Some speculate that inadvertent and intentional dose non-adherence is associated with patient perceptions that their condition has improved and an investigational treatment is no longer needed; that the study drug is not working; or the study drug is causing intolerable side effects.

There are also no hard benchmark data characterizing non-adherence rates; this is largely a function of assessment and measurement approaches that are highly limited. Many approaches cannot distinguish between a patient simply missing a dose or deliberately concealing one. Pill counting-one of the most commonly used approaches-is unreliable and tends to underestimate non-adherence rates. Patient questionnaires and diaries rely on subjective assessments that can easily be misstated. Ingestible sensors are more precise but many study volunteers are uncomfortable with this approach.

Medication packaging with imbedded memory chips (e.g., MEMS) has serious limitations since this approach cannot detect what the patient is doing once the cap has been removed. And evaluations of drug levels in biologic fluids and biologic markers are impractical because they must be performed at distinct time periods when blood samples are collected and within a finite time frame before the study drug has been metabolized. These approaches are also subject to patient-specific pharmacokinetic variation.

The most reliable and accurate method is direct patient observation. But this approach has historically been cost-prohibitive and difficult to carry out in outpatient settings. In recent years, however, artificial intelligence (AI) has improved the feasibility of direct patient observation and presented a unique opportunity for the Tufts Center for the Study of Drug Development (Tufts CSDD) to conduct an academic study in late 2019 to assess the magnitude of intentional dose non-adherence and inform statistical analysis planning.

Tufts CSDD conducted this study using an AI platform developed by AiCure. The platform relies on computer vision and machine learning technologies using a front-facing camera to capture dosing data followed by human review if deliberate non-adherence cannot be determined. Study volunteers use the AiCure software on their smartphone during all dosing administrations. In all, the adherence behaviors of 2,796 study volunteers and 257,672 doses from 23 recently conducted, IRB-approved clinical trials primarily for CNS and neuromuscular diseases were analyzed.

The results of this study offer insights into a number of potential new practices and policies. Raising awareness, training, and additional support focusing on patient adherence specifically for less-experienced, lower-volume investigative sites may help address the higher incidence of intentional non-adherence there.

Tufts CSDD hopes to conduct future research that will look to gather adherence benchmarks across a larger and broader mix of disease conditions-particularly the most active, including oncology, infectious diseases, and endocrinology. This study also only included U.S. clinical trials. Future research will expand our scope to include international clinical trials to derive global baseline measures.

The historical lack of accurate measures of dose adherence behaviors has contributed to industry-wide inability to detect product non-use during clinical trials. The results of this study present a useful first baseline measure of intentional non-adherence, and inform practices and policies to address it. At the present time, as pharmaceutical and biotechnology companies face intense pressure to accurately measure dose response and true treatment effects, reducing and preventing intentional dose non-adherence takes on even greater importance.

Ken Getz, MBA, is Deputy Director and Research Professor, Tufts CSDD and Chairman of CISCRP, both based in Boston, MA. email: kenneth.getz@tufts.edu 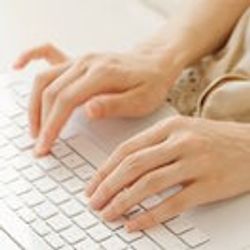 A Crisis of Health and Scientific Literacy 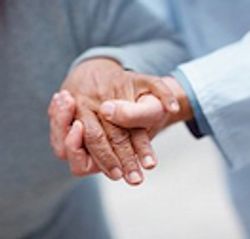