Technology, talent and specialization add up to a plethora of industry M&As.

First, what is crystal clear: the spate of mergers, acquisitions, and partnerships involving CROs is ongoing and evolving.

Second, what’s still blurry: how these business transactions will impact the future of the CRO industry, for better or worse. It’s not a couple of factors that propel these pacts. There are many—some permanent, some temporary, with others unknown. And still more have the indelible stamp of
“COVID-caused.”

None is inconsequential: advancing digital technology, globalization of clinical trials, changes in clinical trial design, the inflow of private equity dollars, fewer sponsors lost to mergers and acquisitions, more CROs, the costs of clinical trials, precision medicine, lack of available talent, and—an under the radar trend—the continuing challenges of chronic disease. More people are developing them, but true cures elude pharma. One report says chronic diseases are likely to “support the growth of the global clinical trials market to a significant extent.”1

The industry felt the impact of the pandemic, not all of it bad. It forced suspension of trial activity or its abandonment, thereby slashing income, but it also revealed ways to grow, either through an M&A, or how to morph from a jack-of-all-trades to a niche-specific entity.

“The trend toward more patient-friendly trial options is here to stay,” said Peter Benton, CEO, Worldwide Clinical Trials. “The industry is finally acknowledging the need for a toolkit of decentralized research methods and flexibility built around the patient. CROs have a tremendous opportunity to continue guiding sponsors toward solutions that meet them and their patients wherever they are.”

The pandemic also showed industry that it could reduce risk by shifting the weight. Processes that allow remote audits and monitoring, previously considered too risky, are now risk mitigators. “We adopted them, we experienced success with them, and now the ‘risk’ aspect is gone,” Benton said. That risk-sharing is driving continued technological evolution.

Two interesting maybe-trends: Many people interviewed for this article said that some pharma members, perhaps looking for more control over the management of their trials, let alone cost, are taking CRO functions in-house. One reason they can do this is through a bevy of new vendors, who are devising digital solutions and services to address the chronic migraines of the clinical world: enrollment and site management.

Another tech company that has caught private equity attention is Reify, whose valuation hit the $2.2 billion mark after a recent C round added to the coffers. Reify has two software products—StudyTeam and CareAccess—the former for patient recruitment, the latter for running decentralized trials. The true north of Reify, said co-founder Ralph Passarella, is to predictably enroll trials in three to four months, beating the average time of 1.5 years.

Mike Jagielski, CEO of KCR, an international clinical development solutions provider, said underestimating what these new technologies can do, from a business perspective, is unwise. These products, he said, create incredible organic growth opportunities for companies like his that can scale in a controlled way to “capitalize quickly and efficiently on new platforms, like Veeva.”

From a 30,000-foot perch, M&As are a large example of an industry revamping itself. The larger mergers and acquisitions, said Jagielski, have established engaging in M&A as “part of doing business.” A 2020 report called them a “primary factor” in the growth of global CRO services market.2

Casey McTigue, an executive director at SRS Acquiom, an M&A services firm, put it this way: “We have seen record setting volumes for M&A.”

The pandemic crystallized these truths: decentralized trial design has value and the CRO industry is not immutable to financial sledgehammer.

One study, which examined more than 62,000 trials started before and during the pandemic, found that the number of US-initiated studies between February and May 2020 was 57% of what would have been expected had the pandemic not occurred.4

A GlobalData survey released in July 2020 found that 322 companies announced their trials had been disrupted; most were in Phase II.5 More than 67% of these trials stopped because enrollment was suspended.

That’s a large monetary hit for the CROs, considering that 72% of all trial sponsors employ some CRO talent, according to a 2015 Research and
Markets report.

For CROs, trials ground to a halt, said McTigue. In turn, trial cessation “impacted our deals with [sponsors] quite a bit. I will say there were a substantial number of disputes” over missed milestones.

Even before the latest M&A moves and the pandemic, CRO specialization was a way CROs could differentiate themselves in an industry dominated by large companies. For the smaller CROs, specialization is a matter of survival. Based in Rockville, Md., Emmes, said Dingivan, has been a “long-standing partner” of the NIH and National Institute of Allergies and Infectious Disease. The company specializes in biostatistics and infectious disease and 20% to 25% of its staff worked on COVID-related studies in 2020. Last year, the company created Emmes Biotech to expand its work with federally-backed trials.

McNamara said specialization “has accelerated because of the science.” Biomolecules, biosystems, combination therapies, orphan drugs, rare diseases…all require deep knowledge, he said, not only for managing therapeutic trials, but also their different phases. CRO regulatory experts are also valuable, he said, such as those working with academic centers or with the federal government.

Another reason to merge or acquire is to literally cover more ground.

That was a good reason for dMed Global, based in Shanghai, and Clinipace, with headquarters in N.C., when the two merged in April. Alira Health, an advisory firm based near Boston, acquired CROS NT, a CRO based in Italy. Dingivan said that when she was looking for a firm for Emmes to acquire, she chose a CRO based in Prague called Neox because of its network throughout Eastern Europe. Another CRO acquisition, Orphan Reach, has allowed Emmes to become well-versed in the rare disease space. Behr-man Capital funded both acquisitions.

The Asia-Pacific area has become attractive to sponsors because it’s cheaper to run costs there and because of its assets, namely larger populations of people, patients and physicians.1

Then there are those CROs that wish to complement existing service offerings.

Think Research, in a venture-backed move, acquired the CRO BioPharma. Think Research, based in Toronto, provides technology products to healthcare facilities, including those that serve seniors. Combined, their network covers 2,800 hospitals, clinics and long-term care facilities, and 200 research and pharmaceutical companies, a press release says.

Since the combined R&D outlay of the top pharma houses now hovers at the $100 billion—and that majority of trials have CRO involvement—even the math challenged can appreciate the CRO industry’s losses, or gains, depending on the road chosen.6

But the CRO industry has already proved
its resiliency.

Despite changes in market conditions between 2008 and 2019, SRS Acquiom found that of the 227 private life sciences deals in which it was the shareholder representative, 163 had earnouts, the potential dollar figure more than $37 billion. In its 2019 Life Sciences Deal Terms Study, SRS Acquiom estimated that milestones due by mid-2019 have been achieved on average 33% of the time in biopharma (paying 33% of earnout potential dollars).

Some trial sponsors, said those interviewed, are changing their relationships with CROs by bringing CRO services in-house. One source in pharma said the move in-house is predicated on the success of DCTs and eSource. But the switch isn’t a topic of conversation among her peers, which “raises the perception this is what is happening.”

Said Passarella: ”Our industry is in an interesting state of flux, we are seeing internal shift. Sponsors are getting better support to run studies, but it’s too early to see how everything will shake out.”

Craig Steger, senior vice president, Life Sciences Outcome Capital, LLC, said Outcome did not uncover that trend in a recent report. “The only transaction that we know of where pharma or biotech acquired a CRO, whether in the clinical or pre-clinical space, was when UCB pharma acquired Beryllium Discovery [in 2017].

“I suspect that this may be a talent play,” he wrote in an email.

McNamara concurred...the need for talent is another reason for consolidation. He added that much industry talent is nearing retirement, as well as turnover. Employee turnover in the CRO industry doesn’t seem to be slowing down; before the pandemic, turnover was 24%; in November 2020, it was 21%.7

On LinkedIn, CROs are offering sign-on bonuses to fill the roles they need. Charles River offered animal care associates $1,000 to come aboard, while formulation technicians would receive $750. Despite the duplicate ads and the occasional non-CRO job ad, LinkedIn, in early August, showed 40 pages of ads, each with 25 job offerings, for roles that CROs needed to fill. Many of those ads had fewer than six applicants.

Dingivan said she didn’t think the CRO industry was in imminent danger of folding in on itself, due to the new technology firms, mainly because this country’s EMR systems have yet to connect. Trial sponsors need standardization for global-wide trials. The other thing, she said, is that these firms, like Google’s Verily, need a regulated infrastructure to run trials. “You can’t just know how to build a plane, you need the regs, too.”

M&A is always a distraction, as compared to organic development, said KCR’s Jagielski. The extent of the disruption depends on whether it’s your CRO that is acquiring or was acquired. “If it’s the former, it’s less destructive,” said McNamara.

But always count on a talent exodus. “The number one objective is to preserve talent,” said McNamara.

When two companies come together, said Jagielski, the hard part is figuring out what to do with the combined labor force. “In our business you are not buying IP, you are always mostly buying people,” said Jagielski, who has no intention of merging KCR with anyone, unless KCR stops enjoying “double digit growth” year after year.

Said Benton: A merger can force sponsors to reevaluate their relationship with the new CRO, or perhaps look for a new one. If that happens, the integration can lead to turnover, to system-integration irritations and service disruptions. “Integration can take years.”

Christine Bahls is a freelance writer and researcher 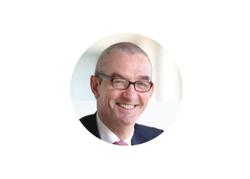 A Look Back: How Far Clinical Trial Technology Has Come 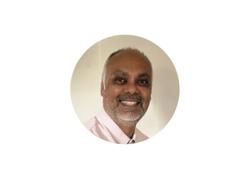