What Can You Do to Prevent Clinical Trial Fraud?

Fraud prevention requires good research governance, clear peer review of activity, and mechanisms in place to investigate any allegation, and regular review of data and investigation of suspicious data, according to an experienced UK clinical researcher. Encouraging a whistleblowing culture, monitoring reports acted on by sponsors, understanding that mistakes can happen, and an open policy to “own up” are also vital.

“Fraud seriously undermines the integrity of clinical research as a whole,” says Steve McSwiggan, PhD, deputy director of the Edinburgh Clinical Research Facility at National Health Service (NHS) Lothian. “The onus must be on all staff to raise any suspicions with a line manager or superior.”

Clinical trial fraud is more prevalent than is thought, but is still rare, he added. The literature is littered with examples of fraud, despite most cases being dealt with in-house, and fraudsters tend to be lone workers or those who are so exalted that their work cannot be challenged.

The consequences include damage to an individual’s reputation, damage to an institution’s reputation, erosion of scientific trust, dangers for patients (data used may lead to unsafe medications being licensed), and denying patients access to potentially useful treatments, according to McSwiggan, who was formerly the head of commercial research services at the Tayside Medical Science Centre (TASC), University of Dundee/NHS Tayside, UK. Furthermore, the time spent validating data increases costs and reduces the time spent on building new knowledge, and fraud leads to returned fees/grants, delays in review, cost of investigations, reanalysis of data, etc.

McSwiggan believes it’s important to distinguish between fraud (use of deception with the intention of obtaining personal gain, avoiding an obligation or causing loss to another party) and research misconduct (fabrication, falsification, or plagiarism in proposing, performing, or reviewing research, or in reporting research results). In the UK, the most relevant legislation is the Medicines for Human Use (Clinical Trials) Regulations Statutory Instrument (2004, No. 1031), and the legislation for Clinical Trial of an Investigational Medicinal Product (CTIMP), which lays down 14 principles and conditions of good clinical practice (GCP).

McSwiggan, who spent six weeks treating Ebola patients in West Africa in 2015, noted that other types of clinical trial fraud include forging (invention of false or misleading data), cooking (only analyzing data that supports a hypothesis), trimming (smoothing out data), misuse of statistics (use of improper techniques), and irresponsible authorship.

Determining a local approach that works is important, he continued in his presentation posted on the TASC website (view here). For instance, NHS Tayside has a whistleblowing policy, code of corporate governance (including fraud standards), and a fraud liaison officer. The University of Dundee has a code of policy and procedures for investigating and resolving allegations of misconduct in research and a whistleblowing code.

To illustrate his key points, McSwiggan gave details of three notable case studies. Evidence suggests these are not isolated cases of misconduct, McSwiggan pointed out. The Commission on Research Integrity in Washington found in 1996 that 36% of doctoral and post-doctoral students were aware of an instance of scientific misconduct, and 15% were willing to do whatever was necessary to get a grant or publish a paper. A survey of members of International Society for Clinical Biostatistics in 2000 revealed that 51% of respondents knew of fraudulent projects. 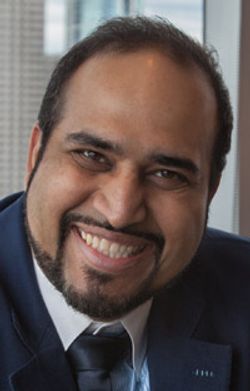 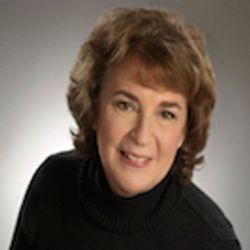 The ‘What Ifs’ of EMA Relocation Decision