Redefining this paradigm may help dispel current misperceptions around RBM and better deliver on the promise of this growing approach.

With all of the buzz and excitement around risk-based monitoring (RBM), one might expect that the broad adoption of this emerging clinical research paradigm is well underway. Those familiar with the often painfully slow pace of innovation in the area of clinical R&D, however, will not be surprised by the more sobering reality that only a modest number of clinical trials have adopted a risk-based approach to site monitoring to date. Most organizations engaged in clinical research have been sitting on the edge of the risk-based monitoring pool, anxiously dipping their toes in the water but unwilling to dive in until enough others jump in first and confirm that the water is safe.

The percentage of source document verification (SDV) coverage measured industry-wide is indeed trending downward, but only at a modest rate, from about 92% in 2008 to 84% in 2012, according to data compiled from the Medidata Insights Metrics Warehouse.

The concerns most commonly cited by organizations resisting the adoption of RBM revolve around a perceived degradation in site and data quality, and a perceived increase in regulatory risk. Yet, given the strong regulatory endorsements and the numerous positive arguments and evidence already brought to bear in support of RBM, concerns about the approach are rapidly becoming less credible. And unlike the painfully slow transition from paper case report forms to electronic data capture during the previous decade, the technology required to enable successful execution of RBM already exists and is readily available.

What remains, then, primarily amounts to a change-management exercise—both within each company and for the industry as a whole. How this paradigm is defined can directly affect acceptance as well.

While "risk-based monitoring" is an accurate descriptor of the underlying methodology, it also conveys a negative connotation for many in the clinical research community, which reinforces their fundamental fears regarding increased regulatory risk and potential quality issues. The phrase is often misconstrued as describing a paradigm that increases overall operational risk, paired with a methodology by which that increased risk can be managed. This misperception, however, is the opposite of what RBM promises.

Removing the word "risk," then, would be a step in the right direction. "Targeted" appears to be an apt alternative, as it very accurately describes the methodology at work and also emphasizes the positive efficiency gains that will result from implementing the approach. Thus, "targeted monitoring" as a label is already a significant improvement over "risk-based monitoring."

Additional improvements can be considered as well. For instance, to many industry professionals, "monitoring" or "site monitoring" still conveys a traditional understanding of a site monitor's role, focused primarily on frequent visits to sites that involve exhaustive review of source documents, regulatory binders, and investigational product reconciliation.

Replacing "monitoring" with the words "site quality management" will help move the focus away from the traditional role and towards the broader and more holistic monitoring approach that is encouraged in the new paradigm. With "site quality management," the role of the site monitor is implicitly elevated to a more strategic level, supported by centralized and remote monitoring. 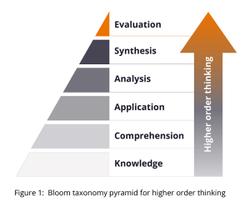 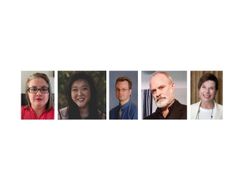 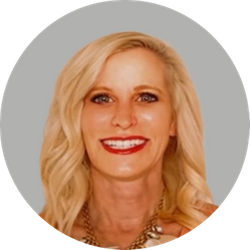