Regulators must stop approving so many new drugs of very limited therapeutic value, and the European Medicines Agency (EMA) and other regulatory bodies should be fully funded by public money rather than relying on industry-generated user fees, according to an article published by the British Medical Journal.

Regulators must stop approving so many new drugs of very limited therapeutic value, and the European Medicines Agency (EMA) and other regulatory bodies should be fully funded by public money rather than relying on industry-generated user fees, according to an article published online on August 7 by the British Medical Journal (BMJ.com).

The pharmaceutical industry and analysts measure innovation in terms of new molecular entities as a stand-in for therapeutically superior new medicines, but most have provided only minor clinical advantages over existing treatments, noted lead author Prof. Donald Light, Visiting Researcher at the Center for Migration & Development at Princeton University, and Senior Fellow at the Center for Bioethics, University of Pennsylvania.

"This is the real innovation crisis: pharmaceutical research and development turns out mostly minor variations on existing drugs, and most new drugs are not superior on clinical measures. Although a steady stream of significantly superior new drugs enlarges the medicine chest from which millions benefit, medicines have also produced an epidemic of serious adverse reactions that have added to national healthcare costs," he stated.

Pharmaceutical companies spend only 1.3% of revenues on basic research to discover new molecules, net of taxpayer subsidies, and more than 80% of funds for basic research to discover new drugs and vaccines come from public sources, he continued. Industry estimates the cost of drug discovery is around $1.3 billion, but half of that sum comes from forecasting profits made if the money had been invested in an index fund of pharmaceutical companies that increased in value by 11% a year, compounded over 15 years; these presumed profits should not be counted as R&D costs on which profits are to be made, argued Light.

"The contrast between the rhetoric about 'innovation' by companies and regulators, its alleged crisis, and the huge unsustainable costs of R&D that must be addressed, and the reality that most new drugs in fact prove to offer few advantages for patients as measured by clinical outcomes is due to rewarding companies for developing such drugs," he wrote in a follow-up e-mail.

Clinical trials are designed to meet regulatory requirements, and if those requirements emphasized superiority against hard endpoints, trials would be designed to meet that standard, Light noted. Additionally, he thinks the low bars of being better than placebo, using surrogate endpoints instead of hard clinical outcomes, or being non-inferior to a comparator, allow approval of medicines that may even be less effective or less safe than existing ones. Notable examples include rofecoxib (Vioxx), rosiglitazone (Avandia), gatifloxacin (Tequin), and drotrecogin alfa (Xigris).

The EMA "does a disservice" by approving 74% of all new applications based on trials designed by the companies, while keeping data about efficacy and safety secret. Around 29% of new biologicals approved by EMA received safety warnings within the first 10 years on the market, and therapeutically similar drugs by definition have no advantages to offset their unknown risk of increased harm, he wrote.

"We need to revive the Norwegian 'medical need' clause that limited approval of new drugs to those that offered a therapeutic advantage over existing products. This approach led to Norway having seven non-steroidal anti-inflammatory drugs on the market compared with 22 in the Netherlands," stated Light. "We should consider new ways of rewarding innovation directly, such as through the large cash prizes envisioned in US Senate Bill 1137, rather than through the high prices generated by patent protection."

In an accompanying article also published by BMJ.com on August 7, UK academics emphasized that raising evidence standards for market entry of new drugs could have numerous benefits, including providing incentives for development in therapeutic areas with few treatment options.

"Relative benefits and harms of a new drug often emerge only after market entry, which may be too late to adequately meet the information needs of decision makers in clinical practice. In addition, unlike regulatory agencies, payers need manufacturers to provide comparative evidence to support decisions for coverage and reimbursement," stated lead author Huseyin Naci, a PhD candidate of Pharmaceutical Policy and Economics at LSE Health in London.

Requirements for comparative evidence at the time of market approval could also encourage manufacturers to focus on therapeutic areas with limited treatment options or where comparators have poor efficacy or serious side effects, because drugs in those areas would face fewer obstacles to authorization. Moreover, there is no evidence that increased regulation limits the number of new drug approvals. Requiring comparative evidence at the time of market entry would ensure that all parties are adequately informed about the relative merits of new treatments, he concluded. 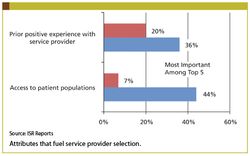