Satisfaction of Healthy Subjects in Phase I Trials

Satisfaction surveys provide clinicians valuable insight into quality-of-care metrics. However, in order for satisfaction surveys to be most useful and yield meaningful results that can improve patient outcomes and well being, the responses must be truthful and accurately reflect the respondent’s inherent satisfaction. To achieve this goal, it is important that the survey be constructed and administered properly.1 Assessing the satisfaction of healthy volunteers is important because of the vital role they play in the drug development process via assessment of safety of dose administration and pharmacokinetic characterization of the absorption, metabolism, and distribution of compounds in the body.

Satisfaction surveys have been used for decades in healthcare for patients undergoing medical procedures and to assess their experience during hospital stays.2 Recently, the General Medical Council (GMC) directive in the U.K. requires clinicians to access the satisfaction of patients with their performance, even in clinical trials.3 There are many standardized general satisfaction surveys in healthcare with good validity and reliability, including the Patient Satisfaction Questionnaire Short Form (PSQ-18)4, the Picker Patient Experience Questionnaire (PPEQ -15)5, and the consumer assessment health plans (CAHPS), although many medical centers also generate their own internal forms. Surveys can be self-reported, administered by an interviewer, or given over the phone or by computer. Patients’ evaluation of their care allows direct feedback on healthcare performance and suggests areas for improvement.

The items on the survey had been created and reviewed by five clinical trial experts to target important domains relevant to satisfaction: Background Information, Informed Consent, Participation, Facilities, Participation in Other Clinical Trials, and Overall Impression & Future Participation.  After extensive review by these experts, a number of items deemed to be nonessential were removed, leaving the 16 items that were included owing to their domain relevance (i.e., face validity) and internal reliability. Demographic data was also anonymously collected from each subject and included age, sex, gender, level of education, and employment status. These domain clusters are displayed in the below table.

Subjects were healthy participants in five bioequivalence (BE) clinical trials at Worldwide Clinical Trials Drug Development Solutions (WCT-DDS). These BE trials were similar in design, consisting of two-period crossover studies, which required one to two night stays for each period. Staff asked subjects to voluntarily take the 16-question survey anonymously at their last study visit. A standard satisfaction survey, consisting of 16 questions (two of which were multi-part questions) relevant to clinical trials, was administered to the participants (see the figure below).

The survey items were worded as “I” statements to give the subjects ownership of their responses. Each item allowed for a response on a seven-point graded scale from 1 = strongly agree to 7 = strongly disagree, with a neutral (4) option in the middle. In addition, some questions assessed similar criterion in order to assess internal validity. Relationship of item scores to demographic data was examined for significance by the Wilcoxin Mann-Whitney Test.

The local institutional review board (IRB) was notified regarding the survey development prior to planned administration of the survey. The IRB commented that informed consent was not required for the activity. Subjects were recruited by posted notices and also by staff. Subjects who volunteered to participate in the survey were directed into a private area by a staff member on their last visit of the study in groups of 5-10 subjects at a time, and filled out the survey questionnaire in privacy. Subjects were verbally told that their responses were anonymous and would not affect future participation in trials. Following their completion of the survey, they sealed the survey in an envelope and handed it back to a staff member. To keep it anonymous, they were asked not to write their name or any identifying information on the survey. Subjects were not compensated for participating in this survey.

In general, subjects were satisfied with their participation in the study, with an

The highest reported mean satisfaction scores related to subjects being given adequate time to read and understand the informed consent (1.46) and being clearly explained what a clinical trial is (1.36). The lowest reported mean satisfaction scores related to the sleeping conditions (3.51), food quality (4.00), and finding the informed consent difficult to understand (1.85); note the lower number for this latter item represents increased difficulty in understanding.

The internal consistency of the satisfaction survey was determined by calculating the Cronbach’s alpha coefficient. The resulting score of 0.839 indicated an acceptable lower bound for the reliability coefficient as this is much greater than the value of 0.70 as suggested by the literature.13

Determining healthy subject satisfaction in early clinical trials is an often overlooked but essential component of the drug development process. Healthy subjects make up the backbone of early phase clinical research, and their satisfaction with trial processes and procedures is essential in order to secure their continued involvement. Phase I trials are often vital for determining proper dosing

levels for later stage trials and measuring adverse events. They can also provide invaluable insight on a compound’s efficacy potential, shape the design of later stage trials, or save money by terminating programs involving dangerous or non-efficacious compounds. And unlike Phase II, III, and IV trials that involve patients, healthy subjects in early phase trials typically do not have a direct, vested interest in the outcome of the trial relating to their health. Therefore, their overall satisfaction is of utmost importance. It makes little sense why research on this metric has been sorely lacking, especially considering the abundance of literature evaluating patient satisfaction in clinical trials.

Some Phase I sites collect satisfaction data from subjects who participate, but only use this data internally. To our knowledge, this is the first published satisfaction survey administered to healthy normal volunteers who have participated in Phase I studies. Our survey instrument demonstrated good face validity and internal consistency. The chosen method of survey administration guaranteed subject anonymity, increasing the likelihood of getting truthful responses. This is supported by literature demonstrating that a survey’s responses may be influenced by the presence of an interviewer or an authority figure. One study showed that oncology patients who were interviewed directly by a person about quality of life issues showed inflated scores compared to patients who self-administered the same questionnaires, suggesting the presence of the interviewer has a direct effect on survey scores.14

Likewise, another study compared three modes of administration (telephone, face-to-face, and self-administration) of a commonly utilized health-related quality of life measure in veterans, and found that face-to-face administration provided a more optimistic picture of health than self-administration, suggesting an acquiescence bias toward the interviewer’s perceived predisposition.1 There is a body of literature supporting the tendency of subjects to acquiesce to the perceived will of authority figures.15,16,17 Removal of an interviewer and the assurance of anonymity allowed us to minimize this acquiescence effect in our survey and obtain more honest assessments of subject satisfaction.

Survey items were worded as “I” statements to give the subjects ownership of their responses. In addition, some questions assessed similar criterion in order to assess internal validity. Design input was collected from five clinical trial experts, as well as recommendations from the literature, to capture satisfaction in the most essential trial elements and provide a high level of consistency. The participation rate was high, estimated by the WCT clinic to be greater than 90% of persons who were approached. One potential drawback is that subjects who were discontinued or withdrew from the study early were not captured by our design. However, the estimated number of subjects who withdraw early from BE studies is small, about 3% in our experience. Additionally, our survey was only administered to subjects who participated in BE studies. Future surveys should be conducted with subjects who participate in other types of Phase I studies, such as safety/tolerance and QTc studies, as the satisfaction rate for these often longer and more demanding studies may be different from what we found in BE studies.

Although we found a number of significant findings when comparing demographic variables to satisfaction scores, none of these appear to be of meaningful clinical significance, as all were less than one-point difference on our rating scale. For example, our significant finding that Hispanic subjects found the

consent more confusing than non-Hispanic subjects was only reflected in a difference of less than half of one point (0.47) in the rating scale. We also found that subjects in general found the consent form confusing and difficult to understand; however, given that these BE consent forms were around 13 pages in length and contained numerous details about study design, adverse events, etc., this may not be surprising and may be unavoidable. Fortunately, subjects highly agreed that they were given enough time to properly review and ask questions about the informed consent.

Based on their responses in this survey, subjects were generally satisfied with all aspects of their participation, and the mean/SD scores did not indicate a ceiling effect on the survey instrument. Even survey items with lower satisfaction results (food and sleep) were still rated as “neutral” and not negative. Lower satisfaction with food may result from study dietary requirements, while lower satisfaction with sleep may result from poor mattresses and the use of a dormitory setting. Subsequent to this survey, the clinic made strides to improve the food service, and upgraded the quality of mattresses. Significant findings relating levels of satisfaction to various demographic variables suggest that further study is warranted. 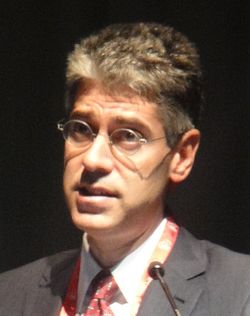 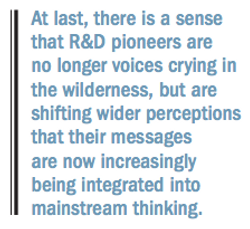 Europe: At Last, the Hunt is On for Trials That Fit Science