Table 1. What is the agreement called?

Pharmaceutical companies and investigative sites therefore share a common interest in reducing costs and accelerating clinical trials. This paper discusses activities in the United States, Canada, Britain, and Germany to achieve these objectives through the development and use of model clinical trial agreements (CTAs).

A model CTA should accelerate the average clinical trial by at least two weeks and potentially much more. This is a modest goal, since it takes sponsors an average of 35 days to negotiate CTAs with community-based sites and site management organizations, and 96 days with academic centers.1 These numbers understate the problem for several reasons:

Sponsors and sites have very different perspectives on CTAs. Sponsors see one agreement, the one their legal departments drafted. Their contract negotiators are usually contract specialists and have access to attorneys. For each study, they negotiate agreements with many sites and know what issues the sites raise most frequently. Although this paper will not discuss budgets, sponsors generally have access to third-party cost data that is not affordable for most sites.

Table 2. What is the subject called?

In contrast, sites see many agreements, one for each sponsor. Sites seldom, if ever, write the agreements. They have no visibility on what concerns the other sites. Negotiators at smaller sites are usually generalists, without affordable access to contract specialists or attorneys. Because sites compete for the business, most do not have the luxury of negotiating any but the most critical terms in an agreement. The very real threat exists that other sites will sign the agreement quickly, and with few or no changes.

Based on the analysis of 10 Phase II and Phase III CTAs, the agreements display a startling lack of consistency in both form and substance. Form varies with respect to terminology (Tables 1 and 2), phrasing, and organization. Substance varies with the content (and presence) of the terms and the level of detail in which they are presented (Tables 3 and 4).

Outside of the United States, at least three groups have developing model CTAs or guidance documents: The Association of the British Pharmaceutical Industry (ABPI), the University of Toronto and affiliated hospitals, and the Federation of German Hospitals (Deutsche Krankenhausgesellschaft or DKG).

In the United Kingdom, the ABPI Pharmaceutical Industry Competitiveness Task Force Clinical Research Working Group negotiated a model CTA with the Department of Health, acting on behalf of the National Health Service. Industry representatives included AstraZeneca, GlaxoSmithKline, Merck Sharp & Dohme, Novartis, Pharmacia (now part of Pfizer), and Wyeth. Remarkably, all of these companies were able to agree on a single text. The resulting documents, "Model Clinical Trial Agreement" and "Model CTA Guidance," were published in January 2003 and are available from www.abpi.org.uk. The model CTA has been adopted almost universally in the United Kingdom. Various parties have made various modifications, but preserved the agreement's principles. The model CTA is currently being revised for compliance to the European Union's Clinical Trials Directive.

In Germany, the German Hospital Federation (DKG) has developed a model CTA that has achieved some adoption. Information about DKG is available from www.dkgev.de.

In the United States, at least four groups have developed or are developing model CTAs or guidance documents: The Association of American Medical Colleges (AAMC), The Integrated Research Group, The Duke Clinical Research Institute (DCRI), and the Model Agreement Group Initiative (MAGI).

Association of American Medical Colleges. Stimulated by discussions with the pharmaceutical industry and concerns expressed by AAMC members about the difficulty of negotiating CTAs, the AAMC published "Clinical Trial Contracts: A Discussion of Four Selected Provisions." The document provides sample contract language, but its great strength is its presentation of the differing perspectives of industry and academia regarding four contract provisions: intellectual property, publications, indemnification, and payments to subjects injured during a trial. The document's primary objective is to stimulate debate, discussion, and potentially consensus among members of industry and academia. The document has been well-received by academia, but there has been no feedback from industry. It is available at www.aamc.org/publications.

Integrated Research Group. Five academic medical centers in the Philadelphia area (the "Supersite") are developing a consensus CTA with leadership by BioAdvance and the Biomedical Business Institute, two nonprofit organizations.

Duke Clinical Research Institute. In 2002, DCRI surveyed contracting officers at 108 medical schools about their clinical trial agreements.2 Based on this survey, the editor of the New England Journal of Medicine called on the academic community to develop "universally accepted contractual language that would...safeguard the integrity of the research process."3 DCRI developed a model CTA based on its findings and posted its "Clinical Trial Site Agreement" at www.dcri.edu/ccge/contracts. Its objective is to promote the universal observance of guidelines issued by the International Committee of Medical Journal Editors with regard to investigators' participation in study design, access to data, and control over publications in the conduct of clinical research.4,5

Model Agreement Group Initiative. In October 2003, MAGI began recruiting members to help develop a flexible, "multiple-choice" model CTA that would be acceptable to both sponsors and sites. Employees of over 200 sponsors, sites, CROs, SMOs, and other industry participants have joined MAGI, and are currently drafting the agreement in sections. MAGI will publish the resulting model CTA with accompanying commentary later this year.

MAGI members are currently conducting over 25,000 clinical trials. The organization has members from over two-thirds of U.S. News & World Report's 50 Best Research Medical Schools and 14 Honor Roll Hospitals, many of the largest SMOs, the four largest CROs (eight of the top ten), two of the top four biotechs, and a number of smaller pharmaceutical companies. It continues to welcome new members and participation from other model CTA initiatives. Active members commit a total of two to eight hours. Everything is done remotely; there are no meetings. There is no charge for participating. By taking part, members are not obligating their organizations to use the model CTA. Information about MAGI is at www.firstclinical.com/magi

Other groups, such as the National Comprehensive Cancer Network (www.nccn.org), have developed model CTAs for internal use. Over time, these confidential documents may merge with those that are public.

It is unlikely that the ABPI's success with a single-text model CTA will be replicated in the United States. It is also unlikely that any of the above groups will produce a model CTA that all the other groups will adopt. To achieve broad industry adoption, a flexible, inclusive approach is therefore required. MAGI, which is employing such an approach, is based on the following six hypotheses:

The MAGI model CTA will be based on the following design principles:

The MAGI CTA will achieve flexibility with four methods:

Drafting the model CTA will be a challenge, but relatively manageable given MAGI's "multiple-choice" strategy. The larger challenge will be to achieve broad industry adoption. To facilitate adoption, MAGI membership is open to all industry participants at no cost, and all members have free use of the model CTA. MAGI funds its modest financial requirements with sponsorships, fees derived from its membership discount program, and professional certification fees.

The use of model CTAs will provide substantial benefits for sponsors:

Many sponsors apparently have attempted to reduce their costs by understaffing their contract negotiation staffs. Alternatively, they hire a CRO to conduct the negotiation, but provide few supporting legal resources. The result is that approximately 65% of the time spent waiting during a negotiation is spent waiting for the sponsor to respond, and only about 35% waiting for the site to respond. Some contract specialists have over 100 CTAs in negotiation or in queue.7 Multiple-choice model CTAs such as MAGI's will enable contract specialists to reduce their dependence on overloaded contract attorneys.

MAGI has heard the following objections from sponsors, accompanied by responses:

We have other priorities.

We're happy with our CTA.

We use master agreements.

Our contract is a competitive advantage.

There are anti-trust problems.

America is too litigious.

Participate enthusiastically. Promote the use of their contract language in the model CTA. Leverage the full public relations advantages of being site-friendly and a good industry citizen. Shift the balance of power in the initiative towards the sponsor side.

Participate cautiously. Keep their CTA proprietary, assuming that is possible. Help draft pieces of the model CTA that they want to be standardized in the industry. Leverage the public relations advantages of being site-friendly and a good industry citizen.

Do not participate. Hope the initiative fails. Keep their CTA proprietary, assuming that is possible.

Benefits to the public

What is the impact on public health if we accelerate drug approvals by a week? 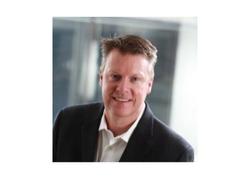