The Many Paths of Diversity in Clinical Trials

How COVID-19 blazed a new trail for greater patient inclusion.

And when the world lost its semblance of sanity last March, as minority groups were dying from COVID-19 at higher rates than Caucasians, the world reacted; it called for real-world diversity in clinical trials and medical parity in the clinic.1 Studies were published, opinion pieces, too, even ads were aired for clinical trial equality.2 Page after page in Google can provide the details.

No doubt, the historical dominance of the white man as a trial enrollee has thwarted gathering evidence-based knowledge regarding the health and welfare of non-Caucasians. Without the latter’s participation in interventional trials, little can be ascertained as to whether the drug helped, hindered, or even hurt them. This lack of knowledge is acutely felt in the field of oncology. “Certain compounds affect certain populations,” said Diana Foster, PhD, vice president, Strategy and Special Projects, Society for Clinical Research Sites (SCRS). Diverse populations are “critical in drug development.”

To say that pharma has not paid attention to the problem of inclusion prior to the pandemic is inaccurate, those interviewed for this article said. An important point: inclusion can be defined in numerous ways, beyond the color of someone’s skin.

Diversity, said Joan A. Chambers, Senior Director, Marketing & Outreach, Center for Information & Study on Clinical Research Participation, is difficult to define. “It can go down many different paths.”

One such path is pharmacogenomics. The human body has about 30,000 genes, and each one, on average, produces three proteins. That’s a lot of opportunity for therapies to encounter genetic hiccups and disrupted metabolic pathways.3 Add to that how bodies are influenced by prior generations, and the world they are living in now. A 2013 study of 167 new-molecule-based therapies showed that one in five of them acted differently in minority groups, in different races and ethnicities.4

“Diversity certainly has a higher profile now, but pharma began funding [our Diversity Site Assessment Tool project] four years ago,” said Foster. “Diversity is a scientific and conceptual issue that continues to evolve and develop.”

COVID-19 was not the impetus for pharma’s current focus on diversity in its trials, said Marie-Pierre Hellio Le Graverand, MD, DSc, PhD, senior vice president and Pfizer’s Clinical Development & Operations, Global Product Development lead. “We have been working on [minority inclusion] for a number of years. It takes time to move the needle.” Hellio Le Graverand and colleagues recently published Pfizer’s own clinical trial diversity track record for the last 10 years.5 The Pfizer representatives recently called for industry to address equity access to clinical trials.6

But the pandemic made it clear that the world wants that needle to move and move fast.

Brief look in the rearview

Scientists began noticing differences among various groups, early on, starting in the late 19th century. (Mendel was growing and analyzing his peas around 1865.) In 1932, J.M. Adams wrote about the differences in blood pressure levels between a “group of white and [African American] workmen” in the American Journal of Medical Sciences.7

Researchers then started reporting that different types of people react differently to medical therapies. In 1952, Hockwald et al. showed that red blood cells of 10% of African Americans and some Caucasians were fated for destruction if these patients were regularly given the antimalarial primaquine.8 In 1962, Tarlov et al. deemed the problem to be “an intrinsic abnormality of the erythrocyte,” as this “hypersusceptibility to hemolysis by drugs is a genetically transmitted inborn error of metabolism.”9

FDA began its decades-long quest for inclusion in 1993, telling trial sponsors that if they wanted financial support for their clinical trials, they had to enroll other people besides young and middle-aged white males. Five years later, FDA got specific: break out the efficacy data according to the participants’ age, race, gender and ethnicity. With the first installment of the Human Genome Project a few years away, maybe the agency was gearing up to review precision-based medicines.

In 2001, J.F. Wilson et al. set out to see how drug response worked in participants from China, New Guinea, Sub-Saharan Africa and Western Eurasia. They were tested for shared genetic regions and then grouped with their genetic kinsman. Ultimately, the participants were put into four groups. Expecting to find the four groups geographically aligned as well, what they found was that geographically, borders don’t exist: Ethiopians joined people of Jewish descent, Afro-Caribbeans were, genetically speaking, neighbors of the West Eurasians. Human demographics are complex, the authors said, with no apparent natural clustering arrangement. The work does provide, they continued, a framework “for assessing the appropriate level of resolution in relating genetic structure to drug response.”10

While FDA has approved and continues approving assay tests to ensure that the right medication, primarily for cancer patients, reaches the right genetic target, pharma’s long-running, one-size-fits-all approach was still in use.11

But it was coming under attack.

In mid-May, another enrollment overview, this time of 207 U.S trials from 2007 to 2020 involving 8,429 pancreatic ductal adenocarcinoma patients showed that rates of enrollment for minority groups weren’t reflective of real-world, higher diagnostic rates.14 The rates of somatic and germline mutations in Black patients differ from other racial subgroups, so their response to therapy also differs, said co-author Kelly Herremans.15 Black participants were less likely, at 2.9%, to be included in a Phase III trial than in Phases I and II, with each about 10%.16

Just two more studies of note: In 2010 Booske et al. found that social circumstances, environment and genetics affected health by half;17 by 2016, the United Health Foundation found those three drove a person’s health by 60%.18

In 2019, a study underwritten by Merck & Co. along with many stakeholders, including the Association of Black Cardiologists, Inc. and SCRS, surveyed cancer centers, looking for those more successful in recruiting racially and ethnically diverse patients than others. In essence, these centers found it takes informed, back-and-forth communication among all involved, while giving enrollees, their family and their referring physician more of a voice in making decisions. These sites also trained their investigators in cultural mores.19 Work on the Diversity Site Assessment Tool, now scientifically validated, began in 2016. Merck wanted help in finding non-Caucasian trial participants. “We consciously decided to approach the work scientifically,” Foster said. “What are the sites lacking, what do they know and what are we going to teach them?” Over the next four years, the group devised self-assessment surveys to get answers to these questions. Its financial supporters include pharma members and CROs.

Some sites don’t know their own communities, she said. “The site could be in an urban location, and three blocks behind the hospital is a huge population of Spanish-speaking people, and they don’t even know it.”

For the last survey, questions were sent to 437 sites located in hospitals, private physician offices that conduct trials and academic institutions and other research companies. Foster said SCRS will make the tool available; no specific training programs have been developed yet.

The targeted improvements pinpointed in the study are similar to findings in the 2019 Merck-funded study: locate minority-based organizations that can help build a network to find minority participants, like community centers, churches, support groups; include different languages on the phone prompt; and help participants get over hurdles, like finding housing should the patient need to visit a site, for himself and family.

Joan Chambers knows all about the hurdles of finding minorities for trials, and the need to use local organizations to find them. CISCRP has been minority focused since its founding in 2003. The goal has always been “how do we share this information about clinical trials in easy-to-understand content that does not sound scientific,” she said. The group disperses the information in the community, but it’s up to the recruitment arm to tailor the message for a specific study.

Local organizations can support gatherings at community centers or churches, and educate about clinical trials. And when they do, the questions that people ask at these gatherings all punch the holes as the studies geared to find
minority patients:

At ZS, helping with minority recruitment is more about getting to the roots of “I won’t participate,” and “I won’t invite this person in.” ZS, a professional problem-solving firm, began its cognitive and behavioral science project six years ago. It has pharma sponsors, as does
Foster’s work.

The point of this project, said Jacob Braude, principal, is to identify the so-called mental shortcuts people take to make decisions, and to dismantle those shortcuts that prevent someone from enrolling in a trial, as well as those shortcuts that site coordinators and referring physicians take to discourage a would-be participant. Braude said academics have identified 100 such shortcuts. An example: A person with osteoporosis in her knee can get site injections four times a year. But this person only comes once, because her physician has told her, “Come back when there is significant pain.” This shortcut is called moral regulation in which the patient is balancing good and bad behavior. “We asked the patients, ‘do you have to earn your injection? and 60% said yes.’”

Expanding inclusion criteria is a front-burner item, supported by FDA and not a few pharma houses.

At IQVIA, researchers are “pressure-testing” inclusion and exclusion criteria, said Mark Brown, head of Global Patient and Site Solutions at IQVIA in a statement. At Phase III, some eligibility criteria have become universally accepted, or used as a template across trials. The impact: certain patient populations have been excluded from participation “without strong clinical or scientific justification.” However, Brown continued, lifting those exclusions and using them to decide if these patients are eligible, and how including these patients would impact the trial—during trial design—could help trial sponsors better determine eligibility requirements.

During the COVID trials, pharma had little choice but to get creative in finding minority participants. Trial sponsors had constant contact with regulators; sponsors monitored trial sites to see who was enrolling, and then compared site numbers to make adjustments; they received FDA feedback and approvals while the trials were ongoing. The risk averse had morphed into the risk be damned.

They relied heavily on technology to find human beings: digital health suites, virtual study coordinators, and mobile phone information to look at traffic patterns that would indicate where people were in lockdown. If a trial site needed help in recruitment or its staff needed help with the technology, the sponsors would send in the Marines, as it were. They took the trial to the patients.

Janssen used mobile units to make sure its satellite services could help screen potentially eligible patients in their communities. Pfizer also monitored traffic. AstraZeneca “chased the virus with interactive speed maps to have a global picture of the affective areas,” said AZ’s Rachele Berria, vice president, U.S. Medical, BioPharmaceuticals in a Prix Galien webinar.20 AZ worked with IQVIA, governments and universities to find sites and used predictive modeling. It also ran systems in parallel (as did the others) and used wearables to monitor vital statistics. “We made ample use of telehealth,” she said.

In a typical trial, sponsors look post-trial to see how well recruitment went, and so on, said Terry Murphy, Janssen’s Global Head of Strategic Operations, Pharmaceutical Development and Manufacturing Sciences, in the webinar. With COVID, “we asked, how are we doing and how can we change things?”

The casual observer will note that these new approaches rely heavily on technology to achieve what ultimately is a person-to-person event. However, it is certainly the improved technologies and processes used during COVID—taking the trial to the patient—that can help change the overall inclusion demographic in clinical trials. 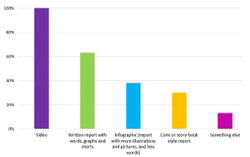 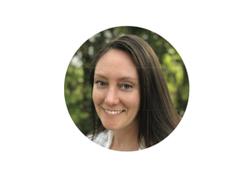 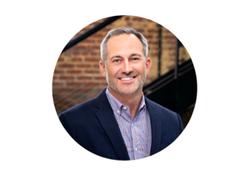